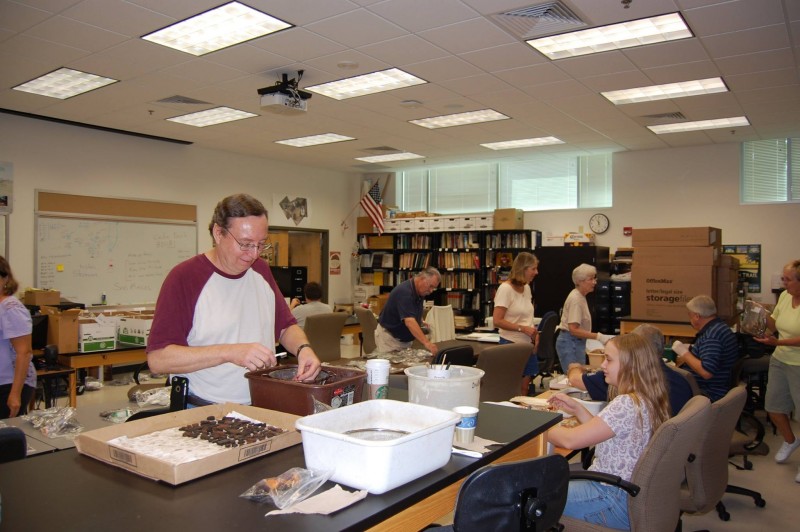 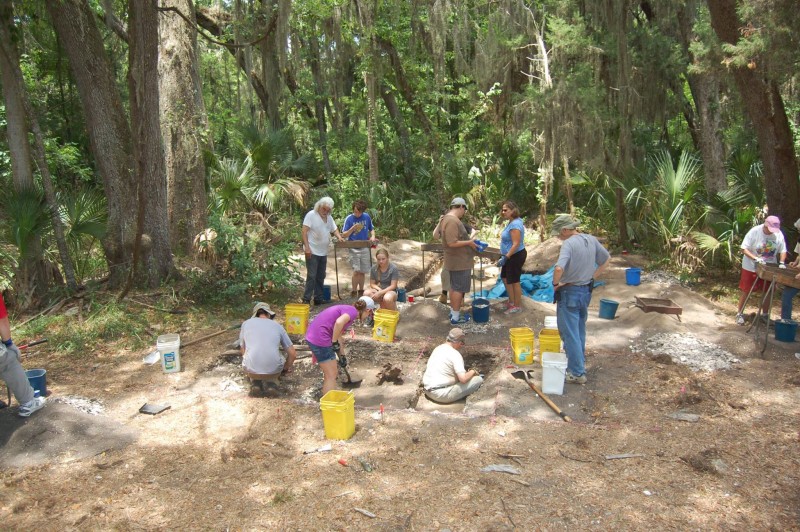 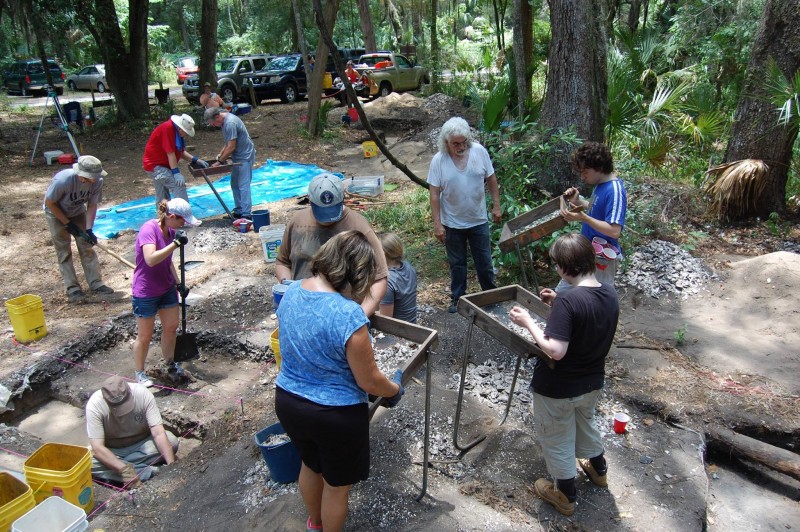 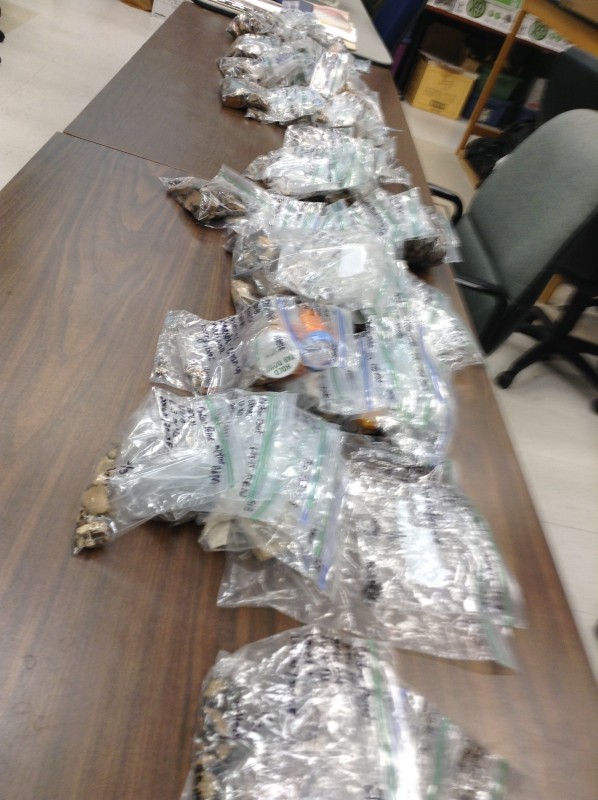 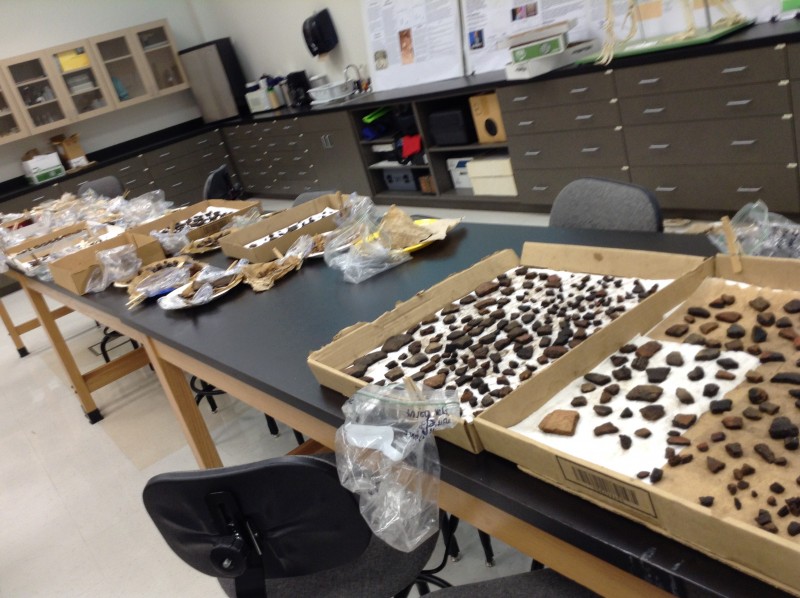 After more than 300 years, the Mission Santa Cruz de Guadalquini came alive with human activity on June 15, 2015, when the Archaeological Institute of America-Jacksonville Society public field school began its operation.  Hosted by the National Park Service Timucuan Ecological and Historic Preserve and under the direction of Dr. Keith Ashley, students from the University of North Florida joined members of the AIA-Jacksonville Society and members of the general public to excavate the site where Mocama Indians lived from 1684 to 1696.

The mission residents had been moved from Cumberland Island, Georgia, to Black Hammock Island, Florida, by the Spanish to protect them from English and French slavers who preyed on the Spanish missions along the East Coast of North America.  Bringing the groups closer to St. Augustine was designed to give them the protection of the Spanish soldiers nearby.

Previous excavations had revealed many aspects of life at the mission but had left some questions unanswered. Dr. Ashley’s lecture, “Life Beneath the Bell,” on June 13 prepared participants for the upcoming excavation and generated great enthusiasm about the purpose of the field school. This excavation extended the limits of the site and added to the data base for generating conclusions about life at the mission.

Over 60 people, including members of 4H, signed up for the AIA public field school, some working just one or two days and others working every day at the site. Several young people accompanied by their parent or grandparent got their first experience in the world of Indiana Jones. Gone was the romantic world of the movies when the real world of dirt, bugs, and heat confronted them.

Funded by an Archaeological Institute of America Outreach Grant, work began in earnest on June 15 with all three groups working together to open up new excavation units. It continued until June 25 under the direction of Dr. Ashley. From 9 a.m. until 3 p.m. volunteers dug with shovels; carried buckets of dirt and artifacts to the screening area; screened bucket after bucket of material; and searched for and sorted artifacts, faunal remains, and plant remains.  All of this activity took place during a heat wave with temperatures in the upper 90s.

The last phase of the field school took place in the Archaeology Lab at the University of North Florida. Volunteers washed and sorted hundreds of bags of materials yielded by the previous two weeks’ work. Those who attended both the site and the lab work got a good introduction to the field of archaeology.