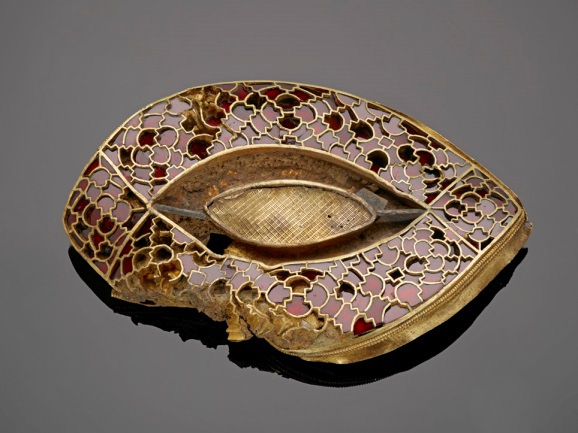 SHCP is a unique project executed by the Birmingham Museum and Art Gallery. Since its inception in 2010, the project has utilized an innovative, team-based approach to conservation. The team not only conserved the Anglo-Saxon artifacts to a professionally high standard, it also successfully engaged both conservation professionals and public audiences through a variety of community outreach programs.

SHCP’s open and collegial approach to establishing a conservation team attracted several professional conservators who brought with them considerable conservation experience. With the help of these professionals, the SHCP was able to ensure the highest standard of conservation possible for the gold and garnet artifacts. Additionally, over two dozen students of conservation have participated in the project, which gave them the opportunity to learn from both the scholars and from handling the hoard itself.

Due to the hoard’s immediate popularity following its discovery, and acquisition by Birmingham Museum and Art Gallery and the Potteries Museum and Art Gallery, Stoke-on-Trent, SHCP made it a priority to involve the interested public in the conservation efforts. The range of activities the Project has delivered for public participation is extraordinary and these efforts have succeeded in raising the profile of conservation in the UK. Public programs included open lectures, studio tours, family days, and written and video blogs that were launched by the conservation team to create a supportive public community that felt engaged and involved with the team and the project. Altogether, these efforts have reached thousands of people and future efforts will reach many more.