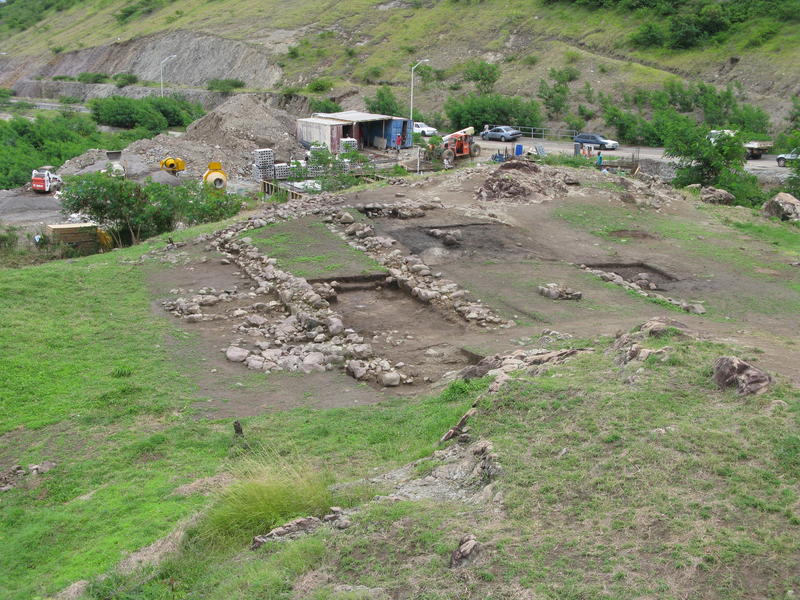 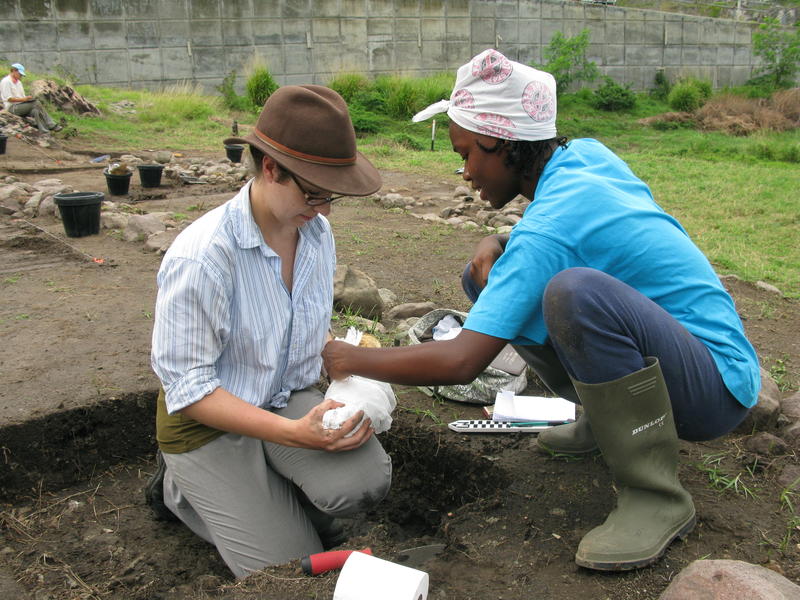 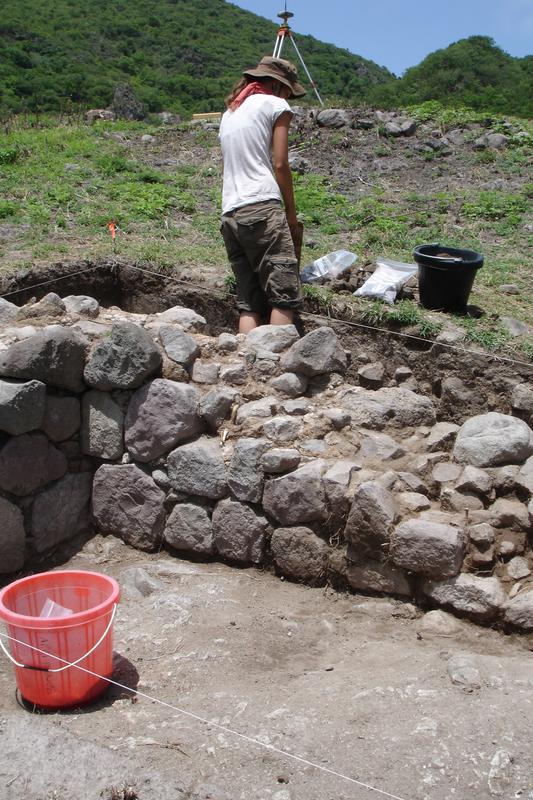 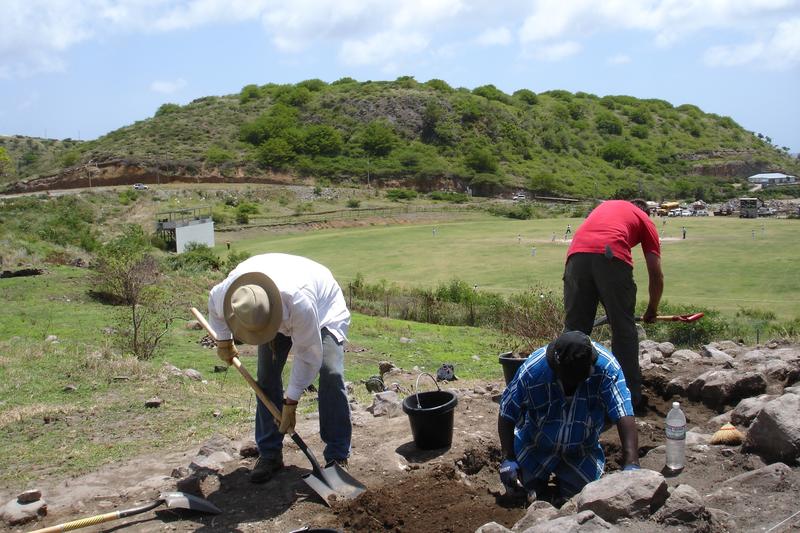 BOSTON—February 9, 2012—The Archaeological Institute of America (AIA) awarded its most recent Site Preservation Grant to the Carr Plantation Archaeology Project on the Caribbean island of Montserrat. The project, directed by Jessica Striebel MacLean of Boston University, will protect and raise awareness of the Carr Plantation—one of the few remaining European heritage sites on the island that dates back to the 17th century.
The majority of Montserrat’s prehistoric and European settlements, historically concentrated in the southern two thirds of the island, were destroyed by the 1997 eruption of the Soufrière Hills Volcano. The pyroclastic flow from the eruption blanketed the southern portion of the island forcing the relocation of the island’s capital and its population to the northern third of the island. The Carr Site is one of the few sites that survived the volcanic activity and MacLean’s project will work to preserve this important monument of the island’s early history.
Past excavations at Carr Plantation have uncovered artifacts connected to the daily life of 18th century Montserratian planters and current excavations have not only added to this knowledge but have also exposed a previously unknown 19th to early-20th century component of the site. The continuous occupation of the Plantation provides researchers with the unique opportunity to understand the nature of European occupation of Montserrat from initial settlement through to the present.
The grant from the AIA will be used to protect the site from urban development and increase local community involvement in its protection and preservation. MacLean’s project will create an archaeology-focused program at local secondary schools in which students will be trained in basic archaeological field and lab techniques; install interpretive signage around the site; develop a guided walking tour of the site to be used in conjunction with the interpretive signs; and erect protective fencing with gate access around the perimeter of the site.
About AIA Site Preservation Program and Grants
The AIA Site Preservation Program emphasizes outreach, education and the spread of best practices in site preservation. The Program supports projects in Belize, Cambodia, Chile, Cyprus, Israel, Ireland, Mexico, Kenya, Jordan, Syria, Turkey, Peru, and the United States. In addition to awards and grants, the program includes advocacy to stop the destruction of archaeological sites; informs U.S. Troops of cultural materials they may encounter while deployed; presents outreach activities for children; maintains online resources for the public and professionals; and hosts workshops. All aspects of the program, including the awarding of grants, are made possible through donations to the AIA Site Preservation Program. To learn more, please visit archaeological.org/sitepreservation.
About Archaeological Institute of America (AIA)
Founded in 1879, The Archaeological Institute of America (AIA) is North America’s oldest and largest archaeological organization. Today, the AIA has nearly 250,000 members and 109 local societies in the United States, Canada, and overseas. The AIA exists to promote archaeological inquiry and public understanding of the material record of the human past worldwide by promoting research; advocating for preservation of the world’s archaeological heritage; and educating people of all ages.
For more information and images please contact:
Meredith Anderson, AIA Senior Programs Coordinator—mlanglitz@archaeological.org
Ben Thomas, AIA Director of Programs—bthomas@archaeological.org