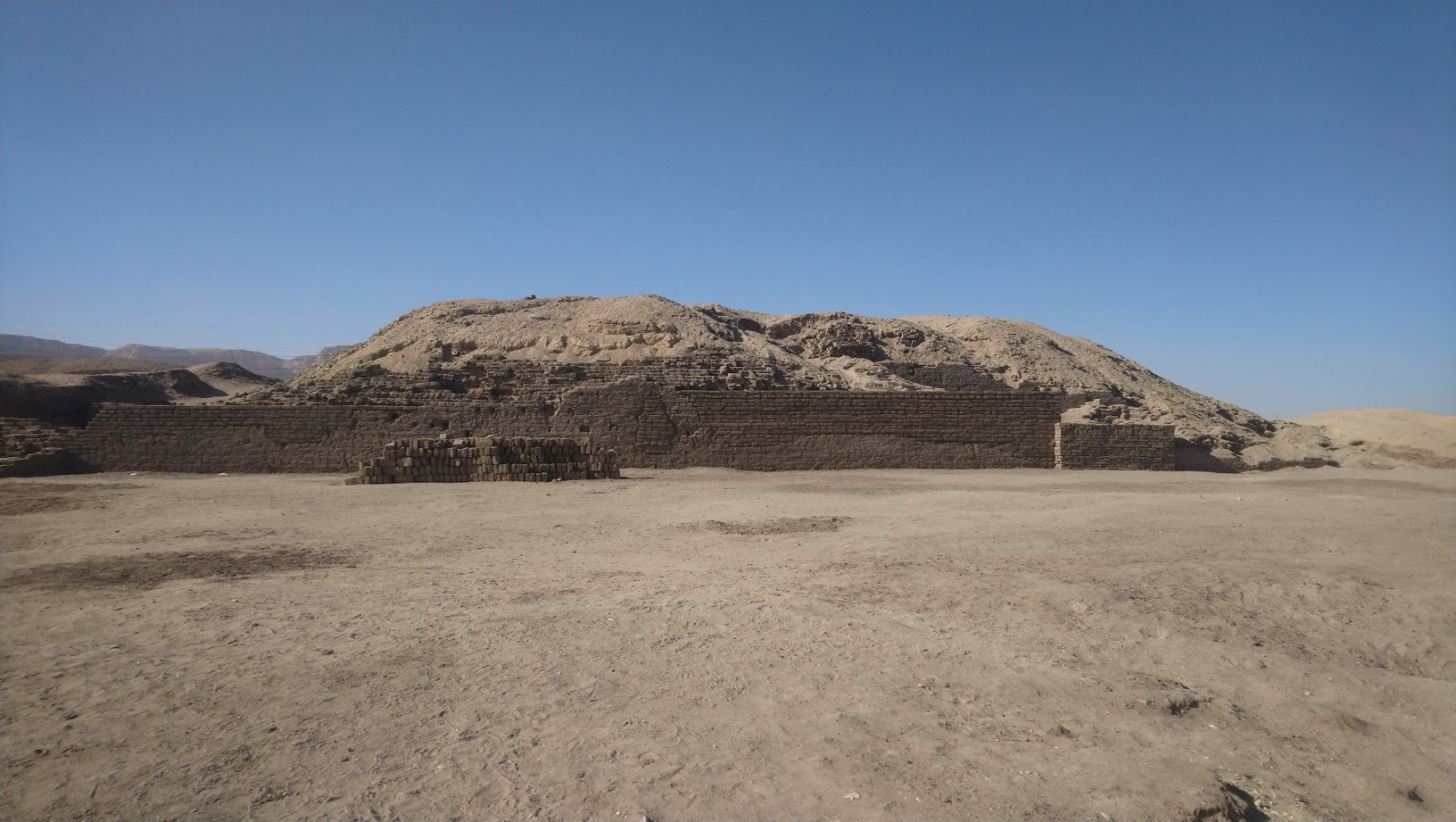 The AIA’s 2019 Site Preservation Grant will fund preservation work taking place at Deir el-Ballas in Egypt. The project is being undertaken by the Ancient Egyptian Heritage and Archaeology Fund and American University in Cairo. A capital for the Theban kings at the end of the Middle Kingdom period, Deir el-Ballas also served as a military base when the Thebans waged a war against the Hyksos. The site includes the remains of two palaces, a workman’s village, an administrative quarter, and a number of private houses, which range in size from small two-room huts to large villas.

Despite its archaeological and historic importance, the site is at risk from looting and more significantly from the expansion of the modern town of Deir el-Gharbi. Illicit digging by treasure hunters has undermined a number of the standing monuments and caused the collapse of a large portion of the South Palace’s facade. The North Palace, located between the modern town and its associated graveyard, was being used as a trash dump. Parts of the ancient settlement were bulldozed for the construction of new housing, cemeteries, and the local pottery industry. The impact of modern development has been exacerbated by the construction of the Western Desert road which runs from Aswan to Cairo.

This AIA supported preservation project will address the damage that has been done to the site, develop a long term site protection plan in conjunction with the state antiquities service, and engage the local population in the preservation efforts. The preservation work will include stabilizing the façade of the South Palace and rebuilding the top of the wall with modern unbaked mud brick; preserving a stair platform that leads to the top of the building’s eastern façade; continuing the removal of modern trash from the North Palace; filling in the North Palace’s emptied casemate foundations with clean sand; and replacing fallen and eroded mud brick with new unbaked mud bricks that conform to the originals.

Project members, led by Dr. Peter Lacovara, intend to work with the antiquities service in Qena to create a plan for long term site management that includes the installation of signage in Arabic and English, a proposed wall that will clearly demarcate the area of the ancient site from the surrounding desert, and efforts to promote an understanding of the significance of the site within the local community. Planned community outreach and education efforts include working with the Education Department of the American University in Cairo to develop lesson plans that will integrate the site and its role in Egyptian history into the existing curriculum at Deir el- Gharbi’s secondary school and the development of an adult education program for residents of the village. In addition, project members have commissioned the creation of a play about Queen Ahhotep and the Hyksos Expulsion centered on the site that will be performed at the restored North Palace by members of the American University in Cairo’s Theater Department.

The AIA Site Preservation Program emphasizes outreach, education, and the spread of best practices in site preservation. All aspects of the program, including the awarding of grants, are made possible by generous donors and AIA members. You can make a donation to support our efforts here.