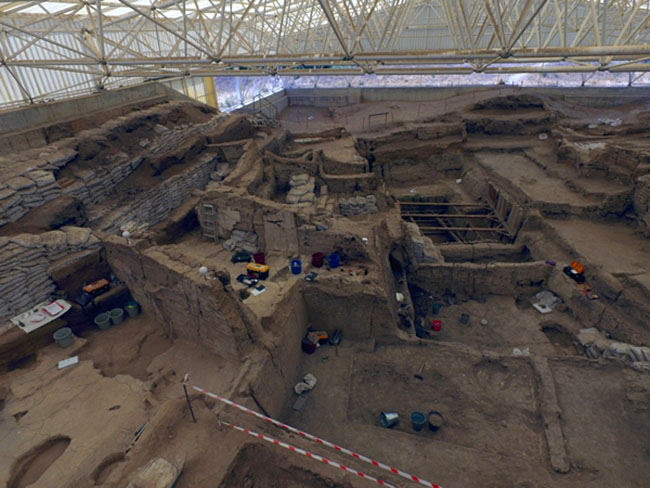 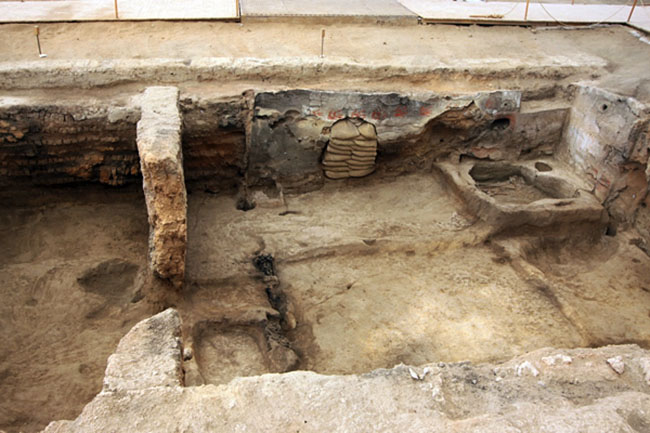 The preservation of the nine thousand-year old site of Çatalhöyük, located on the Konya plain in Turkey, is threatened by the fragile composition of its ancient mud brick structures and the region’s harsh climate. The site, a rare example of a well-preserved Neolithic settlement, was home to between 3500 and 8000 people from about 7,100 to 6,200 BC. The mud brick houses in the street-less settlement were built back-to-back and accessed via the roofs. In 2012 the settlement was declared a World Heritage site because of its importance to understanding human development and social organization at a time when the first agricultural settlements were being developed in Southern Anatolia. The site also gained attention for the presence of large amounts of symbolic and ritual artifacts, including wall paintings and reliefs.

The decay of the site’s fragile mud brick buildings can be attributed mainly to the region’s harsh climate and erosion caused by high levels of soluble salts in the soil. To help combat the deterioration of the site, the AIA awarded its most recent Site Preservation Grant to the Çatalhöyük Digital Preservation Project (CDPP). The CDPP, a collaboration between Nicola Lercari from the University of California Merced World Heritage program and Ashley Lingle, Çatalhöyük Head of Conservation, proposes to use the vast amount of digital survey data collected from the site to create a strategy for monitoring and conserving the archaeological remains. The project will utilize digital technologies in conjunction with current monitoring strategies to build a comprehensive view of the site in its current state and create an informed conservation plan for the future.

By combining current non-digital site monitoring data with digital documentation data from environmental data loggers, terrestrial laser scanning, micro unmanned aerial vehicles (micro UAVs), multispectral and thermal imaging, virtual simulations, and Geographic Information Systems, CDPP plans to develop predictive models that can be used by conservators to employ preventive on-site intervention at the site. CDPP believes that its models will provide insights into problem areas that may otherwise have gone unnoticed and will also allow for the quantitative assessment of the success of earlier conservation efforts. In addition to its technical work, the CDPP will train university students from Selçuk University in Konya and the Middle East Technical University in Ankara and specialists from the local Konya Archaeological Museum to carry on the preservation of the site after the end of the CDPP in 2018.

The AIA and the CDPP believe that the methodology established at Çatalhöyük can serve as a model to be emulated by projects at other sites that are working to protect and preserve large archaeological sites and those that contain earthen structures.