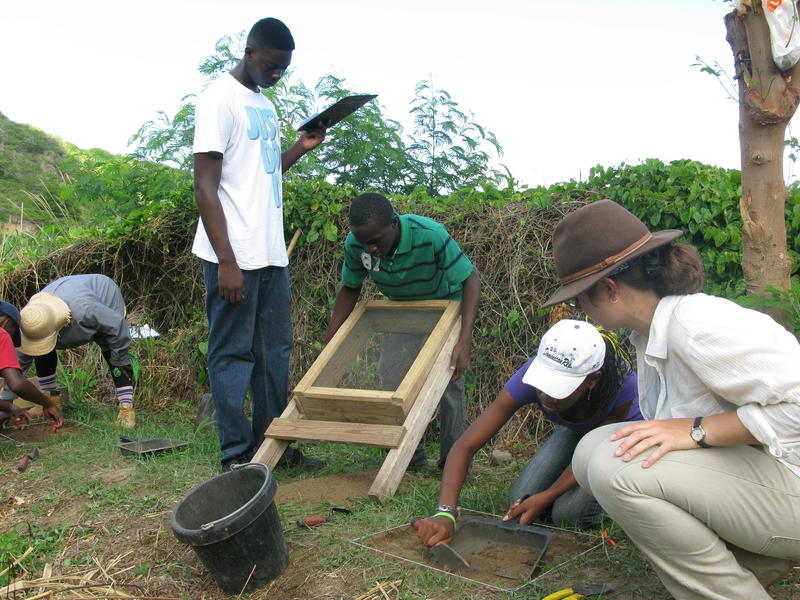 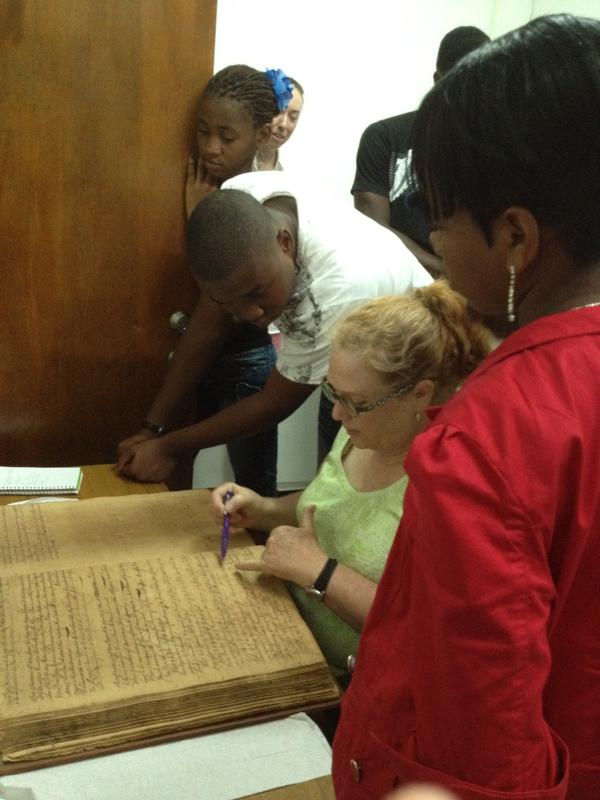 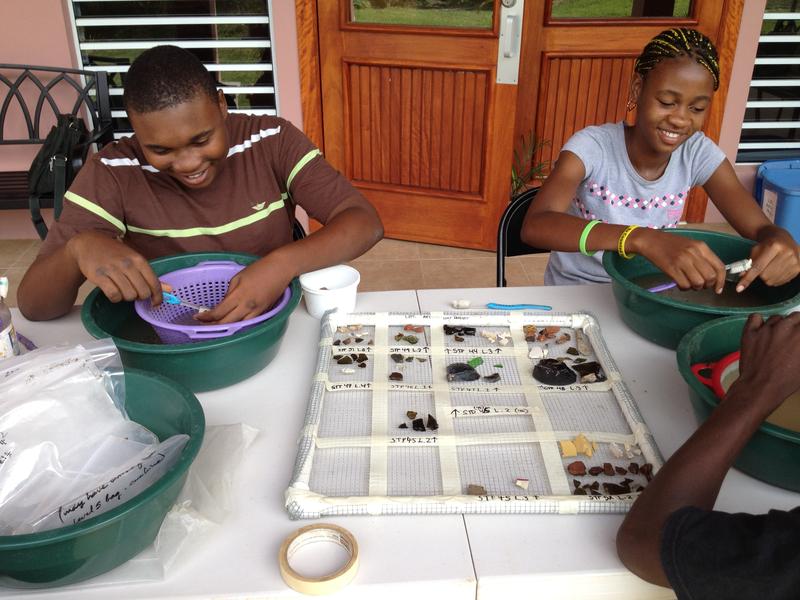 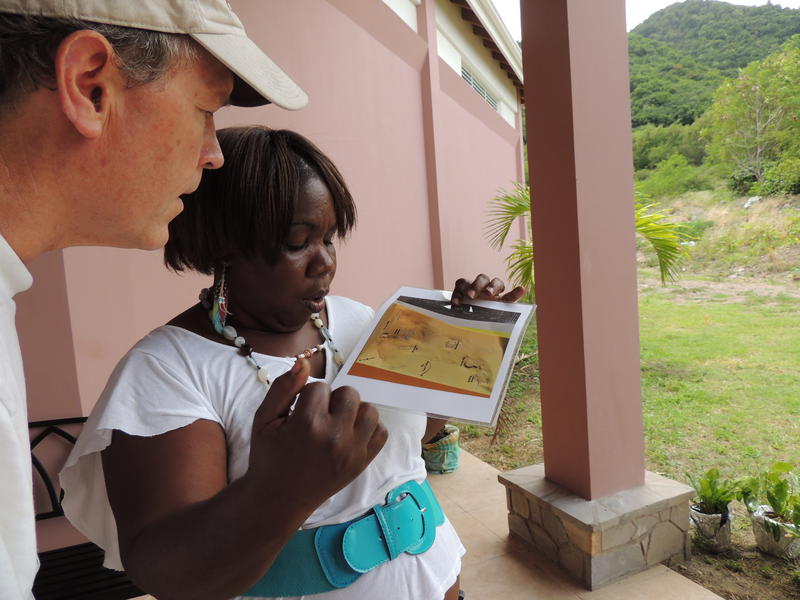 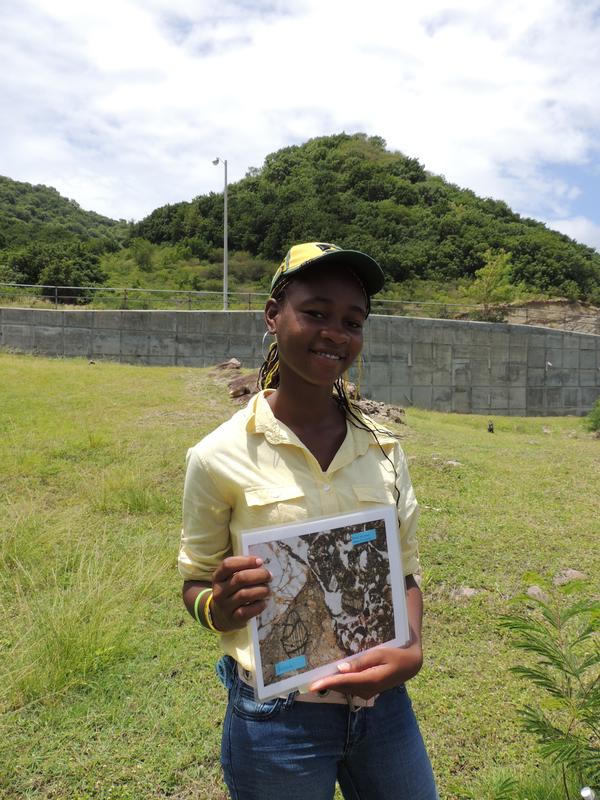 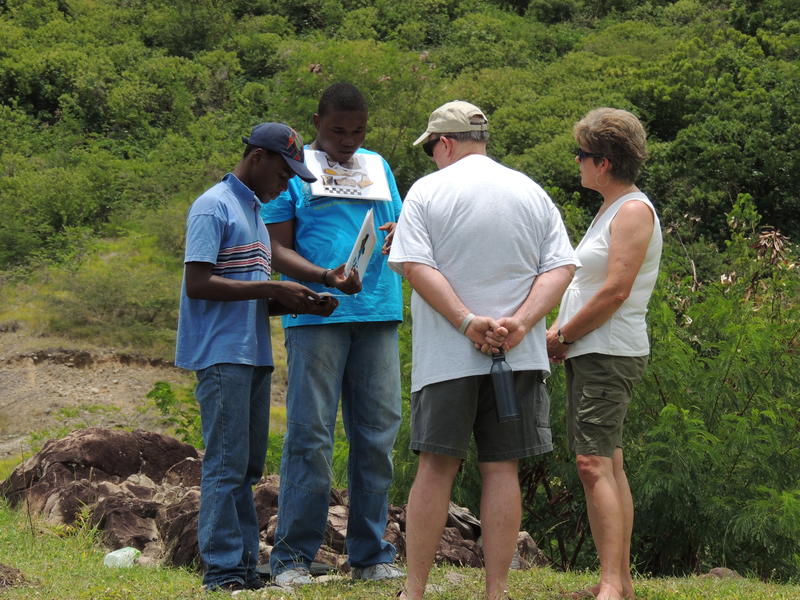 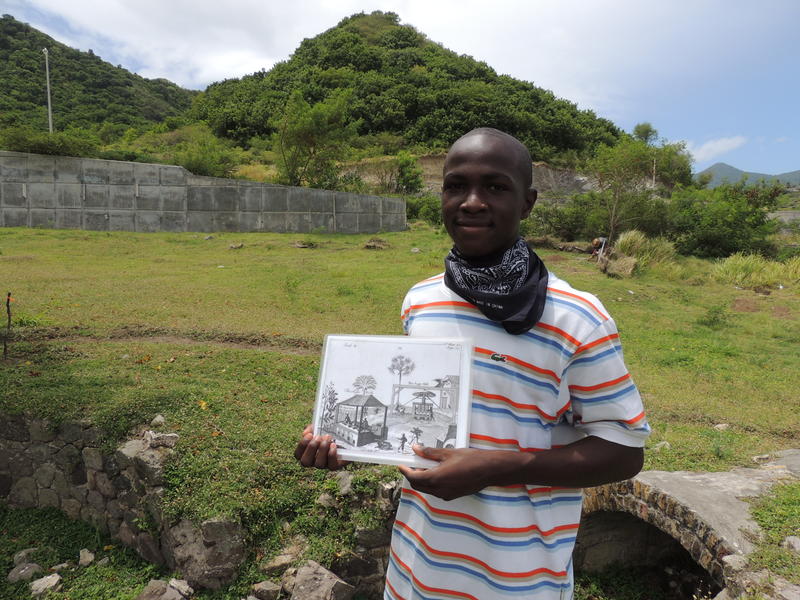 “…whoever draws the longest Lot shall have the first Choice of the plantation…” And so, in 1739, Montserratian planter Robert Piper established in his last will and testament the means by which his two plantations—“Little Bay Plantation” and “Silver Hill Plantation”—were to be divided equally among his four sons, and in so doing, recorded in writing the common name of the plantation that has been the focus of the Little Bay Archaeology Project for the past five years. Prior to the unexpected discovery of Robert Piper’s Last Will and Testament in July 2012, we did not know who had inhabited the plantation in the 18th century or the Plantation’s historical name, an unusual position for historical archaeologists. This archival find, after three years of searching, captures the dynamic and exciting nature of archaeological research that drew many of us to the field in the first place.

Additionally gratifying, the will was found coincidentally with this summer’s AIA supported Secondary School Program in Archaeology. The students participating in the program experienced the excitement as project team members and in turn helped convey it to the Montserratian community, integrating the discovery into the narrative of their public walking tour. Heritage and a community’s connection to the past can be abstractly discussed in a classroom, but ownership of and a desire to protect that past comes more naturally through doing and experiencing, which is exactly what we had hoped to achieve through our archaeological education program.

Due to the seasonal nature of our excavations tied to academic programs in the States, many in the community had come to wonder if excavations had concluded and to question why there appeared to have been nothing accomplished. To address this concern, meetings were held with members of the planning department this season to secure permission for installation of signage on the road above the site. The signage will provide an aerial view of the site and communicate its archaeological process and history, as we understand it thus far. Content for these signs will be developed in the coming year for installation in 2013. Project members also initiated content discussions with the Montserrat National Trust as an initial step in the process of formal community engagement in developing interpretive signage and a walking tour for the Little Bay Heritage site.

The Little Bay heritage site, which is situated within the ongoing construction zone for the new town at Little Bay, will be protected by fencing supported by the AIA grant. This fencing will also serve to visually demarcate the Plantation as a green space and transition zone between the surrounding rural valley and the evolving urban landscape. Over 50 perimeter test-pits were excavated this summer to determine the archaeological sensitivity of the perimeter prior to the installation of protective fencing. Our work unearthed the potential remains of three additional structures along the site perimeter previously established by the government. These structures include the possible remains of the curing house associated with the sugar works. We are now working with the Montserrat National Trust and the government to determine a course of action in light of our recent discoveries.

July 2012 marked the formal expansion of our summer program in archaeology. For 3 weeks, 7 students from the Montserrat Secondary School (ages 13 to 16) were introduced to all aspects of archaeology. The program began in the classroom with a global introduction to the history, science, and ethics of the discipline, followed by a hands-on introduction to excavation techniques and laboratory analysis, and concluded with public interpretation and two days of student led walking tours.

The classroom and field lab were based at the new National Museum completed in 2012, adjacent to the Heritage site at Little Bay. This location provided easy access to the fieldwork component of the program as well as site access for the public. Montserratian students joined members of the Little Bay Archaeological Project in excavating test-pits around the perimeter of the site. Excavating in teams of 3, students learned basic excavation and documentation skills in the field before moving into the lab to wash and label artifacts. During the final week, students worked with project members to develop a tour narrative integrating the information gleaned from the site from three years of excavations. The narrative addressed the question: How do we know what we know: Archaeology and History at the Little Bay Plantation Site from the 17th-Century to the Present.

Field trips designed to illuminate for the participants the archaeological and historical resources in their own backyard were also part of the summer curriculum. A trip to The Cot, a 19th-century estate reclaimed by the jungle vegetation in the Center Hills introduced students to site identification and basic field survey techniques and also encouraged them to begin looking at the island’s landscape as a cultural artifact. A second field trip to the Montserrat Public Library offered students the chance to see first hand and think critically about the types of information and perspectives that are presented in the 18th- to 20th-century documents contained in their own island archives.

The AIA’s generous support will allow us to run the education program again next summer. The program was well received by school administrators (and parents) with whom we worked closely, and plans have been laid to go into the school in March 2013 to recruit next summer’s participants.

Find out about the Carr Plantation and the AIA Site Preservation Grant work being done there.