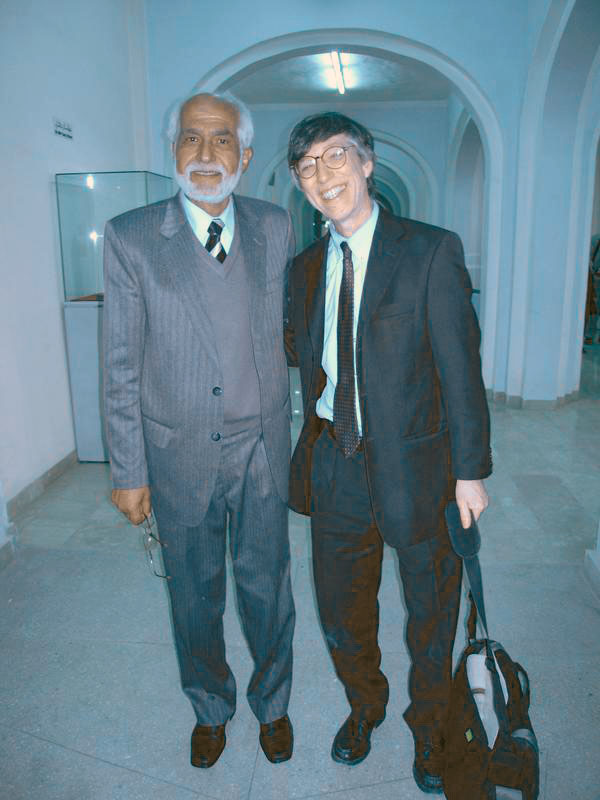 C. Brian Rose, former President of the Archaeological Institute of America, shares his observations about Afghanistan during his current trip:

As many of you will remember, two years ago I had the good fortune of visiting Iraq at the invitation of the US Embassy in Baghdad, and I described my impressions of the country, and especially the condition of the archaeological sites, in a President’s Letter in ARCHAEOLOGY magazine. When I was invited to visit Afghanistan this year, AIA President Elizabeth Bartman invited me to share my experiences with you in a daily blog, of which this is the first installment. I will be in Afghanistan for a week, with five days in Kabul and three in Ghazni, nearly 150 km to the southwest of Kabul.

I am not the only member of this expedition: two American cities have established “sister-city” relationships with Afghan cities: Hayward, California with Ghazni, and San Diego with Jalalabad. Four representatives of the Hayward-Ghazni alliance will be with me throughout the week. The visit is being coordinated by the American Embassy, the Asia Foundation, and the Provincial Reconstruction Team in Ghazni. Rose in front of the mosque in the gardens of babur

Students learning how to weave

One sees the effects of decades of war in most parts of town—some Afghans even refer to it as the Thirty Years War, beginning with the Soviet invasion in 1978. Dealing with the unpredictability of life in Kabul is also not easy—one member of the Asia Foundation said that each day was analogous to finals week in a university. But there is nevertheless a great sense of hope for the future wherever one looks, especially with respect to the many cultural heritage specialists who have devoted years of their lives to safeguarding the cities and their monuments.

I wasn’t expecting to find so much pollution in Kabul, with dense clouds of smog settling against the Hindu Kush Mountains that lie to the north. The standard of living is gradually rising, which is a welcome sign, but it means that the streets are now choked with cars, and increased pollution is the result.

After a security briefing today at the Embassy, we visited the office of Omar Sultan, the Deputy Minister for Information and Culture for Afghanistan, who helped assembled the Treasures of Afghanistan exhibit that has traveled to museums all over the world. Mr. Sultan is an archaeologist himself, and brought the welcome news that a number of countries (including the U.S.) will join with Afghanistan to construct a new archaeological museum in Kabul. What they need, he stressed, were reciprocal arrangements with other museums, especially those who could offer conservation training to Afghan students.

In the afternoon we were treated to a guided tour of the gardens of Babur, the founder of the Mughal dynasty in the early sixteenth century, and the great-grandfather of Shan Jahan, who constructed the Taj Mahal. This lies near the center of opposing battle lines during the civil war of the 1990’s, and bullet holes still scar the buildings; but the entire complex has recently been carefully restored, as have the gardens, and our guide showed us a video on his camera of the New Year’s Festival that took place there last week, during which the gardens were filled with thousands of celebrators.

The security is good enough that we don’t need to wear body armor as we explore the city, and we feel the Asian tradition of hospitality everywhere we go. I’ll get a sense of a very different part of Kabul tomorrow afternoon when I lecture on cultural heritage preservation at the university.