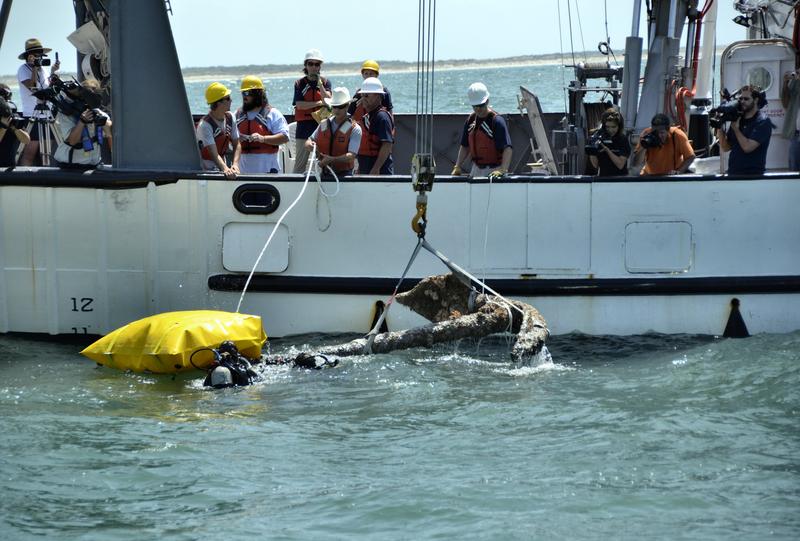 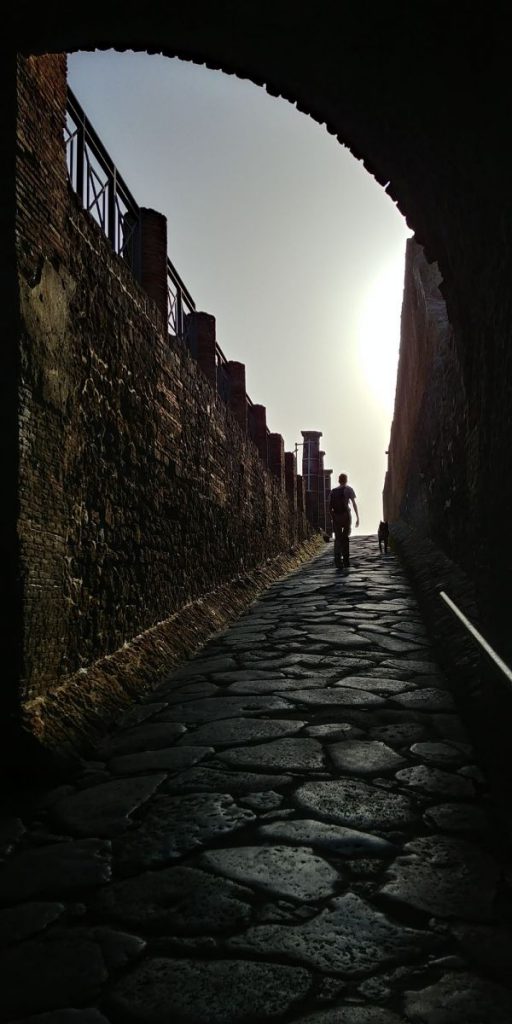 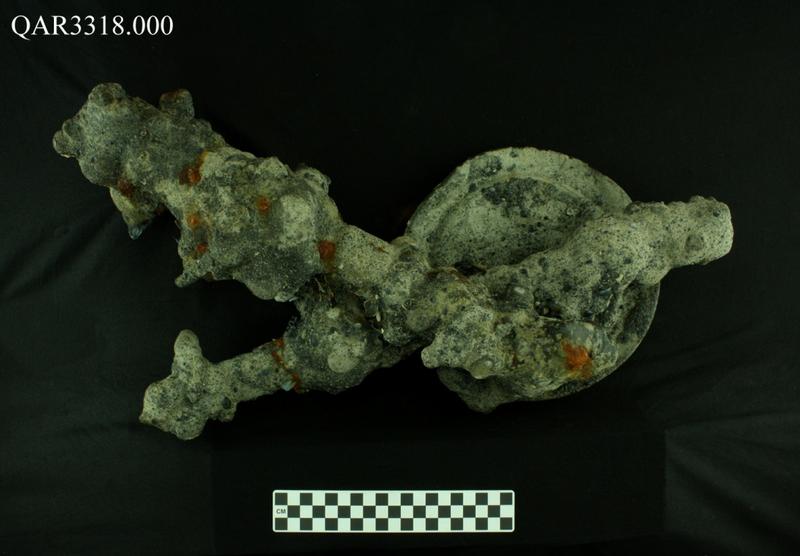 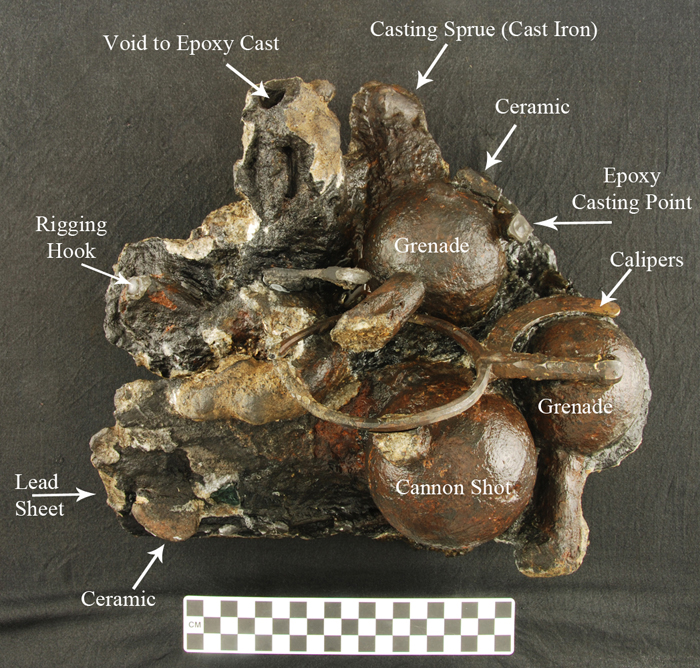 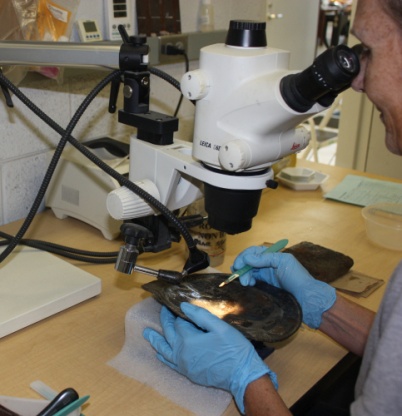 The shipwreck 31CR314 was discovered in November 1996 in the Beaufort Inlet off the coast of North Carolina. Historical records, archaeological research, and the wreck’s location and artifact assemblage have all contributed to the identification of this wreck as the Queen Anne’s Revenge (QAR), the flagship of the pirate known as Blackbeard, which ran aground in June 1718.

As the wreck site is located in North Carolina State waters, its management, investigation, preservation, and protection are the responsibility of the NC Department of Cultural Resources (NCDCR), through its Office of State Archaeology and Underwater Archaeology Branch (UAB). The significance of the site was recognized with its 2004 listing on the National Register of Historic Places.

The QAR Shipwreck Project began with preliminary archaeological excavations in 1997 and 1998, targeted at gathering information on the site’s condition and vulnerability to threats in order to inform a Management Plan, which was eventually completed in 1999. The management plan recommended that given the site’s importance and location in a weather-battered inlet, excavation with full recovery of all remains was best suited to achieving conservation of the ship and its contents. In 1999 and 2000 following Hurricane Floyd’s passage up the NC coast, a rescue excavation at the site recovered part of the ship’s hull in addition to cannon, concretions, and ballast stones. The focus of the QAR Project then shifted to provision of conservation facilities – space, equipment, and staffing – critical to the further recovery of artifacts from the site. It was also essential at that stage to treat, analyze, and study those artifacts already recovered and to test the hypothesis that the remains were consistent with the site being the QAR.

With funding provided through a Save America’s Treasures grant, NCDCR partnered with East Carolina University in March 2003 to establish the Queen Anne’s Revenge Archaeological Conservation Laboratory (QAR Lab) at ECU’s West Campus Research Campus in Greenville, NC. The QAR Lab officially opened in January 2004. With sufficient infrastructure in place to support the project, the UAB began full recovery of the site in fall 2006.

By the end of the 2011 fall field season about half of the site had been excavated, working from south to north—from stern towards the bow. The recovered artifact assemblage included thirteen cannon, two anchors, the stern post, some of the hull planking, about 3000 concretions, and a total object count of approximately 280,000 pieces (of which some 250,000 are lead shot).

NCDCR has planned for complete excavation of the site with recovery of artifacts scheduled to take place from fall 2012 to 2014.

Conservation at the QAR Lab: Summer 2012

Conservation work at the QAR Lab, with a staff of seven, included progressing three artifacts representative of the diverse QAR assemblage through the conservation steps that take them from ocean floor to museum door: an 11 foot long, 2000 pound anchor;  a pewter plate that still shows its original maker’s marks, allowing it to be traced to a craftsman in London in ca. 1709; and a concretion containing nearly a dozen artifacts, including ceramic pieces, grenades, and calipers.

Artifacts were photographed, cleaned, and separated in the lab, all conducted while keeping the fragile artifacts under conditions that would not allow for further corrosion. In the case of the anchor, this meant keeping the artifact submerged in a watery environment similar to the one from which it was excavated years before. Once the artifacts have been documented and thoroughly cleaned, each is ready to be incorporated into a museum exhibit that will help the general public learn more about this fascinating shipwreck and the artifacts themselves.

Public education and outreach continue to be an important aspect of the work of the QAR Shipwreck Project.  Both in the field and in the lab, the project provides a unique resource for a wide range of material culture studies. The QAR also provides educational and research opportunities in conserving artifacts from a marine environment for faculty and students at ECU, archaeologists, museum staff, and other professionals.  During the academic year, collaborative work with colleagues at ECU and other organizations and institutions picks up momentum.  Collaborative work on about fourteen research projects will also continue this year with ECU faculty and students across multiple departments and researchers from other universities and organizations.

As it may take many years for some artifacts to complete the necessary conservation steps prior to exhibition, it is important for QAR Project team members to ensure that these artifacts do not appear to the general public to have sunk without trace once sent to the QAR Lab. This is done in various ways, including group tours of the QAR Lab; Open Houses; talks tocommunity groups and  schools classes; and through social media. The NCDCR QAR project website (www.qaronline.org) has just undergone a makeover and now includes links to regular QAR updates on blog posts, Facebook, and videos.   The QAR Project is represented at state archaeology days and other community events, with talks and show and tell demonstrations held for visitors.

To find out more about the Queen Anne’s Revenge and the Site Preservation Grant at work there, visit: http://www.archaeological.org/projects/queenannesrevengenorthcarolina