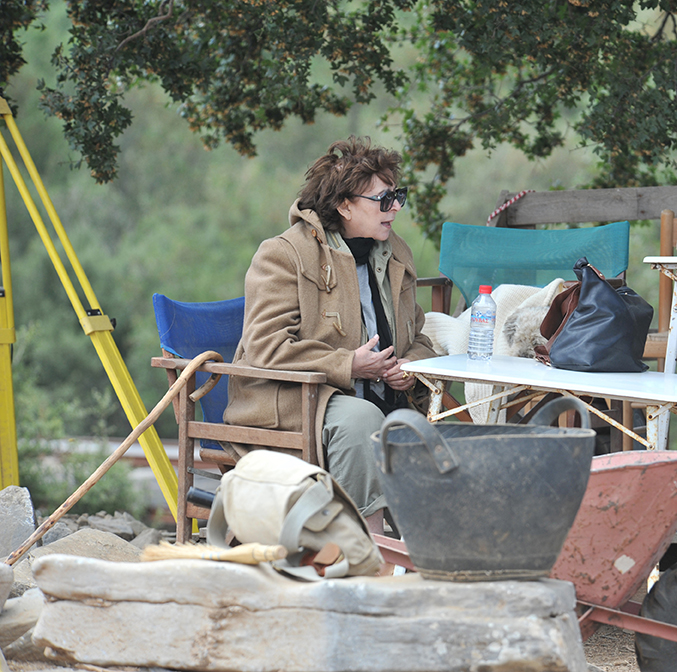 Dr. Efi Sapouna-Sakellarakis was born in Piraeus and grew up in Athens. She graduated from the faculty of Philosophy at the University of Athens and she read for her PhD in the same department. She also graduated from the School of Industrial Studies (University of Piraeus). She continued her studies with postgraduate degrees in London and Heidelberg. As a scholar of the Deutsches Archäogisches Institut, she wrote two books.

She worked as a curator at the museums of Nafplion, the Acropolis, Olympia, and Iraklion (Crete), and for many years she was an executive of the American School of Classical Studies at Athens for the excavations in the ancient Agora and specifically the Stoa of Attalos. She also worked in the archives department of the Ministry of Culture and for the ephorate of underwater archaeology. She took part in many excavations in ancient Olympia, Kerkyra, the Acropolis, Knossos, Zakros, etc. Along with Professor Yannis Sakellarakis, she directed the excavations at Archanes for which they got the freedom of the city and were awarded by the Academy of Athens. Since 1984, she has been a curator in Euboea, running and publishing the results of numerous excavations on the island, as well as in Skyros and east Boeotia.

The design, organization, and creation of museum exhibitions are among her main interests (Chalkida, Eretria, Skyros, Karystos, Collection of Potamia Kymis, Aedipsos, Archanes, and Zominthos), along with the production of educational programs, guides, and newsletters. She collaborated on many publications, including the History of Greek Ethnos, Lexicon Iconographicum Mythologiae Classicae, Britannica, Encyclopedia Italiana, and Soviet Encyclopedia, where she wrote all the entries for the prehistoric period. She has also collaborated with French Television as a costumier for a film about Troy (Pathé Cinema).

Efi Sapouna-Sakellarakis is a member of the Archaeological Society at Athens, the Panhellenic Numismatic Society, the German Archaeological Institute at Berlin, and a lifelong member of Psycha Foundation that finances numerous excavations. She has also taken part in numerous world symposiums and congresses, and has traveled around the world with her husband, invited by the Soviet Academy of Sciences in Moscow and the Metropolitan Museum in New York, and as delegates from the Council of Europe to Japan, the Near East, Scandinavia, and many universities in Europe and the U.S.

She has written more than 150 books and articles related to the Minoans, Mycenaeans, and Cycladic culture. In recent years, she has been occupied with the publication of scientific reports for Euboea since the Palaeolithic period, the Early Helladic Manika, and Hellenistic Amarynthos. She now works along with Professor Yannis Sakellarakis on forthcoming publications about the Idaean Cave and Zominthos.