Dispatches from the AIA – January/February 2011 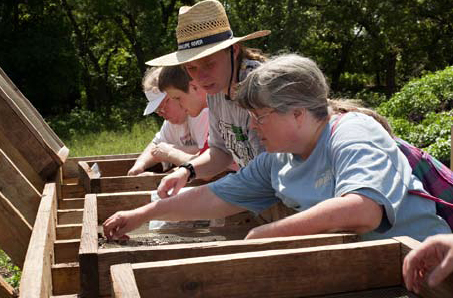 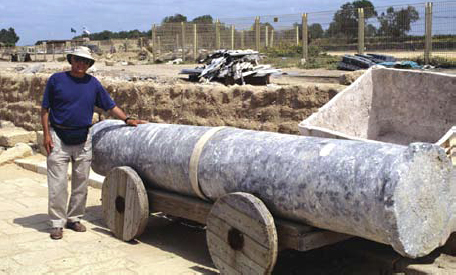 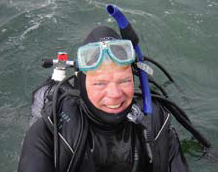 In April 2010, the AIA awarded its fifth Site Preservation Grant to the Gault School of Archaeological Research (GSAR) in central Texas to support the expansion of educational and outreach programming at the Gault Site – GSAR’s largest and best-known project.

The Gault Site is widely regarded as one of the most significant archaeological sites for understanding the initial arrival and settlement of people in the Americas. Continuously occupied by humans for over 14,000 years, the site has yielded over 2.6 million artifacts during archaeological excavations in the last 12 years. The evidence for long-term occupation and the density of artifacts uncovered at Gault is helping to overturn the long- standing theory that early Americans were completely nomadic mammoth hunters. The site’s proximity to a good water source, edible native plants, and one of the largest chert sources in North America made it an excellent location for these early settlers.

Specialists at Gault have had great success in determining the uses of many of these stone tools by analyzing markings on the stone under a microscope—often determining if the tool was used to cut grasses, scrape wood, process hides, or for some other task. In the coming years the Gault Site will continue to advance our knowledge of early peoples in the Americas. The site is also helping archaeologists understand the Clovis culture. The Clovis people are known for a particular style of stone projectile points, dated to about 13,500 years ago. These artifacts were first discovered near Clovis, New Mexico, in the 1930s. At the time, they were the earliest known human artifacts found in North America.

Unfortunately, the site’s proximity to current population centers has left the site vulnerable to looters and collectors. The grant from the AIA will help GSAR Executive Director D. Clark Wernecke educate local people, especially educators and students, about the significance of the site and raise awareness of the need to protect our past.  As Wernecke notes, “it is more effective—and certainly more cost-effective—to enlist hundreds of pairs of eyes (to protect the site) rather than erect fences, cameras, and other security systems.”

The expanded programming includes workshops for teachers, the creation of a teacher’s guide to accompany a wonderful informational movie that was created by GSAR in 2008, and a series of presentations at conferences around Texas. Wernecke points out that “people, particularly in the United States, believe that archaeology is something that happens elsewhere. Here we have an internationally famous site right in people’s backyards.”  GSAR wants to make sure that people learn about this incredible archaeological resource and the AIA is helping them achieve that goal.

The AIA Site Preservation Program emphasizes outreach, education, sustainable development, and the spread of best practices in site preservation. The Institute also supports preservation projects in Belize, Cambodia, Chile, Cyprus, Jordan, Peru, and Turkey. The program is made possible through donations to the AIA. To learn more, please visit www.archaeological.org/sitepreservation.

At the Gault Site’s teacher’s workshops, participants learn many of the basic skills of archaeological excavation, including screening for artifacts.

Rome Wasn’t Built in a day

Each year, the Archaeological Institute of America’s Lecture Program provides over 300 free public lectures to AIA Local Societies in the U.S. and Canada. Lecture topics address the most recent fieldwork and research being conducted around the world and are presented by the archaeologists and scholars involved in these projects. The Charles Eliot Norton Memorial Lectureship established in 1907 and named after the AIA’s first president and founding member is one of the highest honors that the AIA can bestow on a scholar. The 103-year list of Norton Lecturers is a virtual who’s who of the world’s eminent archaeologists. The 2010/2011 Norton Lecturers include John Peter Oleson of the University of Victoria, British Columbia.

Specializing in ancient maritime technology and Roman building tech- niques, John Peter Oleson has been co-director of the Caesarea Ancient Harbour Excavation in Israel, direc- tor of the Humayma Excavation Project in Jordan, and co-director of the Roman Maritime Concrete Study. He has received numerous awards for his work, and has published 11 books and over 75 articles and chapters.

Starting in spring 2011, Oleson will travel around the U.S. lecturing on “Harena Sine Calce (“Sand Without Lime”): Building Disasters, Incompetent Architects, and Con- struction Fraud in Ancient Rome.” During its tenure as a major world power, the Roman Empire was responsible for many impressive architectural works, some of which stillstandtothisday. For a structure to survive as long as 2,000 years suggests that ancient Roman architects were quite competent in their trade. Yet those buildings that remain are but a small percentage of the total number that the Roman Empire built throughout its territory. What caused some buildings to disappear while others remained? Were the Romans really such good construction engineers after all? Using Roman literary, epigraphical, and legal texts as primary sources, Oleson reveals instances of fraudulent contracting, cost overruns, and construction disasters, as well as misjudged urban planning and a disregard for regulations that sometimes resulted in loss of life and property. Apparently, some things never change.

Visit www.archaeological.org/lectures for a full listing of the 2011 Lecture Program, and contact your local AIA Society or call 617-358-4184 (lectures@aia.bu.edu) for more information on events near you.