Dispatches from the AIA – July/August 2012 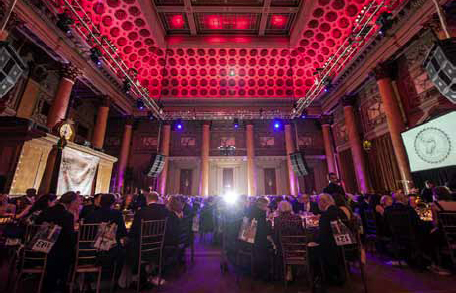 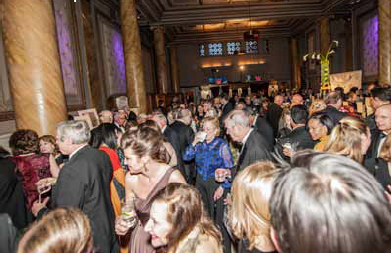 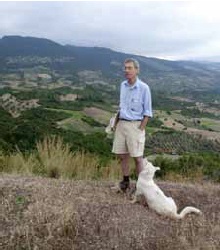 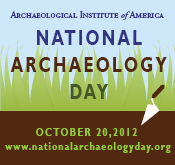 From November 1862 to June 1863, Stafford County, Virginia, was home to over 130,000 Union soldiers housed in military encampments that occupied thousands of acres of the Virginia countryside. The soldiers spent their time in the encampments recovering from injuries and sickness; building roads, fortifications, and winter huts; digging latrines; collecting firewood; and drilling in preparation for future battles. Most of the soldiers (over 3,500 troops died in these camps) left for Gettysburg in 1863, after which the Union Army abandoned Stafford County.

Today the sites of many of these encampments lie within the boundary of a regional landfill that is jointly owned by Stafford County and the City of Fredericksburg. In 2006, the Friends of Stafford Civil War Sites (FSCWS), in response to the encroaching landfill, began working with local officials to preserve the sites through the creation of a publicly accessible park with roads and trails linking the historic features contained within. In the years that followed, archaeological studies to determine the extent of the historic sites were conducted, some preliminary engineering work was undertaken, materials were secured, and the all-important process of raising funds for the project was initiated. In July 2011 construction of the park began with the help of a federally approved “Innovative Readiness Training Exercise” proposed by the FSCWS to the Virginia Army National Guard’s 276th Engineer Battalion.

In March 2012, the Archaeological Institute of America (AIA) Site Preservation Program awarded FSCWS a grant to assist with the preservation of these sites and the creation of the park. The AIA grant will be used to protect the site from development, as well as to educate local residents and visitors on the rich history of the area. As a part of this process, eight interpretive signs will be installed at strategic points around the park to inform visitors about the sites and the history of the area.

The Stafford Civil War Park Site includes visible remains of the winter encampments and huts, three large Union artillery batteries, ruins of a pre–Civil War bridge, an old sandstone quarry, and roads built by soldiers of the Union’s 11th Corps, Army of the Potomac. By opening the park during the Civil War Sesquicentennial celebrations, the Friends of Stafford Civil War Sites plan to remind visitors about an important chapter in United States history and shed light on the lives of the over 130,000 Union soldiers who spent a winter and spring in Stafford County during the Civil War. To learn more about the AIA Site Preservation Program and to read about the other projects that we support, please visit www.archaeological.org/sitepreservation

The Archaeological Institute of America held its fourth Spring Gala attended by nearly 300 friends of the fourth Spring Gala at Capitale in New York City on April 25, 2012.  The event, hosted by National Public Radio’s Brooke Gladstone and attended by nearly 300 friends of the AIA, celebrated Turkish archaeology and culture. The highlight of the evening was the presentation of the Bandelier Award for Public Service to Archaeology to renowned archaeologist, Crawford H. Greenewalt, Jr., for his exemplary work at the site of Sardis in Turkey.  Greenewalt, one of the world’s leading authorities on the archaeology of Asia Minor, was field director of the Sardis project for more than 30 years. He joins previous Bandelier Award recipients George F. Bass, Martha Sharp Joukowsky, and Harrison Ford.

The Turkish theme was highlighted in the décor and through an exquisite dinner created by Capitale’s chefs in collaboration with archaeologists familiar with the cuisines of ancient Lydia, the Ottoman Empire, and present-day Turkey. The unique dishes created for the Gala incorporated traditional Turkish ingredients, both ancient and modern, and were paired with Turkish wines and raki–an unsweetened, anise-flavored liqueur popular as an aperitif in Turkey.

While the Galas are an opportunity to celebrate archaeology, archaeologists, and ancient cultures, they are also the Institute’s largest fund-raising events. Through table and ticket sales, silent and live auctions, and targeted pledge drives, the AIA uses the Galas to raise funds for its various outreach programs. At this year’s event, a special pledge drive was held to raise funds for the AIA Site Preservation Program. A portion of the money raised will be used to support a project that is working to conserve the wreck of the Queen Anne’s Revenge— flagship of the notorious pirate Blackbeard. The Queen Anne’s Revenge now rests off the coast of North Carolina in an area that is threatened by frequent hurricanes and severe storms. The funds will be used to assist with the conservation of the thousands of artifacts recovered from the wreck and to create educational programs that will inform the public about the site and shipwreck.

To read more about the 2012 Gala, please visit www.archaeological.org/gala.

Sardis was the capital of ancient Lydia and home to King Croesus. For more than half a century, Crawford H. Greenewalt, Jr., worked on the Archaeological Exploration of Sardis, a project cosponsored by Harvard University Art Museums and Cornell University. Greenewalt started at Sardis in 1959 as the site’s first official photographer and eventually became its field director—a position he held for over 30 years, from 1976 to 2008. Through his tenure at Sardis and other sites in Turkey, Greenewalt, or “Greenie,” as his many friends and colleagues know him, is of the world’s leading authorities on Lydian culture.

At the 2012 AIA Spring Gala, the Institute honored Greenewalt with the Bandelier Award for Public Service to Archaeology for his exemplary work at Sardis. Several AIA members, who knew Greenewalt, who had worked with him, and who had studied under him, offered words of tribute at the award presentation. Following are some excerpts from their remarks.

C. Brian Rose, AIA Past President and James B. Pritchard Professor of Archaeology at the University of Pennsylvania: “I first met Greenie when I was a very young and callow graduate student. But Greenie, to my surprise, treated me as a senior scholar in the field. It is this unusual altruism that has marked Greenie’s career at Sardis, as well as his contributions to archaeology in Turkey … he was willing to use the enormous breadth of his knowledge and vision to bring our scholarship to a level that it would otherwise not have reached. And he would often put aside his own work in order to do it.”

George F. Bass, 2011 Bandelier Award Winner and Professor Emeritus at Texas A&M: “In spite of his accomplishments, he remains unassuming and modest. He has the special gift of making you feel that you are the one person he is most delighted to see at that moment.”

Fikret Yegul, member of the Sardis Archaeological Expedition and Professor in the Department of Art History at the University of California, Santa Barbara: “Greenie’s connection to Anatolian archaeology was not limited by his obvious contributions to Lydian art and culture as the primary excavator of Sardis. Rather, it was shaped by his deep and genuine interest in and appreciation of Turkish/Anatolian culture as a totality—its history, literature, music, its simple everyday sensibilities and humor—archaeology representing only a part of his broad, humanistic contextual perspective.”

The lasting affection and respect that Greenie generated in the hearts and minds of those who knew him is a testament to his character. These personal attributes combined with his exceptional scholarship,  mentoring, and generosity makes him the ideal candidate for the Bandelier Award for Public Service to Archaeology.

Plans for the second National Archaeology Day (October 20, 2012) are well under way, and interest in the event is growing. Over 30 organizations have signed on as Collaborating Organizations— a significant increase from the 14 that joined last year. Once again, collaborators range from large national organizations to smaller regional museums and local archaeological organizations. A major participant in this year’s event is the National Park Service, which is encouraging its almost 400 facilities to mark the day with public programming. Overall, planners expect the 2012 event to be significantly larger than last year’s inaugural events, with many more opportunities for people to participate in archaeological activities and events. We have also increased National Archaeology Day’s digital presence. You can now  “like” us on Facebook and follow us on Twitter and Pinterest. You can read more about National Archaeology Day at www.nationalarchaeologyday.org

AIA partnerships and collaborations—SAA and EAA

The AIA is prioritizing the creation of partnerships and collaborations with other like-minded organizations, and in the past few years the Institute has increased cooperative actions and efforts with groups like the Society for American Archaeology (SAA), the American Anthropological Association (AAA), the European Association of Archaeologists (EAA), and the World Archaeological Congress (WAC).

In April, representatives from the AIA attended the 77th Annual Meeting of the Society for American Archaeology (April 8–11, 2012) in Memphis, Tennessee. Ben Thomas, AIA Director of Programs, and Meredith Anderson Langlitz, AIA Senior Programs Coordinator, presented papers titled, “National Archaeology Day and Public Outreach” and “Sustainable Preservation: The Future of Saving the Past.” The paper on National Archaeology Day was presented in a symposium called “Public Archaeology in the 21st Century” and focused on using large-scale events like National Archaeology Day to raise public awareness of archaeology. The site preservation paper was presented in a session called, “Papers about Heritage and Management of Cultural Property” and discussed the compilation of best practices in site preservation based on the findings of the AIA Site Preservation Program. AIA representatives serve on several SAA committees and the Institute has a presence in the Annual Meeting’s exhibit hall.

From August 30 to September 1, 2012, AIA representatives will attend the 18th Annual Meeting of the European Association of Archaeologists in Helsinki, Finland. At last year’s meeting in Oslo, Norway, AIA and EAA representatives met to discuss greater cooperation between the two groups. Subsequently, efforts have been made to cross-promote events and encourage members of each organization to participate in the other’s events. In Helsinki, AIA representatives will present academic papers and will have an exhibit in the book room. We encourage all AIA members to participate in the 18th Annual Meeting of the EAA in Helsinki.