Dispatches from the AIA – July/August 2015 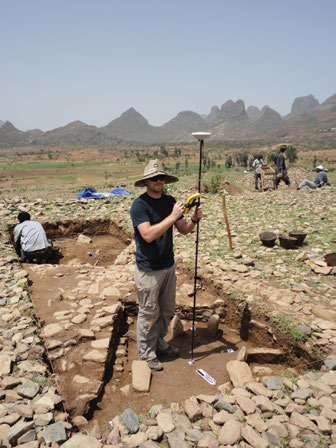 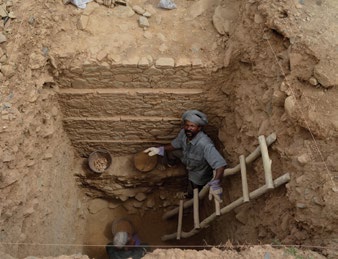 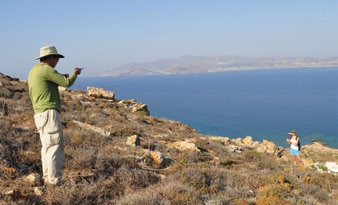 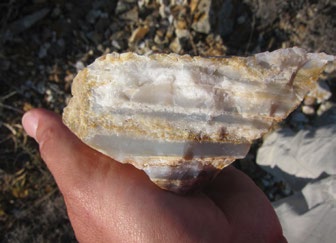 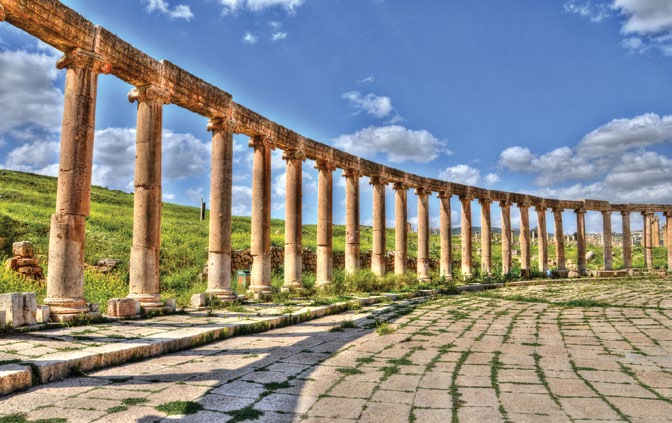 Michael Harrower, assistant professor in the Department of Near Eastern Studies at Johns Hopkins University in Baltimore, Maryland, and Tristan Carter, associate professor at McMaster University in Hamilton, Ontario, are the winners of the 2015 Cotsen Excavation Grants. Each will receive an award of $25,000 to support their excavations and research.

Harrower was awarded the Cotsen Grant for mid-career project directors to support his ongoing work at the ancient Ethiopian town of Baita Semati. Discovered in 2009, Baita Semati, with its deep stratigraphy, monumental architecture, and impressive range of ceramic, metal, and glass artifacts, and plant and animal remains, is one of the more important archaeological sites recently discovered in Africa. Through his research there, Harrower is attempting to unravel the complex political and religious dynamics of the region from the second through seventh centuries A.D.

The research at Baita Semati will consider both domestic and monumental contexts in an effort to understand how local and global influences combined to propel political and religious change from South Arabian–inspired polytheism to Christianity and Islam across Ethiopia.The work at the settlement will also examine the influence and role of the empire of Aksum on Baita Semati and the region, and assess how Aksum’s conversion to Christianity in the fourth century a.d. affected the daily lives of its citizens. Harrower will also look at how the dramatic seventh-century rise of Islam across Arabia influenced Aksum and whether the empire’s reduced involvement in maritime trade during the early Islamic era precipitated its demise.

Carter was awarded the grant for first-time project directors for the Stélida Naxos Archaeological Project (SNAP) in Greece. Stélida, located on the northwest coast of the island of Naxos, was the southern Aegean’s major chert source. SNAP will excavate a prehistoric chert quarry and stonetool workshop on the Greek island in an effort to detail the site’s history of use from the Lower Paleolithic through the Mesolithic periods, catalogue the characteristics of stone-tool production at the site, and track the changes in production strategies over time.

On a broader scale, SNAP proposes to use the data from Stélida to address the major debates concerning the dates and routes of early human dispersals into and out of Europe, whether these population movements involved seagoing, and, additionally, the quarrying and toolmaking relationships of early hominins, Neanderthals, and Homo sapiens. The project is also working on ways of effectively presenting prehistory to the public. Carter believes that this research will enable SNAP to engage a broad range of social scientists, share information with a wide audience through multimedia channels, and draw much-needed attention to the region’s prehistory.

The Cotsen Excavation Grants are made possible through the generous support of Lloyd E. Cotsen, former AIA Governing Board Member and chairman of the Cotsen Foundation for the ART of TEACHING and the Cotsen Foundation for Academic Research. Cotsen is the former president, CEO, and chairman of the board of Neutrogena Corporation. His personal interests include the study of ancient architecture—a passion that led him to volunteer on archaeological excavations in Greece for more than 20 seasons, often serving as the digs’ architectural specialist.

Through the Cotsen Excavation Grants, the AIA offers significant support for professional members of the AIA. Two grants of $25,000 each are available annually, with one providing seed money to an archaeologist organizing his or her first excavation, and the other providing assistance to a midcareer archaeologist working to move forward with an excavation in progress. The next deadline for application is November 1, 2016. To read more about the Cotsen Excavation Grants and other AIA grants and fellowships, please visit archaeological.org/grants The fifth International Archaeology Day (IAD) will be celebrated on October 17, 2015. IAD, organized each year by the AIA, is a global celebration of archaeology that is growing rapidly in terms of events and participants. In 2014, almost 400 Collaborating Organizations from around the world joined the AIA to host approximately 500 events that were attended by more than 100,000 people. The fifth IAD promises to be even bigger. The U.S. National Park Service and the National Oceanic and Atmospheric Administration’s National Marine Sanctuaries program have once again signed on as partners. If you are interested in participating in IAD, please visit archaeologyday.org to find out how you can become a Collaborating Organization, or use our events calendar to find an event near you.

AIA to Launch Young Archaeologists Program in the Fall

The AIA is pleased to announce the launch of the Young Archaeologists Program. Starting in October 2015, AIA Kids and AIA Teens will allow young archaeology enthusiasts to be a part of the AIA. Participants will receive an ID card, a subscription to an age-appropriate archaeology publication, regular newsletters, the opportunity to complete an annual certificate program, access to interactive online content, special recognition opportunities, and much more. Sign up for a launch alert at archaeological.org/launchalert

The AIA received more than 250 archaeology-themed photos taken in more than 30 different countries for its fourth annual Photo Contest. Entries were submitted to the categories Monuments, Excavation, Field Life, Fun Finds, and Archaeological Landscapes. More than 11,000 votes were cast in one week in support of the various entries. The winner of each category will receive a complimentary one-year membership to the AIA, and the top photos will be featured in the AIA’s 2016 calendar. Thank you to all of our participants for sharing their amazing experiences and beautiful photographs. To see more images, go to archaeological.org/news/aianews/19084