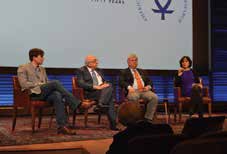 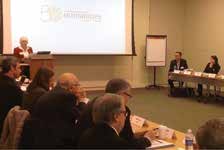 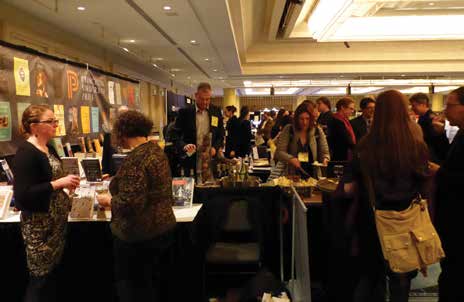 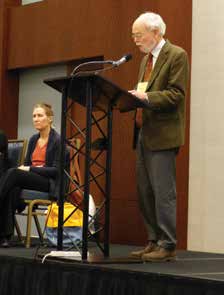 In December 2015, the Archaeological Institute of America (AIA) and the American Schools of Oriental Research (ASOR) co-organized a twoday conference, Seeking Collaboration: A Summit for Projects Collecting Cultural Heritage Data in Syria and Conflict Zones. The summit, held in Washington, D.C., was sponsored by the National Endowment for the Humanities (NEH), with additional assistance from the Rust Family Foundation, the National Geographic Society (NGS), and the Council of American Overseas Research Centers. Representatives from 19 international groups involved in protecting the cultural heritage of Syria and other conflict zones met to identify opportunities for collaboration that could maximize the impact of their efforts.

In addition to promoting archaeological inquiry and supporting archaeologists and their research, the AIA advocates for protecting archaeological sites and preserving the world’s archaeological heritage. The protection of cultural heritage in Syria and other zones of conflict is an urgent matter. Every day, archaeological and historical sites in these areas are being damaged or destroyed by war, terrorism, and looting. Dozens of nonprofit and nongovernmental organizations have responded to this crisis. Just in the latter half of 2015, cultural heritage conferences held at the Smithsonian, the Metropolitan Museum of Art, and the Asia Society called for the many groups working on this problem to find ways to achieve a division of labor and greater collaboration. The goal of the AIA-ASOR summit was to bring some of these projects together to move closer to that aim.

Day one of the summit was a closed session hosted by NEH and moderated by Thomas Barritt of Ketchum Communications. Participants engaged in both large group sessions and breakouts to describe their projects, brainstorm principles of collaboration, and identify specific ways they could work together. On the second day, which was hosted by NGS, participants met to finalize discussions from the first day, agree on the principles of collaboration, and discuss the next steps for the initiative. A panel of representatives from grant-making agencies described the types of support available for cultural heritage protection initiatives. Panelists included representatives from NEH, the National Science Foundation, NGS, and the World Monuments Fund. The panel also included a private philanthropist with a strong interest in protecting cultural heritage.

A key outcome of the summit was that representatives of the organizations attending the conference unanimously agreed to abide by a set of principles of collaboration. In addition to accepting the principles, participants discussed practical steps. These included establishing a website for the initiative that would include contact information for participants, a database of all projects working in the area (not just those conducted by summit attendees), rules and regulations for data sharing, a forum for exchanging ideas, and a calendar for meeting and promoting projects. Participants agreed to actively look for opportunities to collaborate in data sharing, viewing and vetting data from different projects, adopting the same data management platform and the same standards for data collection, sharing best practices and expertise, providing training in data standards, and helping the people of Syria and other conflict zones who work on the ground.

A significant boost to the efforts was provided by an anonymous donor who contributed $25,000 for mini-grants to enable collaborating groups to meet and plan. Since the summit, the NGS has granted an additional $15,000 for this purpose. The summit organizers will outline the application and review process for these mini-grants and will also seek additional funding.

Finally, the participating groups agreed that it was important to let others in the world know about their work through conference presentations and workshops, publishing articles, promotion on websites and social media, and progress reports and updates in the Dispatches section of Archaeology magazine.

American Association for the Advancement of Science

Computational Research on the Ancient Near East, University of Toronto

Endangered Archaeology in the Middle East and North Africa,

The Oriental Institute of the University of Chicago

The Syrian Heritage Archive Project (a joint project of the German

Archaeological Institute and the Museum for Islamic Art in Berlin)

The Day After Project

The Past for Sale Initiative at the University of Chicago

U.S. Committee of the Blue Shield

Samuel H. Kress Grants for Research and Publication in Classical Art and Architecture funds publication preparation or research leading to publication undertaken by professional members of the AIA. Deadline: March 1

Elizabeth Bartman Museum Internship Fund assists graduate students or those who have recently completed a master’s degree with the expenses associated with participating in a museum internship either in the United States or abroad. Deadline: April 1

All AIA programs and initiatives including cultural heritage protection activities, site preservation, grants for excavation and publication, and outreach and education are made possible through the generous support of our members and friends. We thank you for your continued support. Please visit archaeological.org/giving or call 617- 353-8709 to make a gift to the AIA.

More than 2,400 at Annual Meeting in San Francisco

The 117th AIA-SCS Joint Annual Meeting in San Francisco attracted more than 2,400 attendees making it the largest west coast gathering for the annual event. As in previous years, the Program for the Annual Meeting Committee put together an exciting and diverse program of paper and poster sessions, colloquia, roundtables, and workshops. The academic events were supplemented by awards ceremonies, committee and interest group meetings, receptions, and networking opportunities. The meeting started on a high note with Professor Lord Colin Renfrew’s lecture titled Looting and Beyond: Rediscovering the Early Cycladic Sanctuary on Keros delivered to a standing-room only crowd. Renfrew, as he has done throughout his career, brought attention to the troubling issue of looting and its effects on archaeological sites and human history.

In addition to Renfrew’s lecture, destruction of cultural heritage, especially in areas of conflict, and the response to it, was discussed in sessions titled New Developments in Cultural Property Protection in Conflict Zones and Evidence and Emergency Responses to Cultural Heritage Destruction in the Middle East. Other highlights from the meeting included the Presidential Plenary Session, Climate Change and Human Society: Past, Present, and Future which focused on human interactions with the environment, the AIA Awards Ceremony, and the annual Society Representatives’ Breakfast. A number of sessions at the meeting honored scholars and long-time members of the AIA, including Malcolm Bell III, who received the Gold Medal Award for Distinguished Archaeological Achievement and Norma Kershaw, a lifelong supporter of the Institute. The AIA also conducted important administrative and governance business at the Annual Meeting including meetings of the Governing Board and the AIA Council.

The second AIA Educators’ Conference was held on Saturday, January 9. Titled, Next Steps: A Working Conference for Archaeological and Heritage Outreach Professionals, the conference built on the success of last year’s event held at the meeting in New Orleans and focused on the actions and activities that had occurred in the time between conferences, created a plan for the next year, and, most significantly, produced a draft statement of ethics for archaeological and heritage education that was endorsed by everyone in attendance. The statement will be distributed for comment and revision before it is finalized and shared with organizations and individuals working in the field. More news from the educators’ conference will be published in a forthcoming installment of Dispatches.

The AIA-SCS Annual Meeting is a wonderful opportunity for archaeologists, classicists, heritage educators, AIA Local Society members, and anyone interested in the discipline to gather and learn from each other. Held over the first weekend in January, the meeting is a great way to be archaeologically inspired and renewed at the start of each year. We hope you can join us next year in Toronto for the 118th AIA-SCS Joint Annual Meeting.