Dispatches from the AIA – March/April 2012 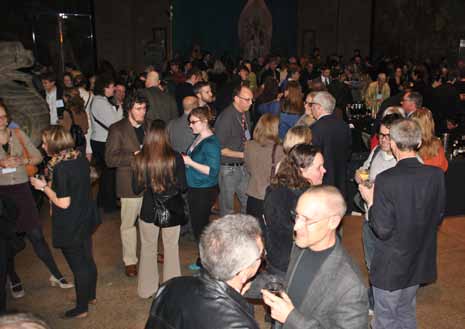 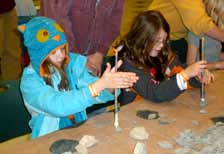 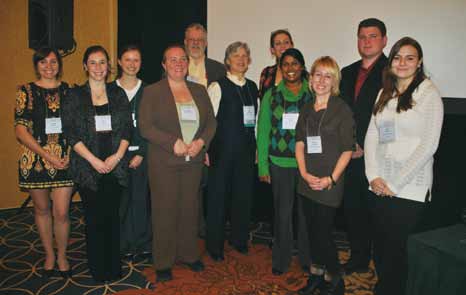 More than 3,200 people attended the 113th AIA/ APA Joint Annual Meeting held in Philadelphia from January 5th through the 8th, 2012, making it the largest meeting in AIA history. The four-day conference brought together archaeologists, classicists, epigraphers, heritage specialists, and members of the public interested in learning about the latest archaeological research and discoveries. The program included more than 60 sessions and symposia, approximately 300 papers, and several special events that dealt with a wide variety of topics, including recent fieldwork in the Mediterranean and Near East regions, ancient urbanism, religion, architecture, and pottery.

The meeting’s inaugural event was an outstanding opening-night lecture entitled “Uncorking the Past: Ancient Ales, Wines, and Extreme Beverages,” presented by Patrick McGovern, scientific director of the Biomolecular Archaeology Laboratory at the University of Pennsylvania Museum of Archaeology and Anthropology. McGovern’s long involvement with the archaeology of fermented beverages has produced several publications on the manufacture and role of spirits and other alcoholic beverages in the ancient world. His preoccupation has also resulted in collaborations with a national brewery to produce ales inspired by ancient brewing recipes. The lecture and ensuing reception were hosted by the University of Pennsylvania Museum of Archaeology and Anthropology.

There were special events, including a plenary on death and burial organized by AIA president Elizabeth Bartman. The plenary, first in a series of programs that will examine traditional archaeological topics in light of new methodologies and techniques, featured archaeologists from across the globe and examined death and burial in Hellenistic Etruria, medieval Italy, Mesoamerica, the American Midwest, and California.

Other sessions at the meeting focused on cultural heritage and the importance of protecting resources, especially in areas affected by conflict. A special workshop, sponsored by the Site Preservation Committee, initiated a new project that will define best practices and produce a document that can be used as a primer for those interested in undertaking preservation and conservation initiatives at archaeological sites.

In addition to the sessions for professionals, several programs, including the 12th Annual Archaeology Fair, were tailored specifically for the general public. The AIA is committed to public outreach and provides information and opportunities for members of the public to interact with archaeologists and experience firsthand what archaeologists do through programs like the fair. The event was held at the Franklin Institute on January 7th and was attended by an estimated 1,000 people. Fair participants were able to visit with 10 different archaeological and cultural organizations who let visitors try on the armor of a Roman soldier, learn about Maya mathematics, throw an atlatl, make cordage and stone pendants— and much, much more!

The AIA/APA Joint Annual Meeting provides a forum for members of the archaeological community to interact with one another and with colleagues in other related disciplines. The meeting highlights the latest research, initiates and provokes important discussions, allows for the creation of new partnerships, encourages scholarship, and generally provides an invigorating environment for people who are fascinated by the ancient world and the discipline of archaeology. We invite all of you to join us in Seattle from January 3rd through the 6th, 2013, for the 114th AIA/APA Joint Annual Meeting!

A Glimpse into the Ancient Balkans

The Annual Meeting is only one of the many programs organized and presented by the AIA. The second half of the 116th AIA Lecture Season launched in January. This year, over 100 speakers will present approximately 300 lectures at 109 AIA Local Societies. One of our featured lecturers, supported by the Samuel H. Kress Foundation, is Yannis Lolos of the University of Thessaly. Lolos specializes in landscape archaeology, the archaeology of the Hellenistic city, and Greek and Roman architecture and topography. He will travel to seven local AIA societies and speak about his exciting work at the ancient Greek city of Sikyon, in the northern Peloponnese, and on the Via Egnatia, the Roman road that connected the eastern and western parts of the Roman Empire.

While excavations at Sikyon have typically focused on the city’s famous sculpture, painting, and major architectural monuments, a 15-year regional survey project led by Lolos is documenting the rich and diverse human presence and activity in the city from the earliest times to the modern era.

The Via Egnatia was the first Roman highway built east of the Adriatic Sea. Its construction was initiated by the proconsul of the Roman province of Macedonia, probably in the mid-140s b.c. The almost 700-mile-long road crossed many nations and important cities in what are now modern Albania, F.Y.R.O.M., Greece, and Turkey. Though large parts of this artery have been destroyed, some sections are still visible. In his lecture, Lolo will follow the Via Egnatia from west to east and track its history through the centuries.

Visit www.archaeological.org/ lectures for a full listing of the 2011/2012 Lecture Program. Contact your local AIA Society, or call 617- 358-4184 (lectures@aia.bu.edu) for more information on events near you.