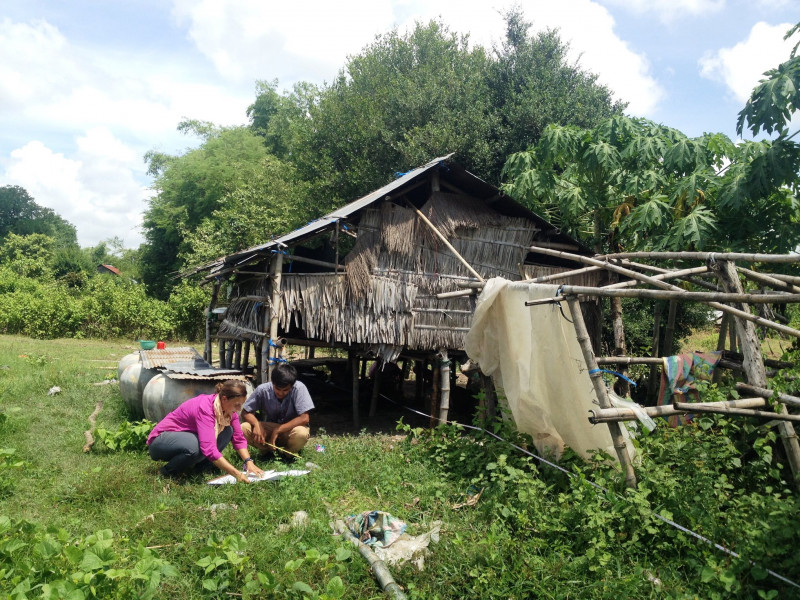 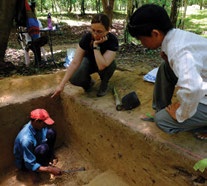 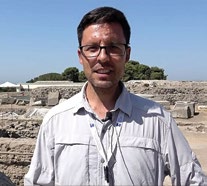 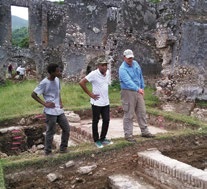 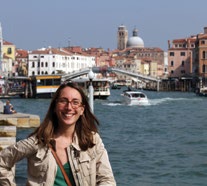 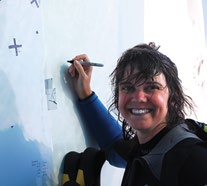 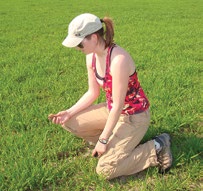 AIA Fieldwork and Research Grants Support Archaeology Around the World

Since its founding in 1879, the Archaeological Institute of America (AIA) has supported responsible and ethical archaeological research and excavations. To this end, the AIA provides a number of annual grants and fellowships to support scholars and their work. In the last two years, the AIA has added several grants, including the newest one, the Kathleen and David Boochever Endowment Fund for Fieldwork and Scientific Analyses. Here are the latest round of winners of this and other AIA grants and fellowships:

Carter’s project, Beneath the Floors: Soil Chemistry of Occupation Surfaces at Angkor Wat, Cambodia, employs chemical analysis of the floor surfaces in a house mound at Angkor Wat in order to provide a better understanding of the activity areas within the house. This will, in turn, shed light on the daily lives of Angkorians between the ninth and fifteenth centuries.

For the Venus Pompeiana Project: Monumental Architecture, Religion, and Cultural Change at the Temple of Venus in Pompeii, Italy, Mogetta will compare information from a series of new excavations to legacy data from research conducted at the site since the late 1800s. This will help clarify the chronology of the main building phases at the Temple of Venus, the nature of the rituals conducted there, and the building’s evolution in size and significance from the Samnite to Roman periods.

The Cotsen Excavation Grant for Ongoing Projects
The Milot Archaeological Project: 2018 Excavations at the Palace of Sans-Souci, Haiti

The project will explore the royal palace site of Sans-Souci, central to the creation of royal power in the Kingdom of Haiti. Monroe will examine the architectural chronology of the site, the nature of domestic life, and the regional economic networks in which the palace was embedded. This will contribute to the broader discussion on the materiality of power and state formation and the emergence of sovereign states in the postcolonial Caribbean.

Nowlin’s regional survey project, the Sinis Archaeological Project, Sardinia, Italy, in west-central Sardinia, is designed to explore the diverse social and environmental factors that affected resource extraction, settlement patterns, and colonial interactions in this dynamic landscape from the first millennium B.C. through late antiquity. The project will also conduct an intensive pedestrian survey along with a drone survey to map the landscape.

During the 2018 UnderwaterArchaeological Survey of Gökçeada and Bozcaada, Turkey, Carlson will conduct a comprehensive underwater survey of the only two Aegean islands of Turkey not to have been studied
this way, Gökçeada and Bozcaada. Research off the coast of Troy has shown that ancient seagoing ships that sank while sailing toward or waiting to enter the Sea of Marmara are likely to be preserved in the waters off the Troad. The proposed survey will employ INA’s brandnew archaeological research vessel, Virazon II, and will use side-scan sonar and sub-bottom profiling.

The Ellen and Charles Steinmetz Endowment Fund for Archaeology

Riebe will analyze ceramic and lithic assemblages from the Late Neolithic Herpály site, Esztár-Fenyvespart, on the Great Hungarian Plain, in order to determine how connected the site was to other Herpály sites and potentially to Tisza settlements on the plain. She will use a portable laser ablation device to gather microscopic samples of prehistoric ceramics that will be analyzed using the laser ablation inductively coupled plasma mass spectrometry (LA-ICP-MS) device in the Elemental Analysis Facility at The Field Museum.

His dissertation, “Trailblazers and Trendsetters: Immigrants and Their Tombstones in Classical Athens,” examines tombstones from the late sixth and fifth centuries B.C. in Athens to discover how immigrants were incorporated into or excluded from the major cemeteries there. Shea will document tombstone styles in the immigrants’ home regions to determine if these styles were preserved in Athens or if Athenian modes were adopted instead.

Her dissertation, “Roman Conquest and Changes in Animal Economy in the North-East Iberian Peninsula,” rests on the examination of faunal remains from the ancient city of Tarraco, Spain, and surrounding sites to assess how livestock economies and landscapes were altered by Roman occupation.

The Archaeology of Portugal Fellowship

Seabra’s dissertation, “Laid to Rest or Laid to Rise? Evaluating Trends in the Christian Mortuary Practice in Medieval/Modern Portugal,” will evaluate patterns in a wealth of new information and attempt to identify biases, such as age and sex, that influence the amount and type of grave goods, use and type of container, and placement of the body.

All AIA grants and fellowships are made possible through generous donations and gifts from members and readers like you. If you are interested in supporting archaeological research and fieldwork, contact the AIA’s Director of Development, Elizabeth Bailey, at ebailey@archaeological.org or 857-305-9357.

AIA programs and activities, serving both archaeologists in the field and the general public, are made possible by the generosity of our members and donors. Dues and contributions help the AIA continue its mission of supporting archaeological research, preserving sites around the globe, promoting outreach, and bringing the world of archaeology to readers like you through its publications and websites. Join today at archaeological.org/join.