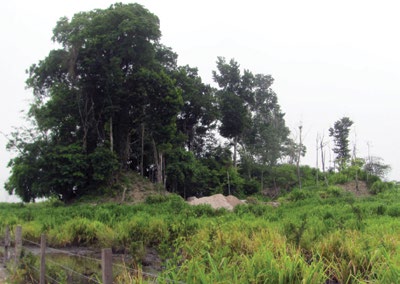 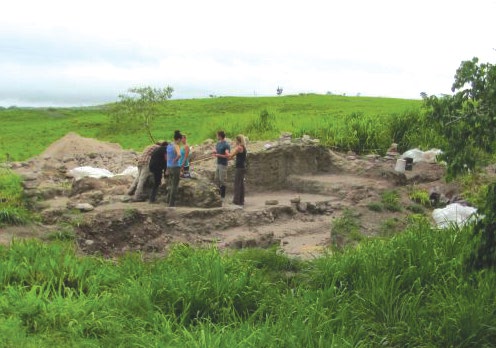 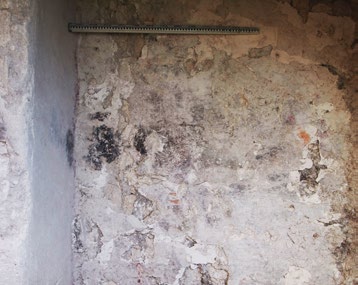 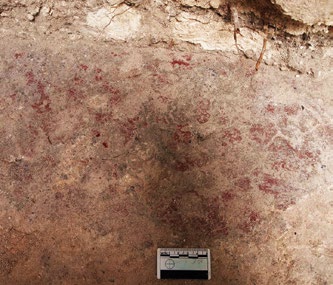 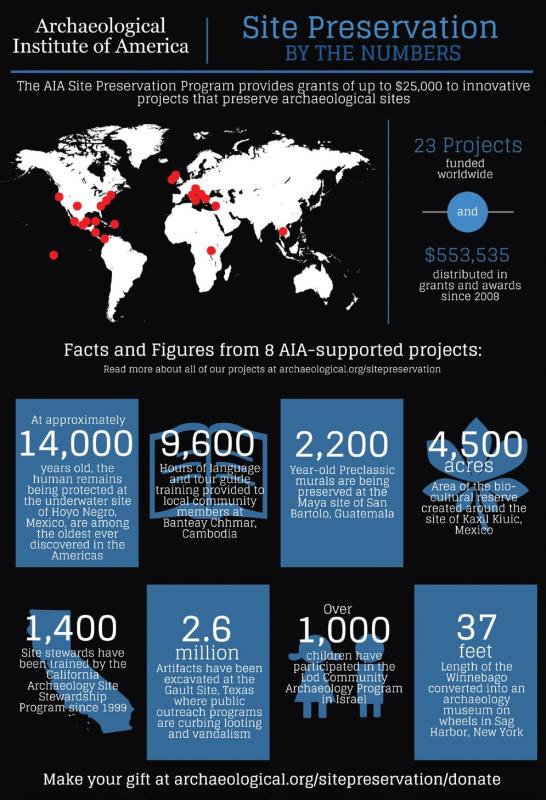 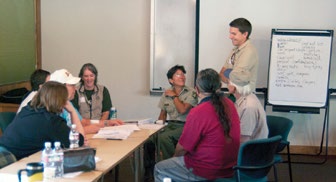 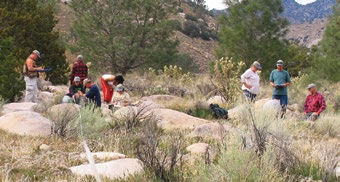 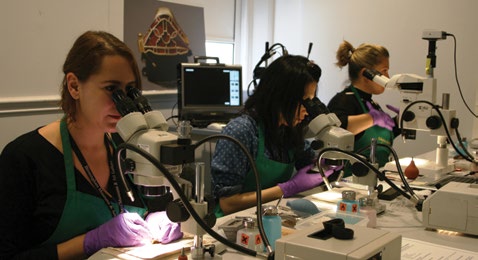 The Archaeological Institute of America (AIA) awarded its most recent Site Preservation Grant to a conservation and outreach project at the Early Classic Maya site of Tulix Mul in Belize. The project, directed by Thomas Guderjan of the Maya Research Program (MRP), will use the funds to record and protect a rare and fragile mural found at the site and to establish outreach programs to the local community.

Tulix Mul is located in the middle of a working cattle ranch in northwestern Belize and was discovered by MRP in the course of their decades-long investigation of the region. The site was established around a.d. 300 and the mural was painted soon after. The mural is located on the back wall of a room with a vaulted ceiling in what Guderjan believes was the house of a locally important lineage head. The mural, the subject of which is still unclear, was covered with plaster in ancient times and the room was intentionally filled in around a.d. 450. The site was abandoned around a.d. 850. The artwork was discovered during the excavation of the room because small portions of the ancient plaster had peeled off the wall, partially exposing the painting underneath.

While Tulix Mul is currently protected by a fence and local farm workers assist with security, the mural is threatened by exposure, looting, and damage at the hands of visitors unaware of or indifferent to the fragile nature of the painting. MRP is planning a multifaceted, long-term program to protect both the mural and the site. The first step will be to curb the physical destruction of the site and the artwork, and MRP is in active negotiations with the landowner to purchase the site. Then, under the supervision of a professional conservator, MRP will remove the plaster layer and fully expose the mural. Once the painting is recorded digitally and manually, the entire room will be sealed off to protect it and its contents.

In addition to these conservation measures, MRP will establish a permanent outreach program for the local community, working with local school groups, church groups, landowners, and others to promote research and preservation at the site. Public programs will include lectures, community workshops, a tour guide training program, and open lab days. Through these efforts, MRP hopes to increase local awareness of the significance and fragility of the archaeological remains at Tulix Mul and provide opportunities for the local community to derive some economic benefits from the site.

MRP’s holistic approach to site preservation is consistent with the AIA Site Preservation Program’s mission and a good example of the type of innovative and inclusive projects that the Program supports. To read more about our projects, visit archaeological.org/ sitepreservation. The application deadline for the next round of grants is October 15, 2014.

Tens of thousands of archaeological sites located on public lands in California are protected by federal agencies, such as the National Park Service and Bureau of Land Management, and local state agencies. These agencies use a combination of active monitoring, fencing and signage, interpretive trails, and public outreach to safeguard the sites. But these approaches do not involve active public participation.

In 1999, the nonprofit Society for California Archaeology (SCA) established CASSP, a statewide program that trains local volunteers to act as site stewards, whose job it is to visit assigned sites on public lands and report their conditions to the local supervising archaeologist. By regularly monitoring sites, site stewards ensure that potential problems are detected early and corrected quickly.

Since the program’s inception, nearly 1,400 people have participated in 75 training workshops across the state. Site stewards agree to make one site visit a month, and each year, more than 300 volunteers monitor more than 400 sites. By involving the public in the protection of sites, CASSP is breaking down the barriers between archaeologists and the public, encouraging a better understanding of archaeological heritage, increasing the visibility of the past, and ensuring the protection of archaeological sites.

The Best Practices Award, established by the AIA Conservation and Site Preservation Committee in 2011, seeks to identify and promote best practices in the interdisciplinary field of site preservation. The award, which includes a cash prize of $5,000 intended to further the work of the recipient, is presented annually each year at the AIA’s Annual Meeting in January. Nominations for the next award are due May 1, 2014.

At the AIA Annual Meeting in Chicago, the Conservation and Site Preservation Committee presented the 2014 Conservation and Heritage Management Award to the Staffordshire Hoard Conservation Project (SHCP). Since its inception in 2010, SHCP has used an innovative, team-based approach to the conservation of one of the largest Anglo-Saxon hoards ever found.

The Staffordshire Hoard, discovered in 2009, is a collection of approximately 3,500 gold and silver objects that was found in a field in the village of Hammerwich, in Staffordshire. The spectacular find made headlines in the United Kingdom and around the world, and public demand to view the objects was so great that select pieces were displayed at the Birmingham Museum Art Gallery (BMAG). In just 19 days, more than 42,000 people visited the display. The hoard is now owned by the BMAG and the Stoke Potteries Museum and Art Gallery.

Because of the public interest in the hoard, SHCP developed an open, collegial, and team-based approach to the conservation of the objects that attracted several experienced professional conservators. Participation in the project by these experts ensured that the highest standards of conservation were met. Members of the public were involved in the process through lectures, studio tours, family days, and written and video blogs created by the conservation team. Through these efforts, SHCP created a vibrant community of professionals and non-professionals that is involved in the project and invested in the long-term preservation and presentation of the objects.

The AIA Conservation and Heritage Management Award is presented each year at the AIA Annual Meeting in January. Nominations for the next award are due May 1, 2014.