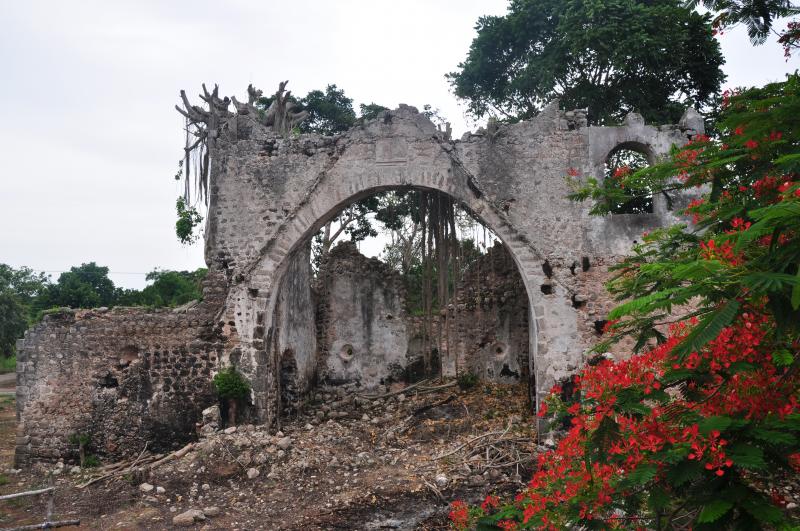 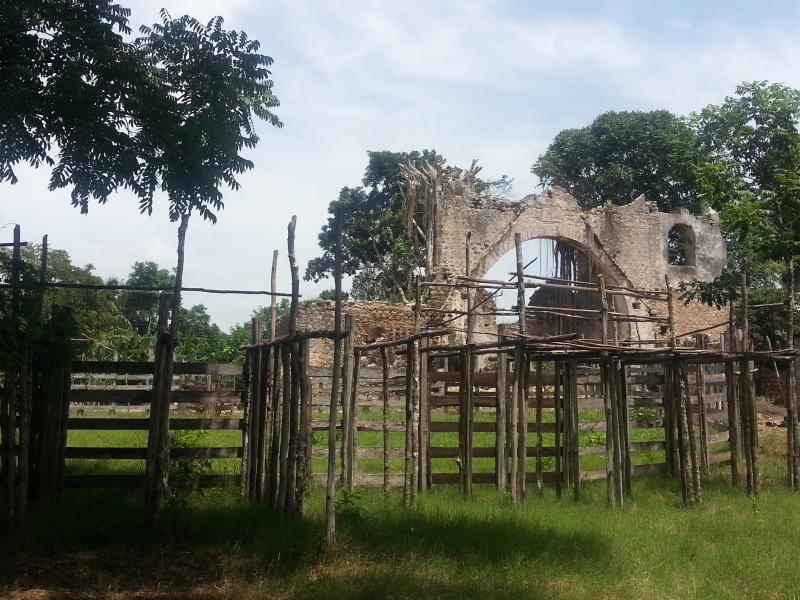 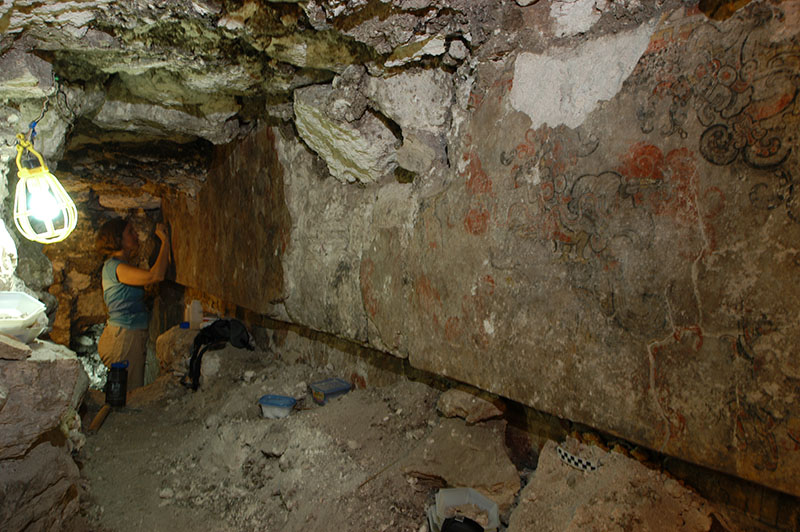 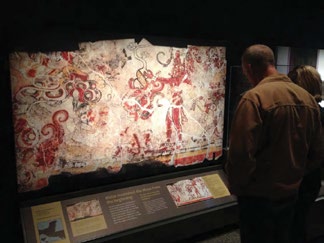 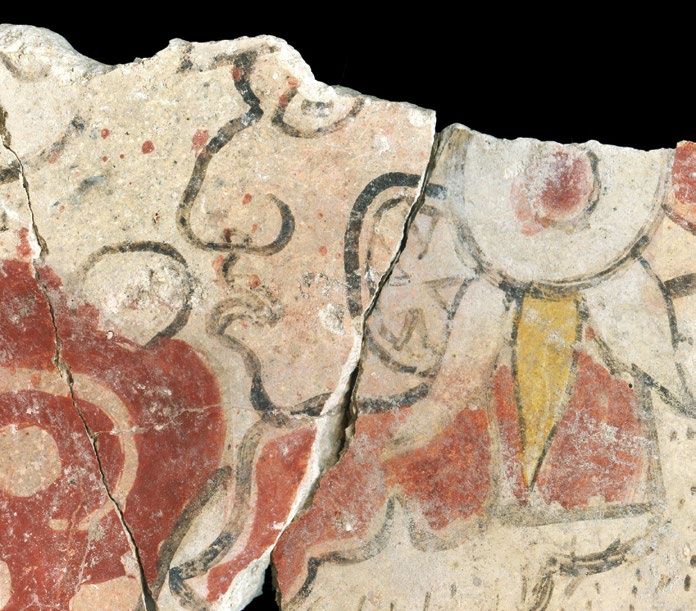 The AIA recently awarded Site Preservation Grants to projects in Tahcabo, Mexico, and San Bartolo, Guatemala. The grant to Tahcabo will support a conservation and education program organized by The Alliance for Heritage Conservation (TAHC) under the direction of Patricia McAnany and Sarah Rowe in collaboration with the local community and centered on the remains of a seventeenth-century church. At San Bartolo, AIA funds will be used by the Image, Documentation, Environment, and Access (IDEA) project under the direction of Heather Hurst of Skidmore College for an outreach initiative to document, digitize, and share with the world the stunning ancient Maya murals discovered at the site in 2001.

Tahcabo is a small Yucatec-Maya village of around 500 people in northern Yucatán. Occupation at the site can be traced back from the present day to approximately 400 b.c. The arrival of the Spanish in the sixteenth century brought Christianity to the region, and, by the seventeenth century, a church was built at Tahcabo. Still in use today, the church building has been modified over the years and used for alternative purposes. Currently, religious services are held in a chapel attached to the original stone facade.

The remains of the seventeenth-century church include the facade and a significant portion of the stonewalled sanctuary, or apse. The space between the facade and the apse would originally have been covered by a thatched-roof structure, or ramada. A wooden bullfighting ring sits next to the present-day church within an area that would have been the courtyard of the original church.

The AIA grant will be used to implement a conservation and education project designed to promote community stewardship of the archaeological remains and understanding of the historical significance of the site. The proposed program includes heritage workshops for local primary-school students; an initiative in which secondary- school students will create an archaeology- and conservation-themed script for a marionette performance; community meetings to provide a forum for discussion of the research and conservation plans; formation of a Tahcabo community heritage committee; refurbishment of a room within the town hall as the Tahcabo Heritage Center; installation of display panels that feature the history of the town from early precolonial to recent times; and grooming of the church grounds. Additionally, a demarcated trail will be established through the churchyard and sanctuary with durable, weatherresistant signage.

In 2001, a series of spectacular ancient Maya murals dating to the Late Preclassic period (400 b.c. to a.d. 250) were discovered at the site of San Bartolo in Guatemala. The rare and incredibly well-preserved paintings provide significant insights into ancient Maya artistic traditions. Recognizing the importance of the murals, the Guatemalan government designated San Bartolo a national treasure, protecting the site from development and the commercial logging prevalent in the area. The intact murals are only one portion of the site’s artistic wonders. Further excavations uncovered fragments of paintings that were deliberately broken into pieces and buried by the ancient Maya. The fragments came from murals associated with earlier buildings that had been dismantled to make room for new construction. Between 2005 and 2009, archaeologists recovered more than 6,000 mural fragments that had been deposited in various locations around the destroyed foundations of earlier structures.

Since the discovery of the murals, an international team of experts has been working to conserve and record the paintings in situ and to recover and study the fragments. The results of these efforts have been made available to the public through lectures, publications, television features, and websites. There is, however, increasing pressure to open the site to visitors. Currently, access to the site is strictly regulated and visitors have to obtain a permit from the Guatemalan Institute of Anthropology and History. Opening access to the site will inevitably lead to deterioration of the murals and the other archaeological remains at the site.

IDEA was established to conserve and protect the site while making the murals available to a global audience. To do this, the project uses a combination of on-site mural stabilization, documentation, and environmental monitoring along with the development of exhibition materials and alternate ways of viewing the murals, including reproductions of the artworks and digital media.

The AIA grant will provide financial support for outreach efforts that include digitizing the intact artworks and recovered mural fragments and presenting them to the public both online and through the creation of large-scale panels to be displayed on-site. The allweather panels will be housed under a roofed structure. Creating off-site exhibits and digital media accessible via the Internet will relieve some of the pressure to open the site to mass tourism while still providing access to the amazing discoveries that are being made at San Bartolo. The grant complements and builds upon earlier support provided to the project by the AIA through a special pledge drive at the Institute’s 2013 Spring Gala in New York.

Tahcabo and San Bartolo exemplify the challenges facing archaeological sites as the people responsible for site maintenance try to balance preservation needs against modern pressures, including development. The AIA Site Preservation Grant program supports projects that address these issues through a combination of conservation and outreach. Grants are awarded twice per year. For more information about all of the AIA-funded projects and to apply for a grant, visit www.archaeological.org/sitepreservation.