Dispatches from the AIA – September/October 2011 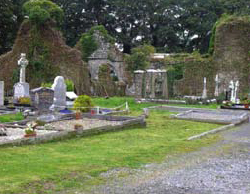 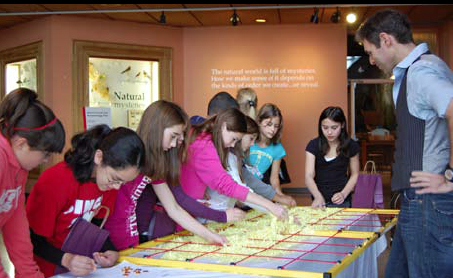 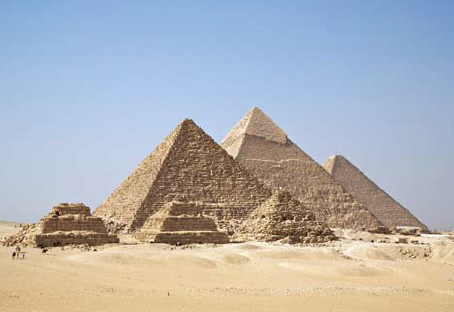 In April 2011, the AIA added two more archaeological sites, both located in Ireland, to the growing list of projects being supported by the Institute’s Site Preservation Program. Money to help save the Irish sites was raised through a special pledge drive held at the AIA Annual Spring Gala. The two sites, the Blackfriary at Trim in County Meath and the Dominican Priory at Tulsk in County Roscommon, are being investigated, conserved, and developed as part of larger and more comprehensive projects that will integrate the archaeological sites more fully into the future development plans for the local communities surrounding the sites. The primary motivation for both projects is to make the archaeological sites an essential part of the community, transforming them from potential liabilities to assets. The repair and use of an archaeological site for educational and economic purposes is a guiding principle of the AIA Site Preservation Program. Archaeological sites were a part of the fabric of an ancient community and with proper planning and management they can become an integral part of the modern community as well.

The Blackfriary at Trim, County Meath

Founded by Geoffrey de Geneville, Lord of Trim, in 1263, the historic significance and considerable importance of the Blackfriary at Trim is evidenced by its choice as the location for a meeting of Irish bishops in 1291. Today the Friary’s remains lie buried under a five-acre field that is bounded by council houses and local businesses. The undeveloped site is viewed as a problem rather than a resource, and has come under significant development pressure in recent years.

AIA funds are being used to assist an academic research program and field school started at the Friary in 2010. The program will excavate and conserve the site, and will publish their findings; provide universityaccredited training for students; and rescue the site from dereliction and development by making it an amenity that can be used by local residents as a tourist destination and community-accessible space. The program is designed to engage the local community throughout the life of the project with the ultimate goal of handing over responsibility for the site to the local council and community. Through the project, program directors are interested in showing how archaeological work can contribute to community development so that members will identify with the site, ensuring its preservation for generations to come.

The Dominican Priory at Tulsk is a Recorded Monument and a Protected Structure, but the standing remains of the priory are in ruinous condition. The Priory was the main ecclesiastical site for the O’Connor Kings since it was built in 1448. It was later fortified and occupied by English government troops.

Plans are for AIA funds to be used to assist with the stabilization and conservation of existing structures and the development of the ruins for tourism. Increased tourist traffic to the area will benefit local businesses and allow the residents to avail themselves of the economic potential of the archaeological remains in a sustainable and responsible manner.

The community-driven project is supported by Roscommon Community Council and the National Monuments Service. The renovated Priory will be incorporated into the larger development of the medieval village of Tulsk, which in turn is part of the internationally recognized Rathcrogan Complex, a significant ancient Irish site popular with tourists.

Each year AIA Local Societies advance the Institute’s mission through public programs and activities that inform and educate thousands of people about archaeology and the importance of our cultural heritage. The Local Society Outreach Grant Program provides funding to support these programs. Here are this year’s winners and their programs:

The Bozeman Society will present “Roman Fresco Workshop Techniques,” a weeklong program that examines the creation of Roman-style wall paintings. Participants will study Roman workshop organization, the use of pattern books, imitation versus emulation, creation and maintenance of paint formulas within a workshop, various techniques of applying plaster coats for Roman wall paintings, methods of creating a “puntata,” and the practice of repairing or inserting a section into an earlier wall painting and concealing the repair and the new artist’s “hand.”

Throughout the fall, the Central Missouri Society will present “The Ancient World on Film,” a program that includes four screenings of films on the ancient world and a lecture to complement an upcoming exhibition, “The Mediterranean Melting Pot: Commerce and Cultural Exchange in Antiquity,” that will be shown at the Museum of Art and Archaeology at the University of Missouri from September 20 to December 24.

The Los Angeles Society will organize “ARC SMART,” an AIA outreach project to sixth-graders in public schools in Los Angeles. ARC SMART provides AIA members and local archaeology students with the opportunity to connect with children in Los Angeles public schools in order to build interest in the AIA and the archaeology of the Mediterranean, Egypt, and Near Eastern regions. AIA members and student volunteers will take fun, California state standards- based archaeology activities to sixth-grade classrooms.

The Minnesota Society will present “Students in Archaeology: Poster Presentation of Recent Fieldwork.” Undergraduate and graduate students from at least six institutions in Minneapolis and St. Paul who have recently participated in archaeological field work will be invited to present posters of their work.

The Ottawa Society, in partnership with the University of Ottawa’s Museum of Classical Studies, is introducing archaeology to the classroom through the creation of a unit entitled “Archaeology in the Ancient Mediterranean,” which will become a part of the grade five curriculum of the Ottawa Public School Board.

The Salem Society is continuing to make archaeology accessible to Local Society Outreach Grant Winners the Mid-Willamette Valley deaf and hearing-impaired community by providing sign language interpreters at each of the society’s lectures.

The AIA recently joined the International Coalition to Protect Egyptian Antiquities. The coalition is led by the George Washington University Capitol Archaeological Institute and includes the American Schools of Oriental Research and the National Geographic Society. In May, coalition members, including Peter Herdrich, CEO of the AIA, traveled to Cairo at the invitation of the Egyptian government for a series of meetings with senior Egyptian officials and private sector and archaeological experts. The Coalition and the Ministry of Foreign Affairs of Egypt reached a mutual agreement to cooperate on a comprehensive plan to protect Egypt’s archaeological and cultural heritage sites and artifacts, which are an essential cornerstone of tourism revenue in Egypt and vital to supporting a successful economy.

The Ministry and the Coalition formed a public-private partnership and agreed to develop a framework that commits resources to improve site protection, including protective AIA Joins the International Coalition to Protect Egyptian Antiquities walls at archaeological sites and increased training of law enforcement personnel, a nationwide satellite imagery analysis initiative, a complete database of Egypt’s antiquities based on inventories of Egypt’s museums and storage facilities, an education and awareness campaign, and longerterm small business and green archaeological site programs.

“Egyptian antiquities and sites are among the most historically significant and important in the world. In times of political transition, ancient sites and artifacts are often targets of international crime and illicit activity,” said Deborah Lehr, Capitol Archaeological Institute chairman. “We commend the government of Egypt for its efforts and are delighted to be working together to develop and implement short- and long-term solutions to ensure protection of Egypt’s invaluable cultural heritage.”

“This is a landmark agreement and establishes a new system for all of us to work on our mutual goal of protecting Egypt’s archaeological sites,” said Herdrich. “It’s a great day for archaeology in Egypt.”

In the ongoing effort to advocate for the protection of cultural heritage around the world, the AIA encouraged its members to write letters to the State Department’s Cultural Property Advisory Committee (CPAC) in favor of renewing the bilateral agreement or Memoranda of Understanding (MoU) with the Republic of Bolivia. The MoU helps to protect Bolivia’s cultural heritage and restrict the import of undocumented archaeological objects from the South American country. Thank you to all of you who wrote letters in support of the renewal.

Previously, the AIA and its members have supported the renewal of the bilateral agreement with Italy and the creation of one with Greece.

The AIA Site Preservation Program is pleased to announce the creation of a Site Preservation Internship for graduate students. Interns will develop and maintain communication networks between professionals working with cultural resources in countries around the world; compile reports detailing the nature of heritage management frameworks within selected countries; identify key governmental and non-governmental figures with influence over cultural resources and national policies related to protecting heritage; and assess the general state of archaeological materials within these countries. Interested in applying for the 2012 internship? Email sitepreservation@archaeological.org