Dispatches from the AIA – September/October 2012 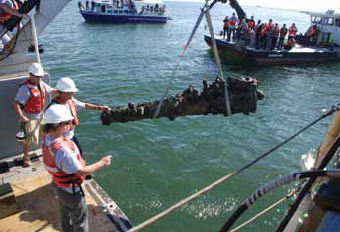 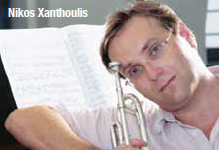 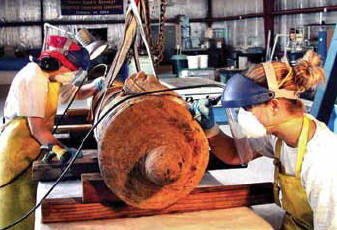 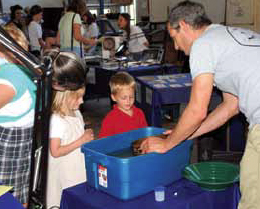 For 116 years the Archaeological Institute of America (AIA) has been sending leading scholars to the Institute’s Local Societies to share exciting new finds, cutting-edge research, and fresh ideas with AIA members and the general public. The 117th lecture season starts in September 2012. During the season the AIA will send almost 100 lecturers to give approximately 300 presentations at over 100 Local Societies in the United States and Canada. Between 25,000 and 30,000 people will attend these lectures, making it one of the Institute’s most popular and successful programs.

The lecture program is funded through membership dues and by generous donors, several of whom have established endowed lectureships. In fact, nearly two-thirds of the AIA lectures are endowed. One outstanding example is the Kress Lectureship in Ancient Art, supported for almost 30 years by the Samuel H. Kress Foundation. The Kress lectureship allows the AIA to bring two foreign scholars to North America each year to share their research and discoveries. Each of them presents more than a dozen lectures, traveling throughout the United States and visiting a number of AIA Societies.

The AIA is excited to announce that the Kress lecturers for the 2012–2013 lecture season are Nikos Xanthoulis, associate researcher with the Academy of Athens and head of educational programs with the Greek National Opera, and Sabine Ladstätter, director of the Austrian Archaeological Institute and excavation director at Ephesus, Turkey.

Xanthoulis, an archaeologist and musician, will discuss ancient Greek music from 800 B.C. to A.D. 400. He will introduce musical instruments such as the salpinx (a type of trumpet) and the lyre, and will shed light on the performance of lyric songs by actually playing reconstructed instruments. Through his presentations, Xanthoulis demonstrates how our knowledge of ancient music has increased dramatically over the last hundred years, by pointing to archaeological evidence and other sources, including art, textual references, mythology, and even musical scores and rediscovered papyri. Xanthoulis allows us not only to glimpse ancient Greek life, but also to hear it.

Sabine LadstКtter specializes in Roman and landscape archaeology. Her lectures explore various aspects of the exciting work being carried out at Ephesus, one of the twelve cities of the Ionian League, and later a major Roman city. With a firstcentury b.c. population of 250,000, Ephesus was one of the largest cities in the Mediterranean. In 2011, LadstКtter was named the Austrian Scientist of the Year.

To find locations and details of lectures by Xanthoulis and LadstКtter, as well as our other distinguished scholars and archaeologists, visit www.archaeological.org/lectures.

The AIA and the AIA Boston Local Society are joining with the Berklee College of Music (BCM) Professional Education Division and Liberal Arts Department to present a lecture by archaeologist, musician, and 2012–2013 Kress Lecturer Nikos Xanthoulis, titled “The Ancient Sounds of Greece.” Xanthoulis’ lecture and performance on the college’s campus is supported by a major residency awarded by Berklee’s Professional Education Division. The collaboration between the AIA and BCM will provide Berklee students, AIA members, and the general public with an exciting opportunity to learn about ancient music from a renowned expert. Xanthoulis’ lecture at Berklee will be held in the David Friend Recital Hall at 6:30 p.m. on October 5, 2012.

The Archaeological Institute of America is delighted to announce the creation of two new grant programs for AIA members.

The Cotsen Excavation Fund, established by former AIA Board Member Lloyd E. Cotsen, will provide financial support for archaeological excavation. Two grants of $25,000 each will be available annually, with one grant designated to provide seed money to an archaeologist organizing his or her first excavation, and the other providing assistance to a mid-career archaeologist working to move forward with an excavation already in progress.

“The Cotsen Excavation Fund goes straight to the heart of what the AIA is about: promoting archaeological inquiry by supporting archaeological research and its dissemination,” says Peter Herdrich, CEO of the Institute. “This gift will not only benefit those who receive funding, but will help archaeologists share their vital research results with the world. We are greatly indebted to Mr. Cotsen for his generosity.”

Cotsen is president of Cotsen Management Corporation, a private investment firm in Los Angeles, and is the former president, CEO, and chairman of the board of Neutrogena Corporation. A graduate of Princeton University and the Princeton School of Architecture, he holds an M.B.A. from Harvard Business School. Cotsen’s personal interests include the study of ancient architecture—a passion that led him to volunteer on archaeological excavations in Greece for more than 20 seasons, often serving as architectural specialist.

Grants will fund the preparation of a manuscript for publication or research leading to publication undertaken by professional members of the AIA. Its purpose is to assist scholars in preparing, completing, and publishing results of their research in classical art and architecture. The Kress Foundation will also provide funding for the Institute to publish outstanding papers on topics related to classical art history and architecture that are presented each year at the Annual Meeting.

The publications grant program is one of several Kress-funded AIA initiatives, including the Kress Lectureship in Ancient Art and the Kress travel grants that support travel to the Annual Meeting. The publication activities that the new grant program will support are critical to both current and future archaeological research and will complement the Institute’s existing subvention and publication grants.

Complete application information for the Cotsen Excavation Fund and the Samuel H. Kress Grant for Research and Publication in Classical Art and Architecture will be available at www.archaeological.org as of September 1, 2012.

The early eighteenth century was a golden age for piracy in the New World. Pirates patrolled the east coast of North America and the expanse of the Caribbean seeking potential victims among the numerous vessels that were part of the region’s active and profitable commercial activities. One of the most notorious of these brigands was Edward Teach, known more commonly as the pirate Blackbeard.

In June 1718, Blackbeard’s flagship, Queen Anne’s Revenge, and another of the ships in his fleet, Adventure, ran aground as they tried to enter the Beaufort Inlet on the North Carolina coast. Rumor had it that Blackbeard had deliberately grounded the two ships and marooned a number of his company because he felt that the group had grown too large.

The wreck lay hidden for over 200 years. It was discovered in 1996 by a private research firm. In that same year, the North Carolina Department of Cultural Resources created the Queen Anne’s Revenge Recovery Project as the entity responsible for the recovery and conservation of the ship’s remains. Since that time, approximately half of the wreck’s artifacts have been excavated and brought to the conservation laboratory at East Carolina University. In addition to its conservation efforts, the project has also actively brought attention to Queen Anne’s Revenge through articles in the media, museum exhibits, and educational outreach activities to school groups and families around the country.

Queen Anne’s Revenge is the oldest shipwreck in North Carolina and was listed on the National Register of Historic Places in 2004. The physical remains of the ship, however, are threatened by the tropical storms that frequent the area. A direct hit on the site by a storm would destroy the fragile remains of the ship. In April 2012, the AIA held a special pledge drive at the Institute’s Annual Spring Gala in New York City, and raised funds to assist with the conservation efforts at the wreck. AIA funds will support the protection and preservation of the vessel’s fragile underwater remains. To learn more about Queen Anne’s Revenge and the ongoing efforts to preserve this wreck, visit www.qaronline.org or the AIA Site Preservation Program at www.archaeological.org/sitepreservation/projects.

AIA working with World Archaeological Congress; will participate in WAC 7 in Jordan

The Seventh World Archaeological Congress (WAC) will be held from January 14 to 18, 2013, at the King Hussein Convention Center in Jordan under the patronage of His Majesty King Abdullah II Bin Al Hussein of Jordan. For the last few years the AIA has been working with WAC to cross-promote the organizations and their activities to each other’s memberships. Currently, representatives from each organization attend the other’s conference and maintain a presence in the exhibit hall. In 2013, AIA representatives will attend WAC 7 in Jordan. We are actively working on getting AIA members discounted registration rates for the event. Details on this collaboration will appear in the next issue of Dispatches and online at www.archaeological.org. We encourage all AIA members to visit the WAC 7 website at http://wac7.worldarchaeologicalcongress.org and to consider participating in the conference. Details on submitting session proposals and papers are available on the WAC 7 website.

The World Archaeological Congress (WAC) is a nongovernmental, not-for-profit organization that seeks to promote interest in the past in all countries, to encourage the development of regionally based histories, and to foster international academic interaction. WAC holds an international congress every four years to promote the exchange of results from archaeological research; professional training and public education for disadvantaged nations, groups, and communities; the empowerment and support of indigenous groups and First Nations peoples; and the conservation of archaeological sites. Previous WAC congresses have been held in England, Venezuela, India, South Africa, the United States, and Ireland.