Dispatches from the AIA – September/October 2013 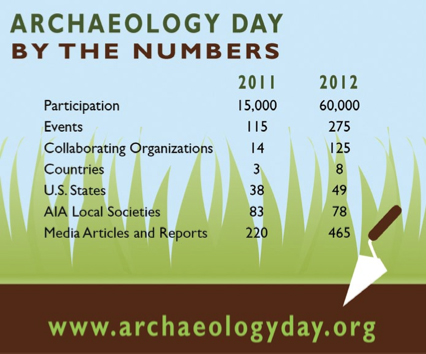 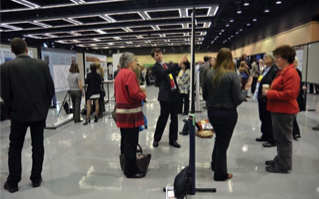 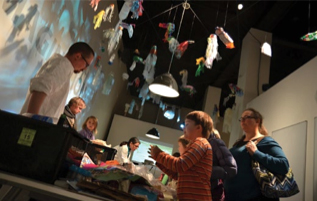 Archaeology Day was conceived initially as a public outreach activity for the AIA and its Local Societies that we hoped would in time expand beyond the Institute. From the early planning stages onward, however, we received numerous inquiries from non-AIA organizations and individuals interested in participating. As a result, the first Archaeology Day was celebrated across the United States, Canada, and around the world on October 22, 2011. On that day and throughout the month the AIA, 83 AIA Local Societies, and 14 supporting organizations ranging from large national bodies, such as the American Anthropological Association (AAA) and the Society for American Archaeology (SAA), to small county museums and local libraries, presented more than 115 programs to more than 15,000 people in 37 U.S. states, four Canadian provinces, and the United Kingdom.

The success of the first Archaeology Day led to significant expansion of the program in 2012, when 125 groups, now officially called Collaborating Organizations, joined the AIA. Collaborating Organizations once again ranged in size from national organizations, such as the National Park Service and the Bureau of Land Management, to small county museums, and even individual archaeological sites. Several international bodies, such as the Australian Archaeological Association and the World Academy of Science, Engineering and Technology, also joined the celebration. Together these groups presented over 275 programs to more than 60,000 people in 49 U.S. states, eight Canadian provinces, Australia, Egypt, France, Germany, Ireland, and the United Arab Emirates.

The many programs and activites offered for Archaeology Day also highlight the stellar efforts of the numerous archaeological organizations that plan and present them. At the AIA, we are continually inspired by the outstanding work that is being done by these organizations, by the passion and enthusiasm that they display, and by the creativity employed in presenting informative and entertaining programs with limited resources. Archaeology Day provided the AIA with the opportunity to connect with these distinguished groups around the world, and to form a network of like-minded organizations and individuals that can more effectively work together to raise public awareness of archaeology.

International Archaeology Day 2013 is now in the planning stages and promises to be even bigger than last year’s event. We encourage all of you to attend an Archaeology Day event near you. Visit www.archaeologyday.org for a calendar of events. If you cannot find an event near you, we encourage you to organize one and join the AIA as a Collaborating Organization. Together we can raise public awareness and understanding of archaeology. To read more about International Archaeology Day or to become a Collaborating Organization, please visit www.archaeologyday.org. Also, like us on facebook and follow us on twitter at @ArchaeologyDay.

AIA, the Oldest and Largest Archaeological Organization in North America

Founded in 1879, the AIA is the oldest archaeological organization in North America. With more than 220,000 members spread across the globe, it is also the largest. AIA members include both professional archaeologists and enthusiasts from diverse and varied backgrounds, professions, and interests. Approximately 8,000 of these members belong to 109 Local Societies scattered across the United States, Canada, and Europe.

Through their dues and gifts, members support the Institute’s mission to raise awareness of archaeology and global cultural heritage through excavation, outreach and education, and advocacy for the protection and preservation of archaeological sites.

Each year the AIA organizes a number of programs for its members and for the general public. The largest of these programs is International Archaeology Day, a global celebration of archaeology now in its third year. Other signature programs include the Annual Meeting, our Lecture Program, and the Site Preservation program.

The Annual Meeting, which has been held jointly with the American Philological Association for 114 years, is the oldest and largest established gathering of classical scholars and archaeologists in North America. Each year, in January, more than 3,000 professional and vocational archaeologists and classicists from around the world gather to exchange ideas and share the latest developments and discoveries from the field. Over the years the event has grown in terms of attendance, geographic and temporal scope of the papers presented, and variety of topics considered, with an increased focus on professional development, cultural heritage management, and new technologies being employed in the field. In addition to being a venue to discuss the latest archaeological findings and research, the meeting is also a wonderful opportunity for attendees to network with other members of the archaeological community and to socialize with colleagues and friends. The 115th AIA-APA Joint Annual Meeting will be held in Chicago, Illinois, from January 2 to 5, 2014.

The Lecture Program begins its 118th year in September 2013. Each year the AIA sends close to 100 outstanding scholars from around the world to more than 100 Local Societies across the United States and Canada to present some 300 lectures on a broad range of topics. The lectures are free and open to the public, and they are attended by more than 25,000 people. The annual lectures are an important service provided by the AIA to its members and Local Societies. They are also one of the primary outreach tools employed by many of the AIA Local Societies to introduce people to archaeology. Thanks to the generosity of our members, nearly two thirds of the lectures are endowed.

The AIA relies on its generous supporters to keep these programs growing and flourishing. We encourage you to join us today. For more information on becoming an AIA member, please visit www.archaeological.org/join.

Gift annuities help save archaeological sites for future generations, provide vital research and excavation funds for professional archaeologists, and educate people of all ages about the wonders of ancient cultures.

Calculations are based on one-life charitable gift annuity rates as of July 1, 2013, subject to change. For your personalized proposal, contact Jennifer Klahn at 617.353.8709.