Dispatches from the AIA – September/October 2014 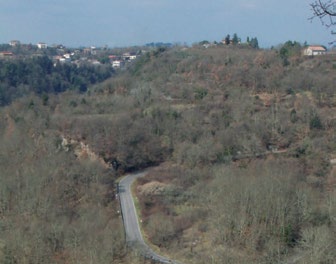 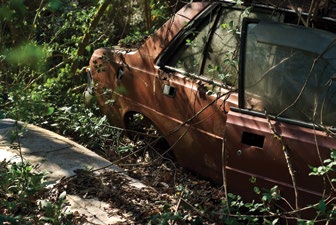 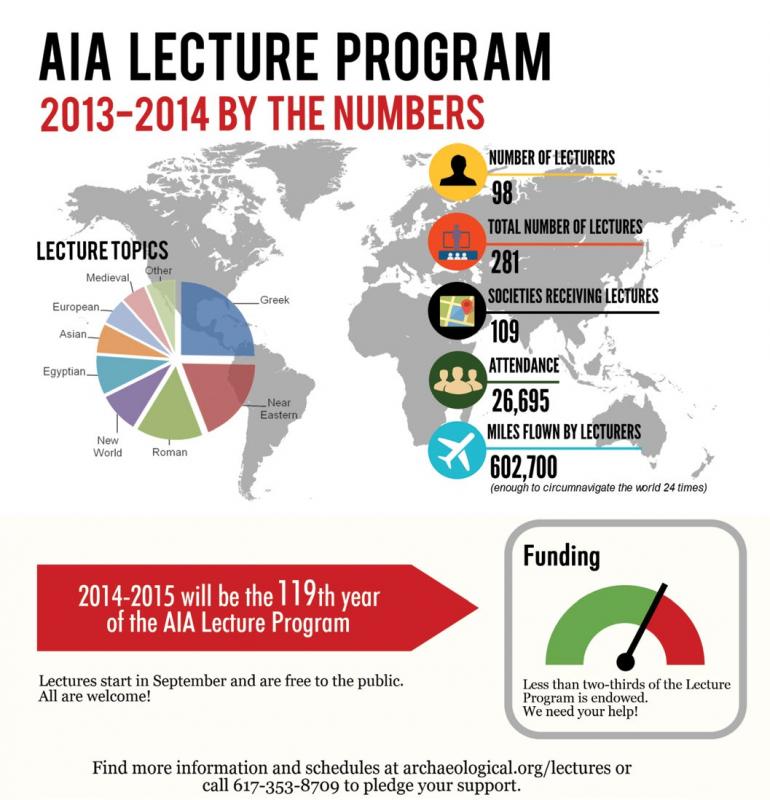 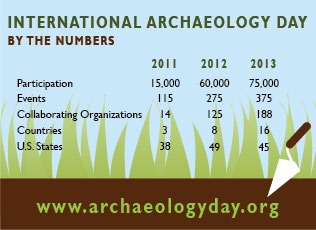 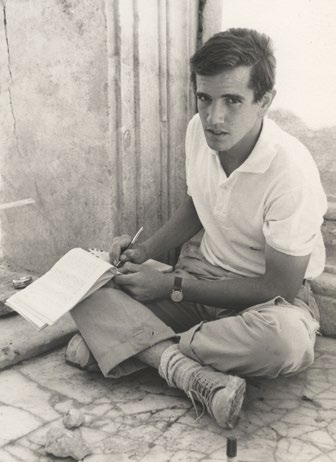 Approximately 30 miles north of Rome, Narce includes the remains of the ancient town and more than 20 necropolises. Adopting Narce focuses on La Petrina, the most important and longest-used necropolis at the site. In use consistently from the eighth to the third centuries b.c., the tombs at La Petrina provide a wealth of information on the evolution of the town, from its founding to its destruction in Roman times. Despite its cultural and historical significance, La Petrina faces serious threats from looting, vandalism, littering, uncontrolled plant growth, and a lack of funding for its maintenance.

Through Adopting Narce, Tabolli hopes to encourage the local community to participate in the long-term preservation of the necropolis. The first step in the process was the creation of the Archaeological and Virtual Museum of Narce (MAVNA) in September 2013. Adopting Narce builds on the momentum generated by the museum project and plans to use the AIA grant to create an archaeological trail with interpretive signage that will define the boundaries of La Petrina and establish a volunteer-based maintenance program to assist with the cleanup and year-round protection of the site. All proposed activities will be planned and implemented with the close involvement of the local community, and various phases of the project will be documented through a series of videos that will become a part of the exhibition at MAVNA. In addition to directly involving the local community in the preservation of the site, Adopting Narce will provide residents and visitors with opportunities to delve into the rich history of Narce through a series of site tours, seminars for adults, and archaeological activities for school groups. The programs will complement current MAVNA programs that are designed to discourage looting, vandalism, and neglect by instilling in the local community, especially the younger generation, a respect for the preservation of Mazzano Romano’s cultural heritage. The response to MAVNA programs has been encouraging. The museum recently organized an exhibition of objects taken illicitly from Narce that were brought to the museum by local residents, often at the urging of their children and grandchildren. The displays for these looted artifacts, never before seen by the public, were inspired and based on ideas and projects produced by local junior high school students. Also included in the exhibition were reproductions of ancient Faliscan dresses created by women who had participated in spinning and weaving labs organized at MAVNA.

By “adopting” Narce, Tabolli hopes that the local community will rediscover the significance of this forgotten site and realize its potential to attract cultural tourism. According to him, “what we are seeing is the cultural revolution of a community that regains its identity.” By encouraging community involvement in the long-term preservation of the necropolis and the site, Adopting Narce is helping the local community establish a connection with its ancient heritage.

119thYear of AIA Lecture Program Gets Under Way in September

For 118 years the Archaeological Institute of America has sent outstanding scholars from around the world to present lectures on a wide variety of topics at AIA Local Societies across the United States and Canada. Whether giving presentations on Viking longships, Kublai Khan’s lost fleet, Roman arenas, Maya murals, Stonehenge, or the oracle at Delphi, AIA lecturers bring the world of archaeology to life. As the number of AIA lectures grows, so does attendance. Last year more than 26,000 people came to AIA lectures— the largest total in the history of the program.

The lectures are an important benefit provided by the AIA to its members and Local Societies. They are also one of the primary outreach tools employed by many of the Societies to bring archaeology to their communities. The 119th year of the Lecture Program begins in September. To find a lecture near you, visit archaeological.org/lectures.

International Archaeology Day (IAD) is approaching, and we invite you to be a part of this rapidly growing global celebration of archaeology. Join the AIA as a Collaborating Organization, host an event, or attend one near you. For more information and to find out how you can be a part of IAD 2014, visit www.archaeologyday.org.

The Coleman Fellowship is open to AIA members engaged in dissertation research in a U.S. graduate program. The Fellowship must be used for travel and study in Italy, the western Mediterranean, or North Africa, between July 1 of the award year and the following June 30. The award cannot be used to support excavation projects. Application deadline is November 1, 2014. For full details visit www.archaeological.org/grants.

The Coleman Fellowship is one of several funding opportunities that the AIA provides to its members each year. Below is a list of fellowships and grants and their application deadlines:

For details on how you can support archaeological research and fieldwork, please call 617-353-8709 or visit www.archaeological.org/giving.