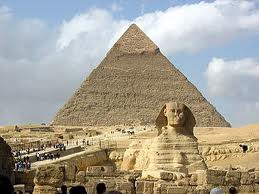 The Archaeological Institute of America (AIA)

The congress will be organized by the Calligraphy Center in Bibliotheca Alexandria under the auspices of the International Association of Egyptologists and the Ministry of State for Antiquities, Egypt. The aim is to provide a meeting point for all Egyptologists based on some selected themes.

• The Ancient Egyptian Language in the form of writings and inscriptions.

• The Cultural Heritage in ancient Egypt.

The ICE 2013 organizing committee will administer a refereed congress with MSA, whereby abstracts will be peer-reviewed. In the same manner, articles submitted for publication of the ICE 2013 proceedings will also be subject to peer-review. Also proposals of the keynote speakers and the closed session’s papers will be considered by the scientific committee of the ICE and BA, and time slots will be allocated upon the approval of the proposal. More themes may be added as the overall subject-matter of the proposed papers becomes apparent.

Looking forward to seeing you in September 2013.

Kindly note that the Registration is now open, You can register through the following link: http://www.bibalex.org/EgytologyCongressBA2013/Home/Home.aspx