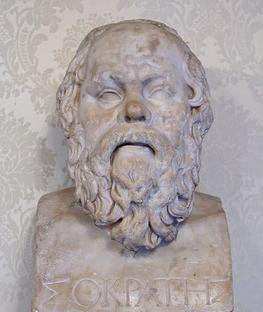 On October 12, 2010, the Cultural Property Advisory Committee of the State Department held a public hearing on Greece’s recent request for a bilateral agreement intended to curb the import of undocumented antiquities from the Hellenic Republic into the United States.

The U.S. has entered into a number of such agreements (termed Memoranda of Understanding, or MoU for short) since implementing legislation in 1983 reflecting the U.S.’s 1972 ratification of the UNESCO Convention on the Means of Prohibiting and Preventing the Illicit Import, Export and Transfer of Ownership of Cultural Property. The American supporting legislation envisioned the signing of such MoUs to help countries whose cultural heritage is endangered. In the case of Greece and Italy, the two countries I am most familiar with, the primary danger comes from looting, which continues to supply the international market, despite strenuous action on the part of Italian and Greek law enforcement.

Slightly disappointing was the fact that only six of the eleven CPAC Committee members were present: Reid, the chair, a former director of the Cleveland Art Museum; Joan Breton Connelly and Nancy Wilkie, both archaeologists and AIA members, two of the three members representing the public (Winton Holladay and Robert O’Brien) and the representative for the antiquities dealers (Robert Korver).

On the other hand, there were 23 speakers, including two from the sizeable Greek delegation in attendance. (I was thrilled to see Vasilis Lambrinoudakis among these, whose work on the Getty kouros I assign my students.) It was clear the session would go over the two hours allotted.

After the welcome from Chairperson Reid eloquent remarks on the importance of Greek heritage to the world came first from Ioannis Vrailas, Deputy Chief of Mission for the Greek Embassy in Washington and then from Maria Vlazaki, Head of the General Directorate of Antiquities and Cultural Heritage in the Hellenic Ministry of Tourism and Culture. They also detailed the actions that Greek authorities have taken to curb looting, as the MoU requires. One statistic that was repeated several times over the morning was that coins made up over 60 percent of the illegal material confiscated by Greek authorities. A handful of coin collectors and dealers came to the hearing to oppose the inclusion of coins as one of the protected categories covered by the MoU. I recognized several of these gentlemen from the May hearings on the MoU with Italy. As an art historian, I wanted to learn more about the position of the museum folks in attendance, particularly those associated with the Association of Art Museum Directors (AAMD), as I had been told they would oppose this MoU as well.

I spoke fourth. I had been warned not to read the text of my letter, already included in the Committee’s sizeable dossier, but to focus on three bullet points, after the customary thank you for the opportunity to speak. Having just taught a course on Greek art and cultural ownership issues, I focused on the cutting edge technology looters now have access to which allows them to target tombs, rip out the saleable items (coins, pottery), and destroy the rest along with any chance of understanding the way the works of art functioned in past society. Even the marketable material is often deliberately damaged, as with Greek vases, so that the sherds can be sold individually to museums for more money than the complete pot would bring. I pointed out the positive effects the MoU with Italy had brought, with the forging of more careful guidelines for the acquisition of antiquities and longer-term loans to American institutions. I pushed for greater consideration of such loans, which I see as a less costly way to renew museum collections than new purchases.

This is an excerpt from Laetitia La Follette’s account of the hearing.  Read the full text.