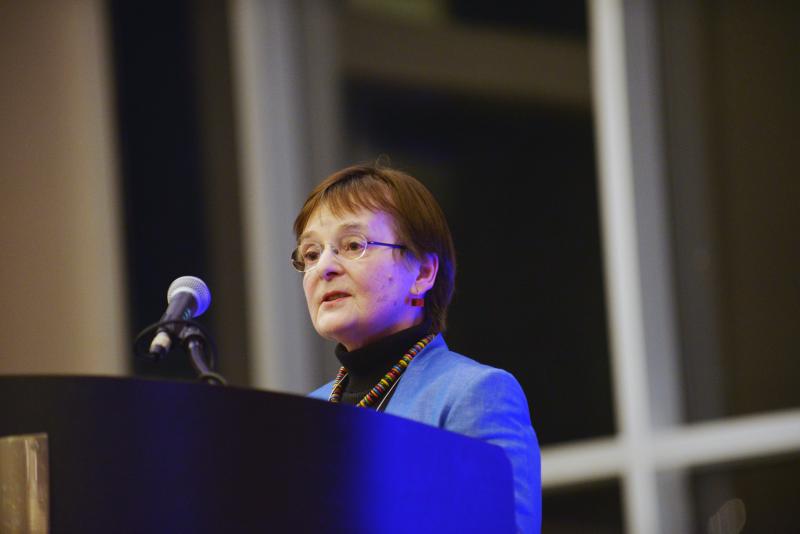 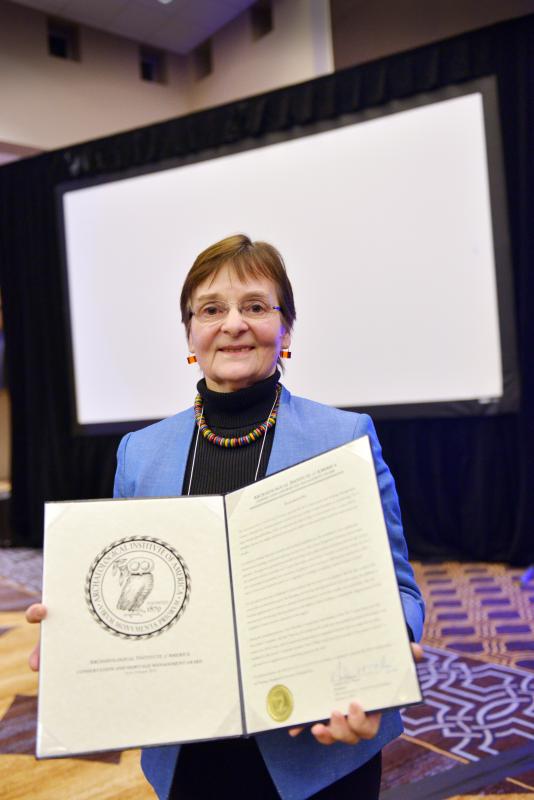 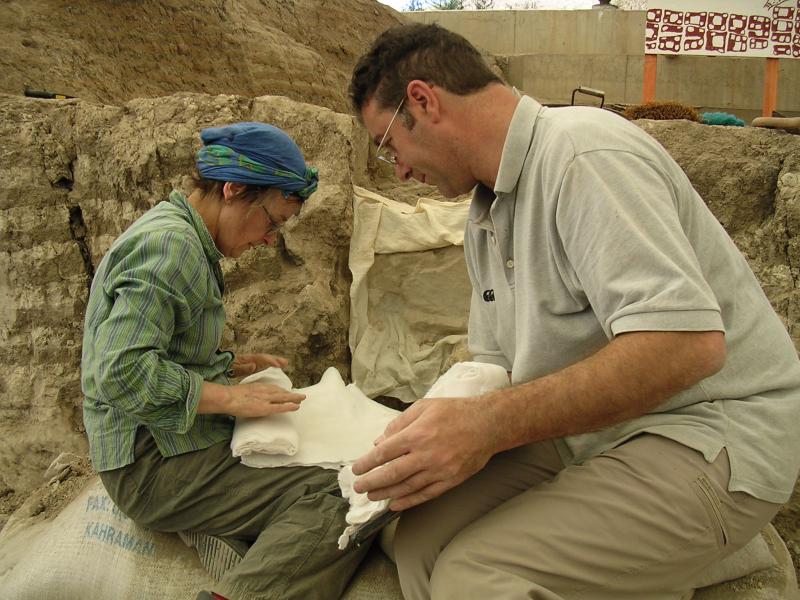 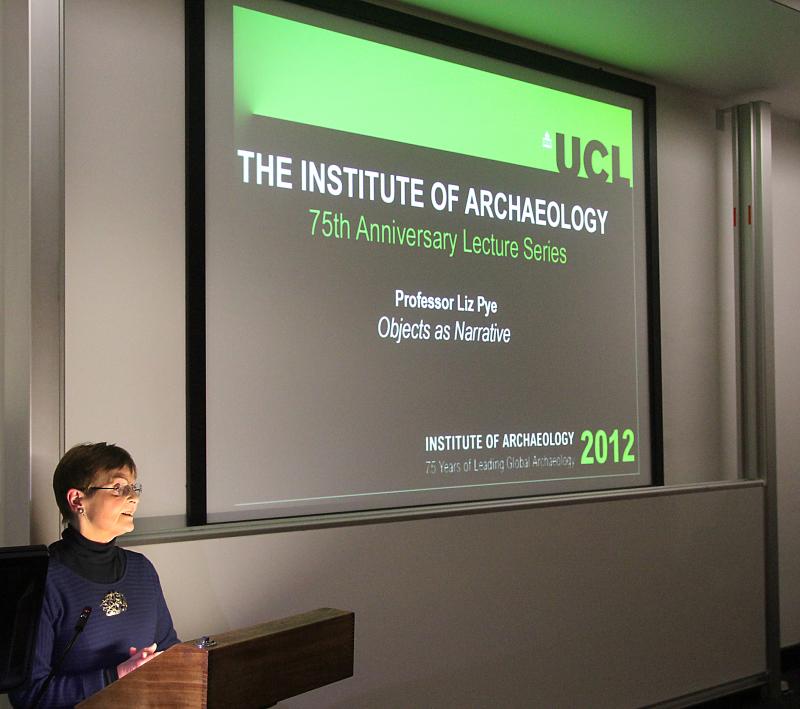 BOSTON—January 30, 2015—The Archaeological Institute of America (AIA) presented its 2015 Conservation and Heritage Management Award to Elizabeth Pye, Emeritus Professor at the University College London’s Institute of Archaeology on January 9th at the AIA’s 116th Annual Meeting in New Orleans, Louisiana.  Pye’s legacy to the field of conservation includes her groundbreaking efforts to transform the field of objects conservation into a science-based discipline and over four decades of teaching, mentoring, and inspiring hundreds of students from around the world.

In addition to her important scientific and technical contributions and numerous appointments to national and international conservation bodies and committees, Pye pioneered a new intellectual framework for teaching conservation. Her approach, grounded not only in scientific knowledge but also within a philosophical and ethical framework, focuses on community-minded, accessible and socially responsible approaches to conservation. Many countries around the world owe Pye a debt of gratitude for populating their museums, art galleries, and excavations with expertly trained conservation staff—many of whom have themselves gone on to organize or contribute to training courses in their own countries.  Pye was also instrumental in developing training programs in Sub-Saharan Africa, leading to considerable improvements in the conditions of many museum collections in that region.

AIA Site Preservation and Conservation Committee member and conservator Alice Paterakis stated, “there are few people in the world who are qualified as both archaeologist and conservator. Her many years of experience promoting the integration between the two make her an ideal candidate for this award.”

About the Archaeological Institute of America