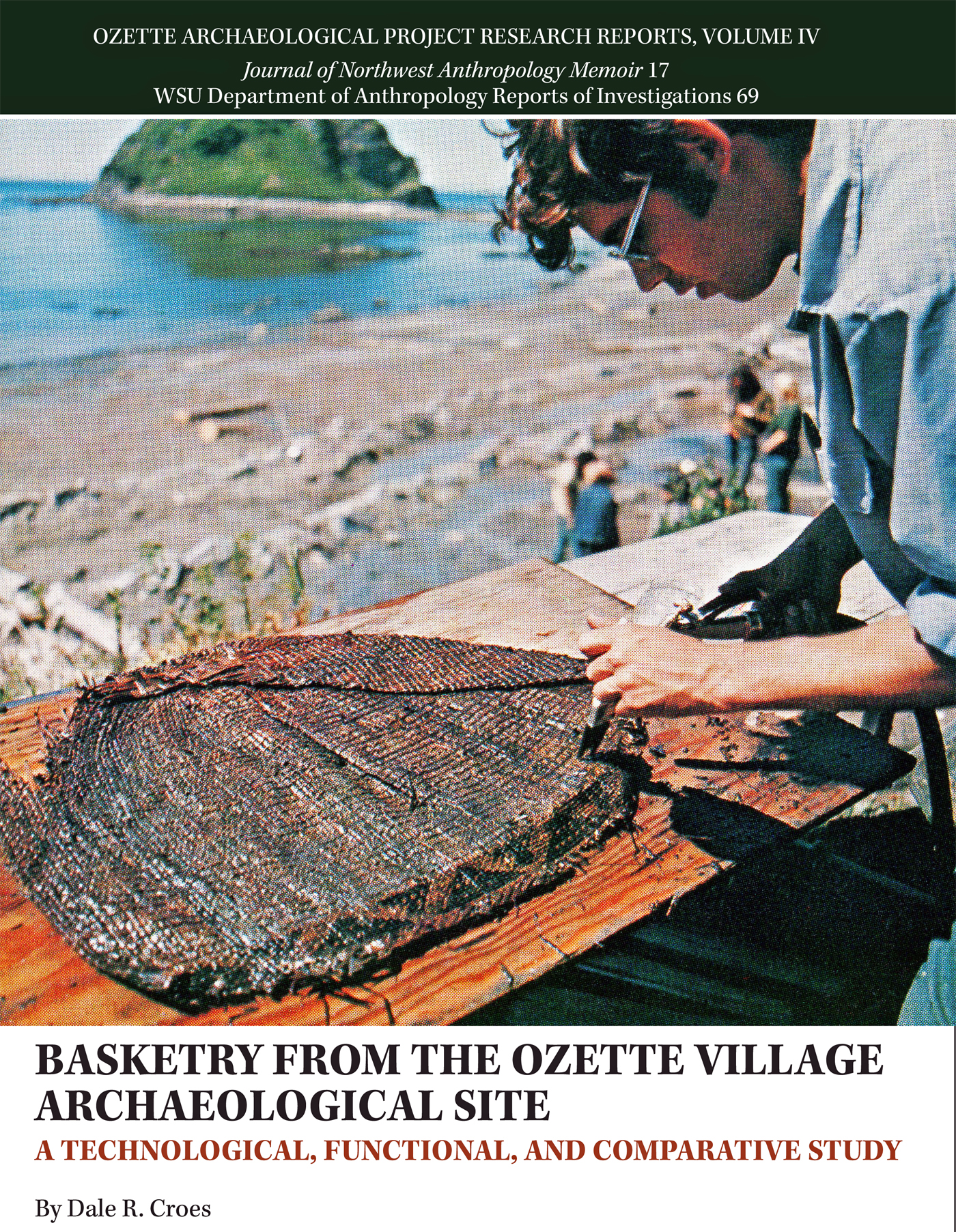 Over three centuries ago a large mudslide covered a section of the Makah village of Ozette. In a waterlogged condition, thousands of wood and fiber artifacts were preserved. Working in equal partnership with the Makah Indian Nation, Washington State University (WSU) archaeologists excavated a section of this site; I was the WSU graduate student who undertook the study of hundreds of ancient basketry items. To make sure I understood the Ozette baskets the tribe had me work directly with Makah Master Basketmakers at the Neah Bay school, resulting in this unique synergy of cultural and scientific analysis and synthesis.

• Second, I combine culturally important basketry attributes, as learned from Makah basketmakers, into basketry types which also are compared to types found at other wet sites; the results clearly indicate a continuity of basketry cultural styles in three regions of the Northwest Coast for 2,000 to 3,000 years.

• And third, I combined the Ozette basketry types into functional sets; they are ideal for this purpose, since they are recovered in their actual position in an ancient household and contain original contents. The computer mapped positions of baskets, hats and mats in Ozette House 1 demonstrating the location of different family units and reflecting the status and activities of household members.

My three-level analysis of basketry from Ozette Village and other Northwest Coast wet sites demonstrates a prominent role for basketry artifacts in our region’s archaeological research.