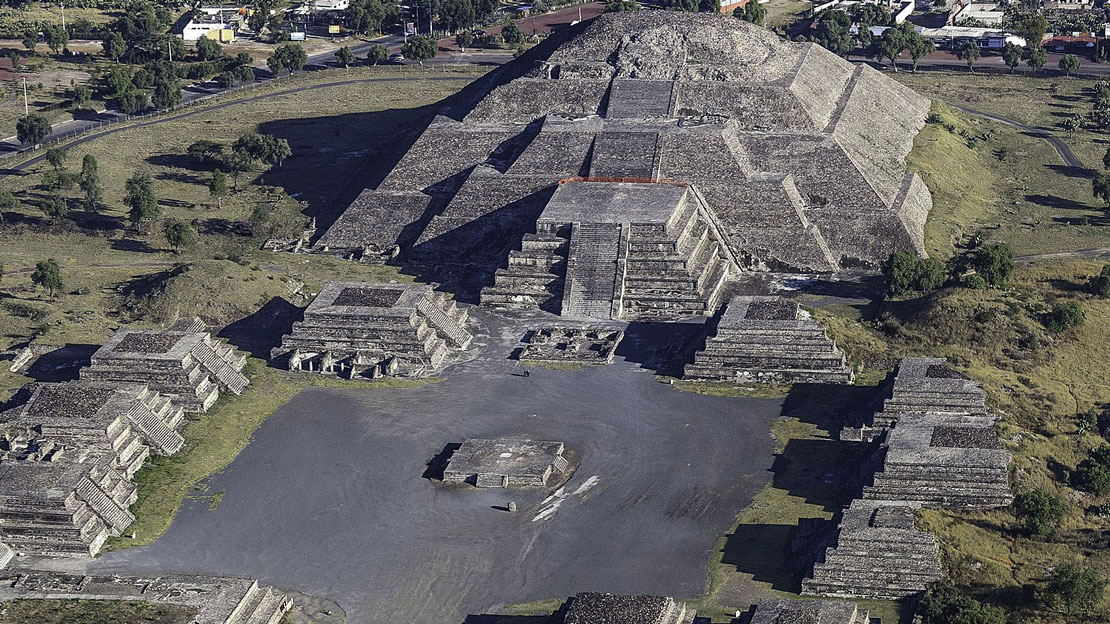 Around 100 CE, a huge metropolis began to emerge in the Basin of Mexico, one the Aztecs would later call Teotihuacan, or “Birthplace of the Gods.” It quickly came to dominate the region, and, with its completely new urban grid-plan, contained as many as 150,000 people. Its two gigantic buildings, the Pyramids of the Sun and the Moon, were surrounded by smaller temples, plazas, and a thousand or more apartment compounds. They were all once richly painted in dazzling colors and complex designs depicting twisting feathered serpents, prowling jaguars, storm gods and water goddesses, priests, warriors, and lords. But its history has long been a mystery, and we are only now beginning to understand its importance and impact on ancient Mesoamerica.