HYBRID - NAGPRA and the Challenge of Tribal Sovereignty in Removal States 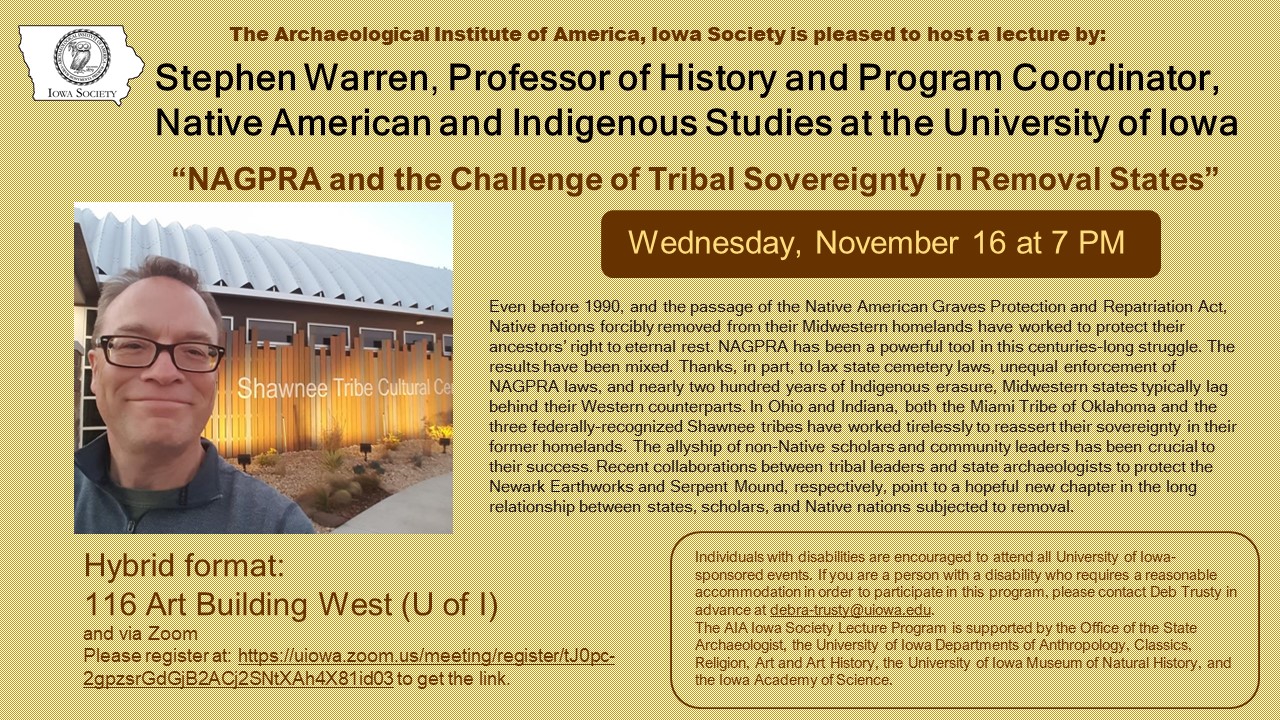 Even before 1990, and the passage of the Native American Graves Protection and Repatriation Act, Native nations forcibly removed from their Midwestern homelands have worked to protect their ancestors’ right to eternal rest. NAGPRA has been a powerful tool in this centuries-long struggle. The results have been mixed. Thanks, in part, to lax state cemetery laws, unequal enforcement of NAGPRA laws, and nearly two hundred years of Indigenous erasure, Midwestern states typically lag behind their Western counterparts. In Ohio and Indiana, both the Miami Tribe of Oklahoma and the three federally-recognized Shawnee tribes have worked tirelessly to reassert their sovereignty in their former homelands. The allyship of non-Native scholars and community leaders has been crucial to their success. Recent collaborations between tribal leaders and state archaeologists to protect the Newark Earthworks and Serpent Mound, respectively, point to a hopeful new chapter in the long relationship between states, scholars, and Native nations subjected to removal.