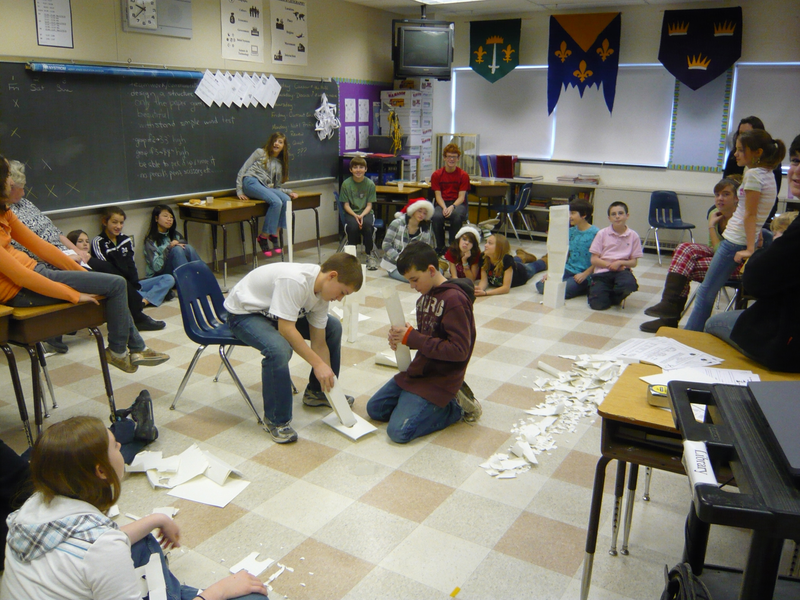 Ten students  will prepare and teach a 1-hour and 30-minute interactive lesson on Greek and Roman art and archaeology to a 7th grade class at St. Agnes School in South-Central Los Angeles (an underprivileged area of the city). The lesson will complement the 7th grade curriculum.

In an effort to win more members and to get the word out about their society’s program of lectures & events in Spring 2010, they advertised the local society on local radio station KOHM in the first week of each month (January – April 2010).

The grant money went towards taking the notes of the 100 years of society history (1906-2006), update the information, transcribe it and put it into publishable form.

“Newgrange, Montana” is a project that seeks to extend archaeological teaching and learning across disciplines and domains by creating a collaborative, experiential means to learn about the Neolithic passage tombs of ancient Ireland. They built a scale mock-up of the Newgrange and/or Knowth passage tomb(s) and taught students to align it with the solstice sun, all using only technologies available to the peoples of ancient Ireland.

In response to the devastating financial cuts for Arizona’s schools, the Central Arizona Society of the AIA created Apples + Archaeology as a public outreach program for K-12 education in the metropolitan Phoenix area. This is a volunteer lecture program in which creative Arizona State University professors who teach archaeology and its related disciplines take the EXCITEMENT of archaeology into primary and secondary school classrooms.

Chicago: Who Owns the Past?

A free public forum presented in collaboration with the University of Chicago’s Oriental Institute. This forum was offered in conjunction with “Pioneers to the Past: American Archaeologists in the Middle East, 1919-1920,” a special exhibit which opened at the Oriental Institute in January 2010.

Cincinnati: Bringing the Ancient World to You

AIA-Milwaukee Society (AIA-MS) and the Milwaukee Public Museum (MPM) co-sponsored a 2-day Archaeology Fair, March 5-6, 2010.  The fair was designed to appeal to local teachers and school groups, who attended on Friday March 5, and families, who attended primarily on Saturday, March 6.

During this three-part project, students tour and learn about the people who lived in the historic 1857 Gallier house, engage in a discussion in their own classroom about archaeology and archaeological methods led by a trained and accredited archaeologist, and finally return to the Gallier House to participate in a mock dig seeded with objects unearthed during the original restoration of the house.

The Keynote Lecture launched an entire year of associated programming, setting the stage for events that involved students and faculty at Monmouth and sister colleges and universities in the region, community members across five counties (Warren, Knox, Mercer, Henderson, Rock Island and McDonough), and attracted an immense amount of publicity to archeology as an enterprise and to the richly historic archeological sites in Western Illinois.