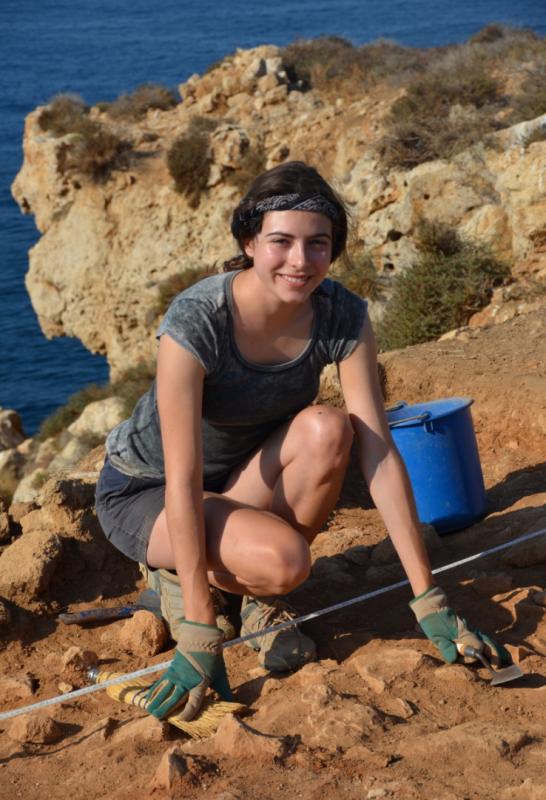 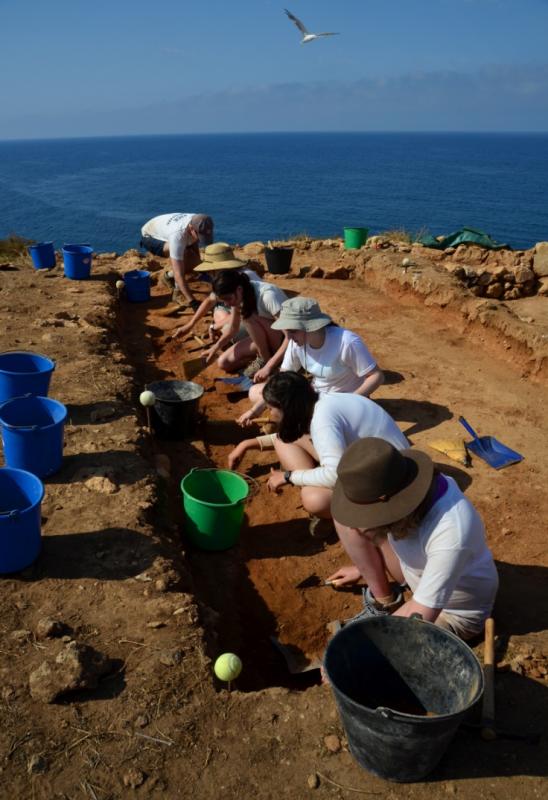 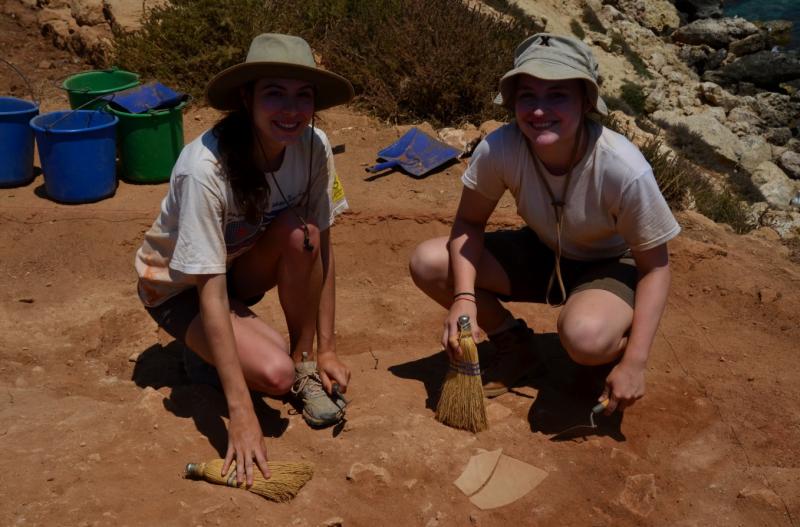 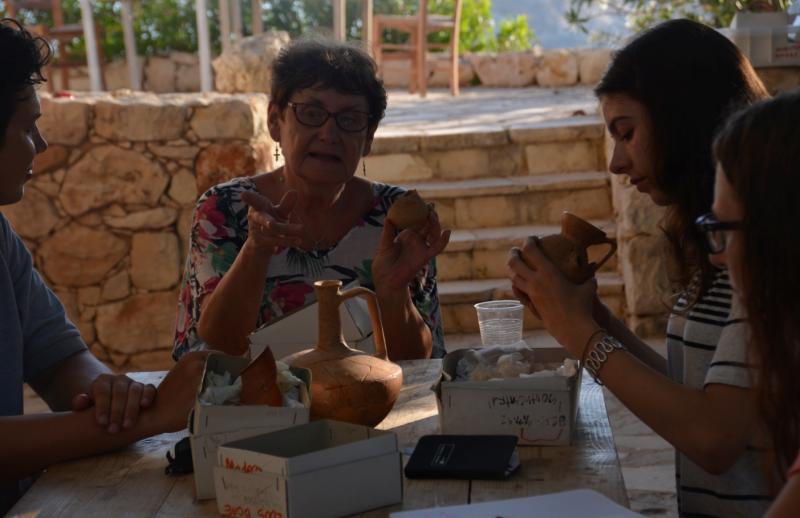 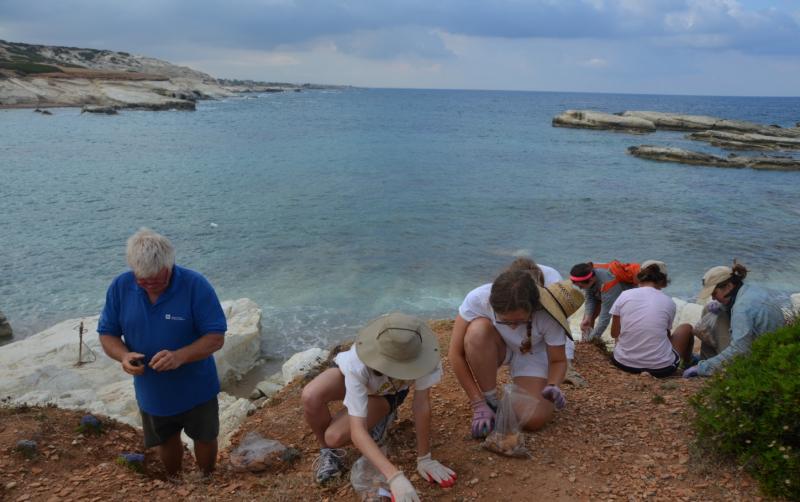 This summer I had the tremendous opportunity to participate in the New York University sponsored Yeronisos Island Expedition. The site, a small island off the coast of southern Cyprus, was the ideal field school for me to begin my career as an archaeologist, as I learned all aspects of professional excavation via hands-on experience. Twenty-five years of excavations, headed by Professor Joan Connelly, have revealed that Yeronisos had a very active Hellenistic period of occupation and religious worship, along with Chalcolithic and Byzantine levels. Our small team, with just six undergraduates, allowed me to learn from one-on-one instruction with the senior staff, as well as the incredible power of a supportive and ambitious team. I spent just over a month on Cyprus, and though each day brought new challenges and excitements, every night I knew that I had gained some insight about either the field of archaeology, the ancient site or how I myself worked out in the field.

The typical day began before sunrise, around five in the morning, as we had our breakfasts and hypothesized about marine conditions for the day. If the currents were on our side, we were in the fisherman’s boat by six and on our way to the ancient holy island Yeronisos. Once arrived, our day’s digging began. I initially dug in Trench N23, near the middle of the island and just south of the previously excavated domestic quarters. Here, I learned to properly excavate with both pick-ax and trowel, bag finds, take elevations, and take trench photographs. After each pass, we examined earth changes and discussed how to proceed with the experienced guidance of the professional archaeologists, art historians and scientists who have been working on the island since excavations opened.

Halfway through the season, I moved to Trench L/M17, where I got the chance to excavate walls from possibly three different time periods, along with a great amount of pottery. Though we did not fully excavatedown to the chalcolithic period, we found an impressive number of chalcolithic tools, such as pestles and mortars, which we hypothesized were reused in this Hellenistic kitchen or food preparation area of the complex. Working through the complete process of digging, from cleaning the initial topsoil to set up the trench and working down to a first century ground floor, (with plaster still intact!) truly allowed me to appreciate the craft and skill of archaeology in a manner unparalleled in a traditional academic setting.

In the afternoons back on the mainland there was still plenty to learn. Pottery washing was always in need, especially with the large amounts of shards found while surveying a nearby plot on the mainland across from the island. I aided Professor Connelly in picking out and photographing the diagnostic finds from our prosperous surveying, as well as organizing the finds from this season’s surveying in the storeroom. In addition to washing and organizing the day’s finds, I had the special task of examining the special collection of amulets that have been found on Yeronisos in the past twenty-five years of excavations. In general, these small amulets look like miniature loom weights, which I also got to see first hand in the nearby Paphos museum. I carefully measured, weighed and sketched the amulets so that they may be entered into the new publications. This close examination of ancient objects, along with excavating at their find spot, has given me a fresh perspective on an intimate type of Apollo worship, which I will continue to explore as I write my honors thesis on Apollo island sanctuaries this school year.

The month I spent on the Yeronisos Island Expedition was truly a unique experience unlike anything I have ever been a part of and I am so thankful for the opportunity to have studied the ancient world at such a close perspective. Along with Professor Connelly, the senior staff at Yeronisos and my team members on site for all their help and support, I must thank the Archaeological Institute of America for selecting me as a recipient of the Jane C. Waldbaum Archaeological Field School Scholarship. All money received was used to pay tuition for the field school, helping to lighten the financial costs of the expedition and make the opportunity a reality. It goes without saying that the grant was instrumental in bringing about this experience, which has taught me invaluable skills for any excavations I may join in the future.