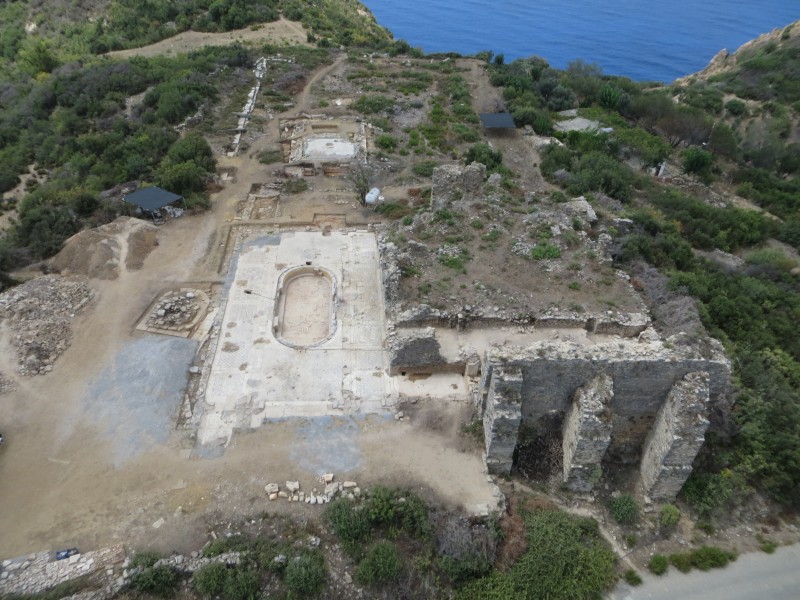 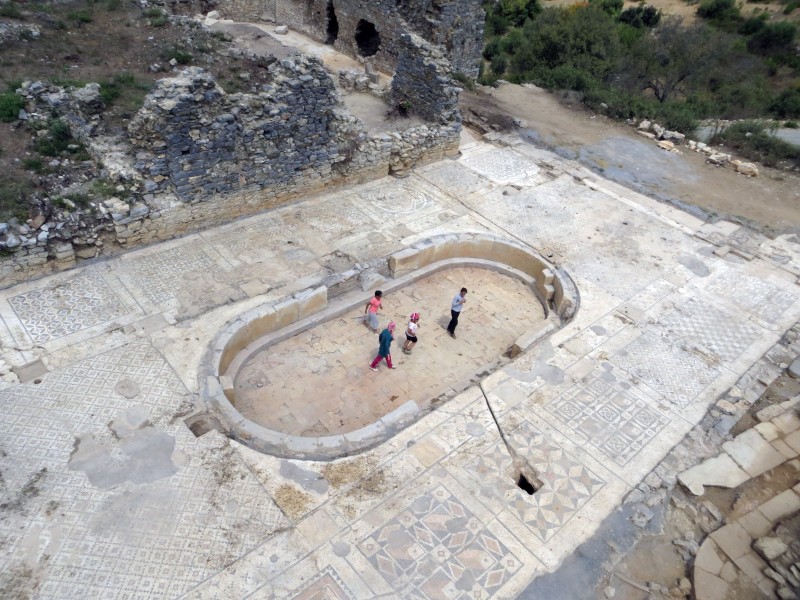 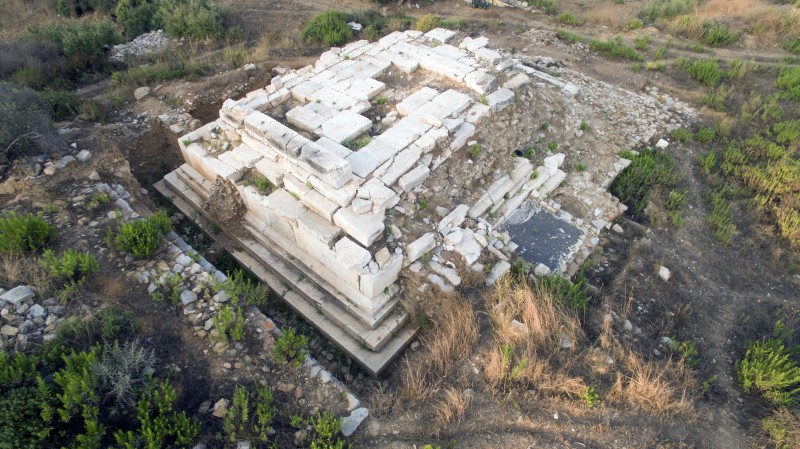 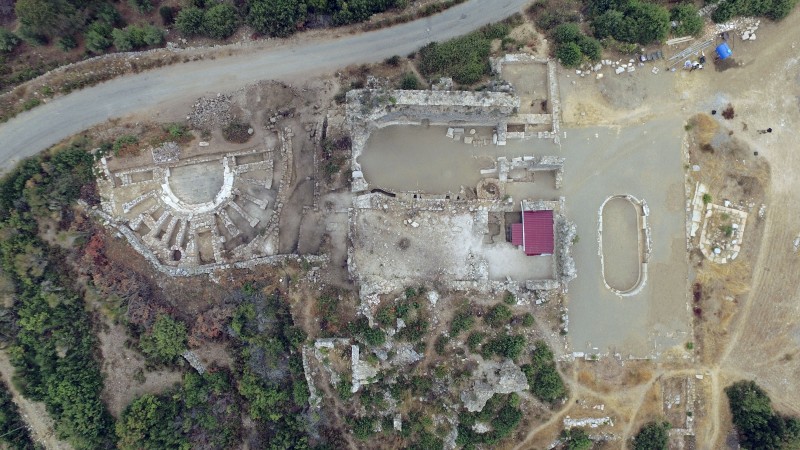 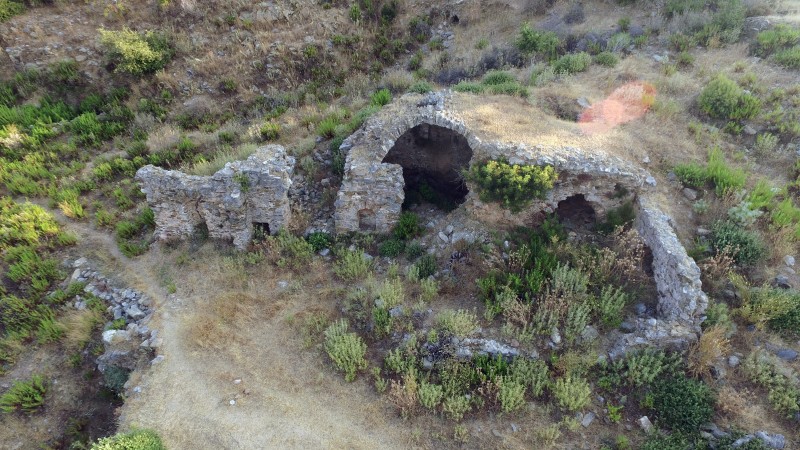 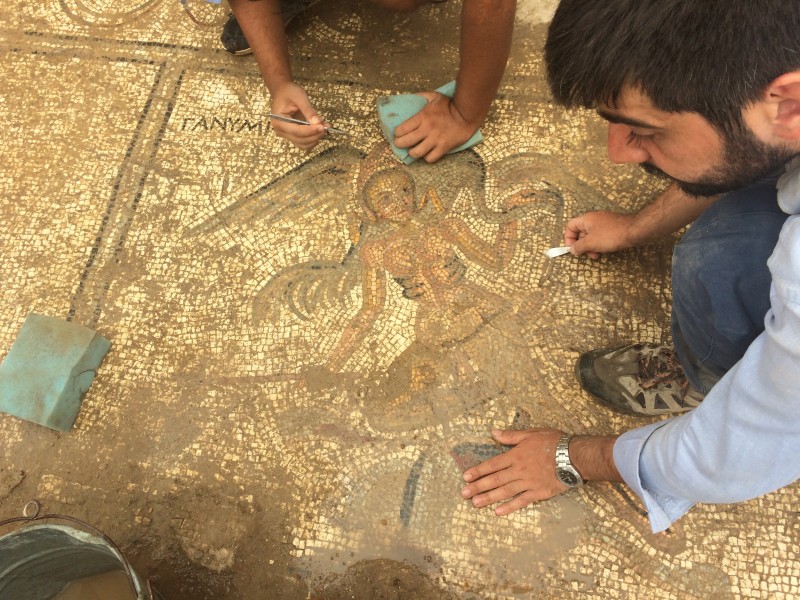 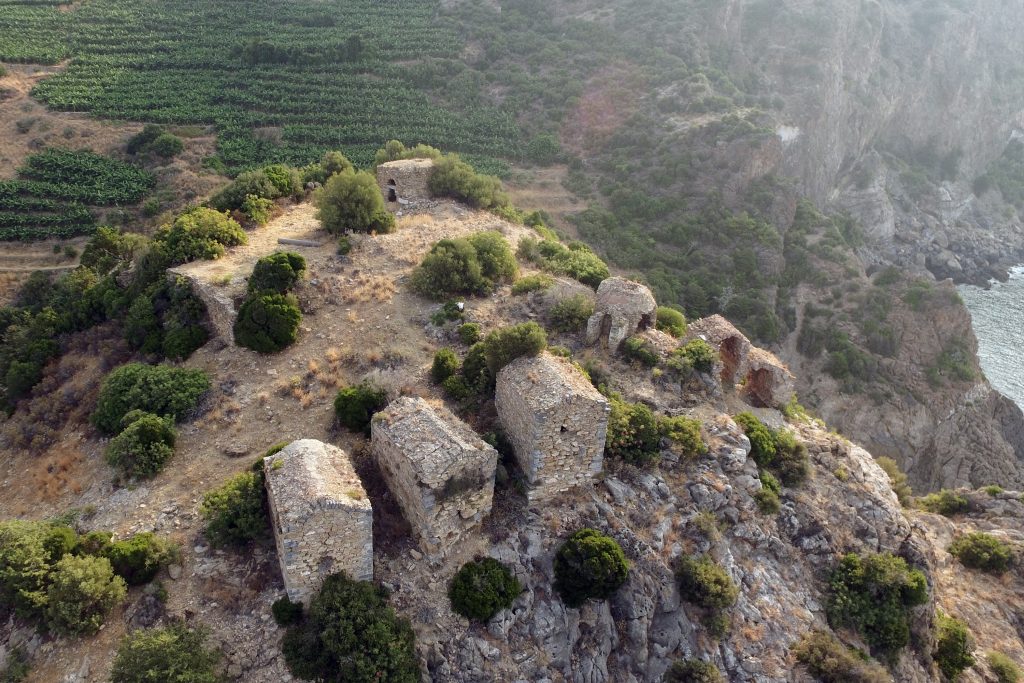 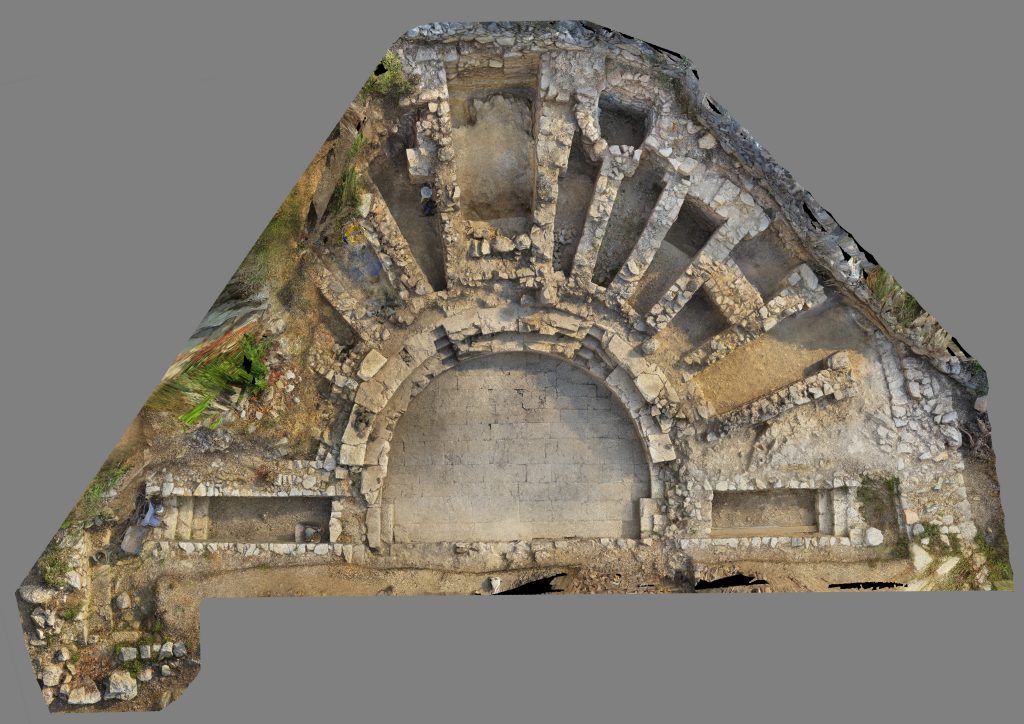 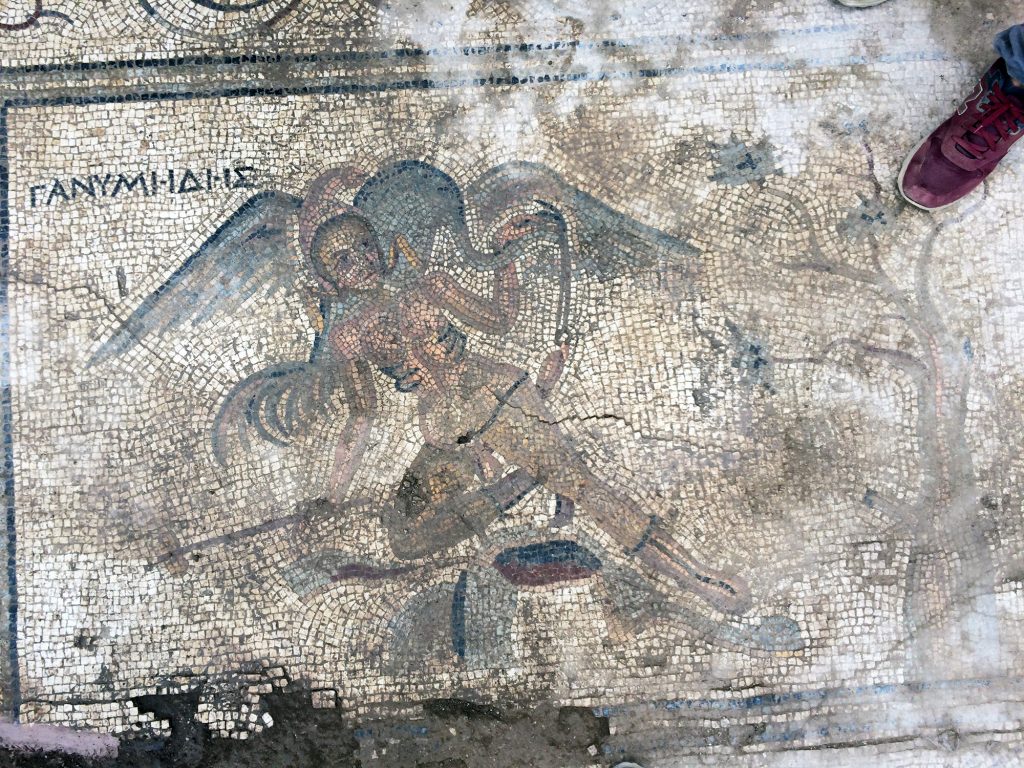 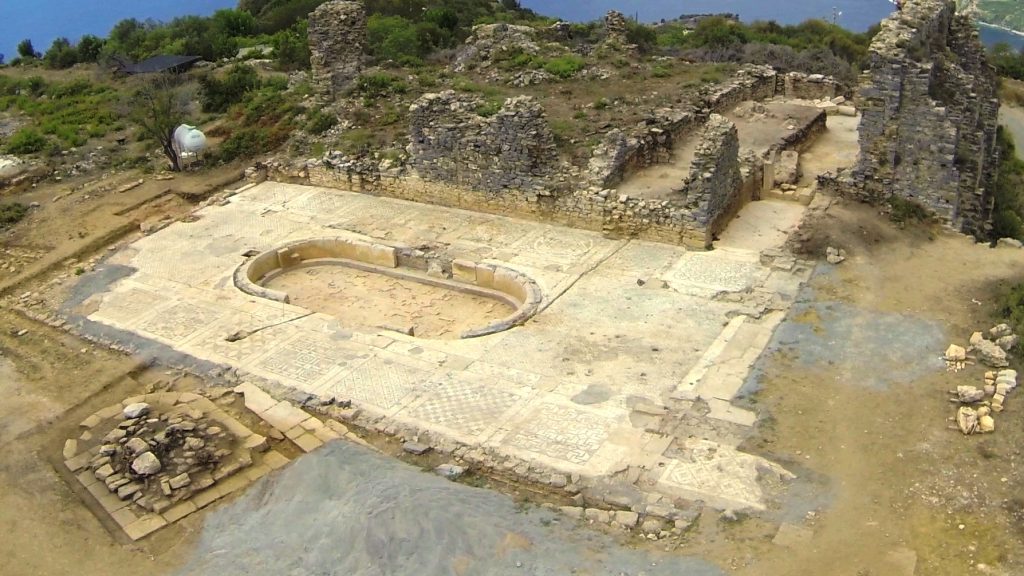 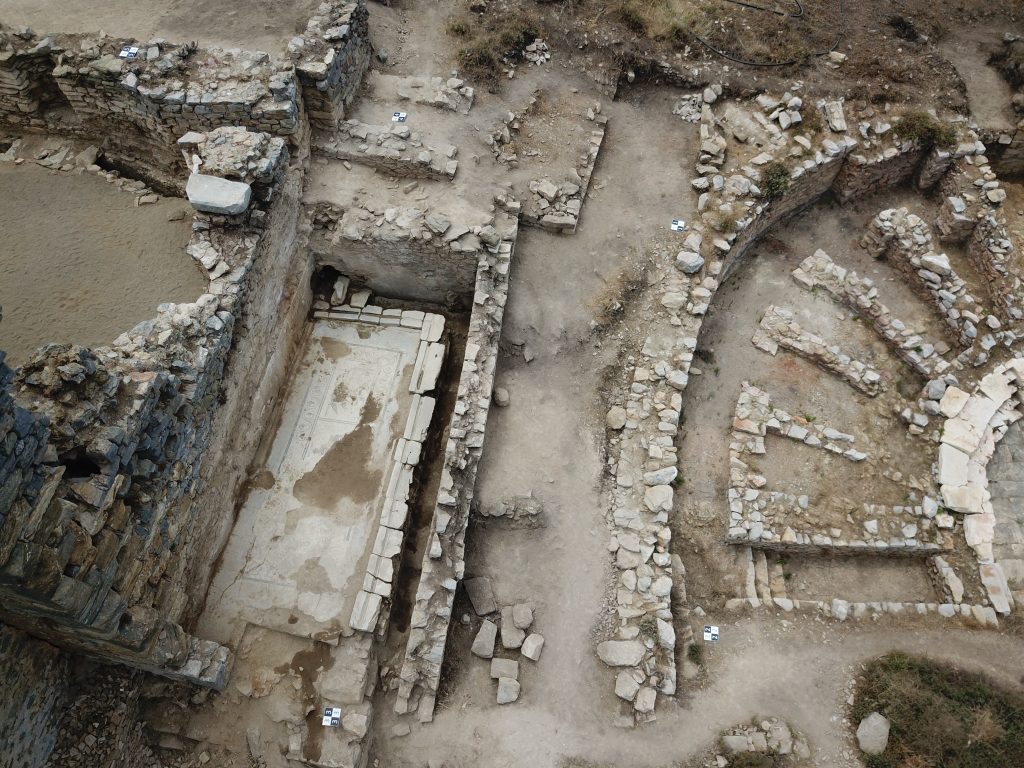 Historically the site of Antiochia ad Cragum with its harbor possibly served as one of the havens for the famed Cilician pirates who operated from these shores and preyed upon shipping and coastal communities of the eastern Mediterranean during the first half of the first century BC.  The Roman general Pompey ended the pirate scourge in 67 BC with a naval victory at nearby Korakesion (Alanya).  No traces of Antiochia’s pirate past survive among the remains visible today.  The emperor Caligula ceded control of Rough Cilicia to a client-king of Rome, Antiochos IV of Commagene, for a brief period in AD 38 before summarily deposing him; Antiochus was then restored to power in AD 41 by Claudius.  He ruled continuously until AD 72, during which period he founded the city named after himself.  After his removal by Vespasian in 72, the city, along with the rest of Rough Cilicia, fell under direct Roman rule as part of the enlarged Province of Cilicia.  The city appears to have reached its greatest extent during the later Roman Empire, from the third century on.  It is this period that the current excavations are exploring.

The ancient city of Antiochia ad Cragum was constructed on primarily sloping ground that descends from the Taurus mountain range down to the sea.  It is magnificently situated several hundred meters above sea level, protected on several sides by cliffs and steep slopes that plummet to the sea below.  The portion of the site where ancient architecture is still preserved within the modern confines of the village of Güney occupies a large territory, over 75 acres in area.  ACARP represents the first systematic excavation and study of this site.

The excavation runs on a Monday-Friday schedule.  Typically, we depart for the site at 5:30 AM and enjoy a group breakfast at the site. Work begins at 6:30 and continues until 1 PM.  There is mid-morning break at 10:00.  Lunch is served at 1:00, also at the site.  Post-lunch activities usually involve ceramics cleaning and sorting, and report writing.  At least once a week there is an organized swimming event to the nearby “private cove.”  Dinners are provided in the Gazipaşa excavation house at approximately 7:00 PM.  All meals are typical Turkish fare with an accent on fresh and homemade foods.  No meals are provided on Sundays. Excursions to nearby sites or museums will occur during the weekends. These sites include Selinus, Anemurium, Perge, Aspendos, Side, Alanya, and Lamos.

Notes:
The excavation is noted for the number of mosaics found in the various buildings. Expectations are high that additional mosaics will be uncovered in 2023.

Room and Board Arrangements:
We will be staying in the city of Gazipaşa (22 km from the site), a modest-size community, with a population of approximately 35,000 people.  For accommodations we will be staying in the dormitory of a local high school for tourism students. Attached to the dormitory is a modest hotel which the staff will occupy. The dormitory/hotel complex is within easy walking distance of the town center and the beach. Each room in the dormitory will have 4-6 beds and individual wardrobes for each occupant. The rooms are fully air conditioned and have en-suite bathrooms and showers. There are washing machines available and wifi throughout the building. The attached hotel offers single rooms at a supplemental cost (in 2022 that supplement was $12 per night). This single supplement rate is not guaranteed as of October 2022. Breakfasts and lunches are offered at our depot and headquarters at the site. Dinners are offered in the excavation house. The project has four cooks on staff. Cost: $2600 per session for students; $2900 for non-student volunteers Costs include: • Shuttle transportation to and from local Turkish airport • Residence in Project Excavation House near the city center of Gazipaşa. Dormitory-style rooms (up to six people per room). Single supplements available. • All meals (except Saturday breakfast, and all day Sunday) • Round trip transportation between Excavation House and the archaeological site • Instruction in archaeological field techniques; ceramics studies; basic surveying skills; basics conservation training • Excursions to local archaeological sites • Medical insurance (through the University of Nebraska)