This listing expired on June 10, 2019. Please contact csnively@gettysburg.edu for any updated information. 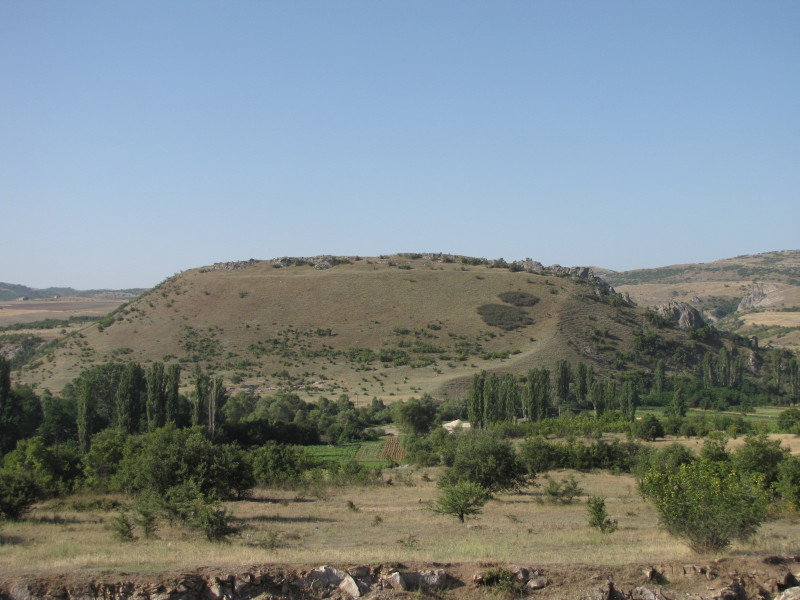 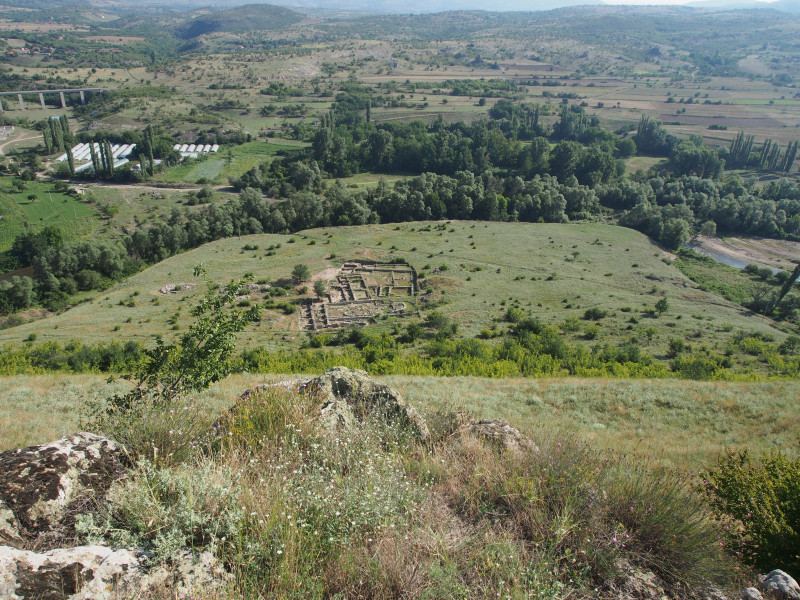 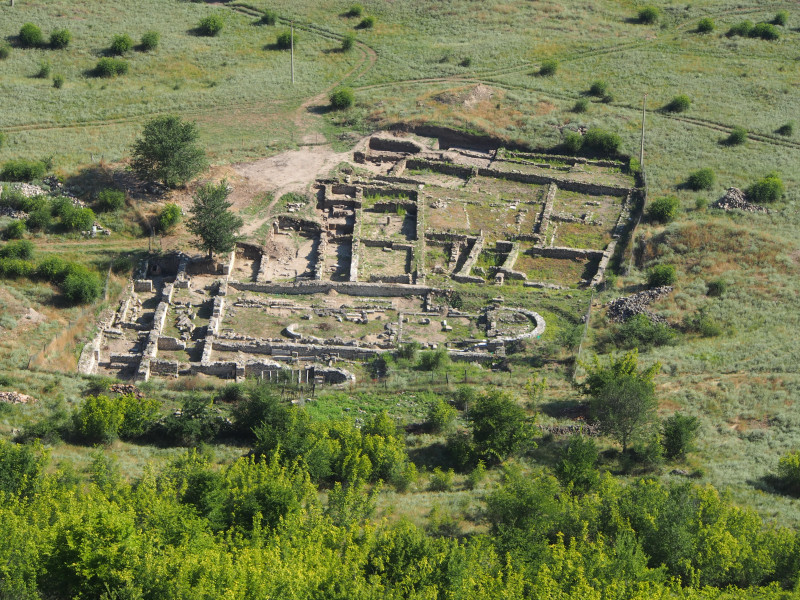 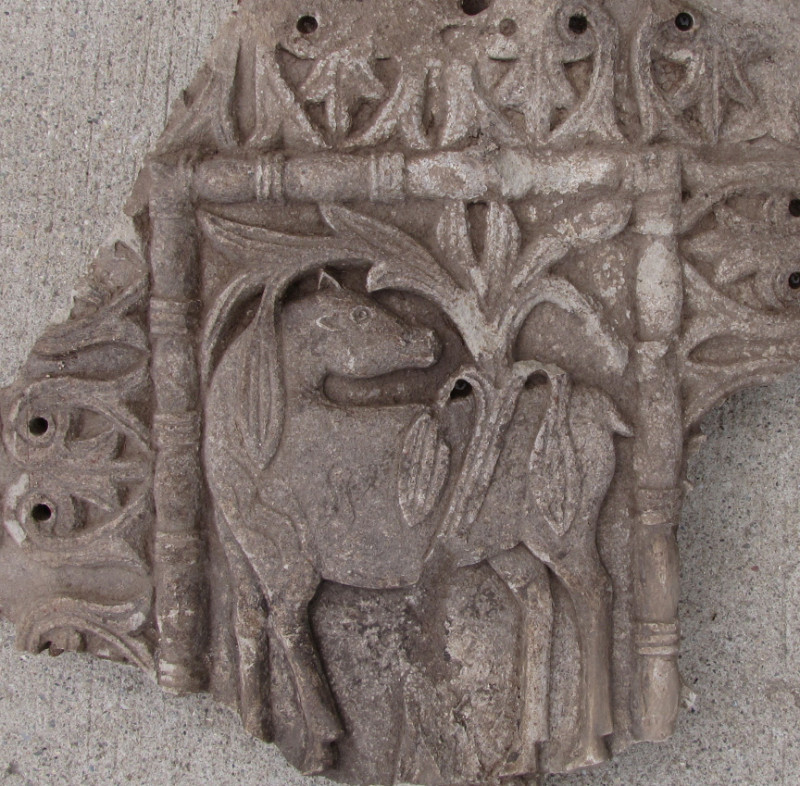 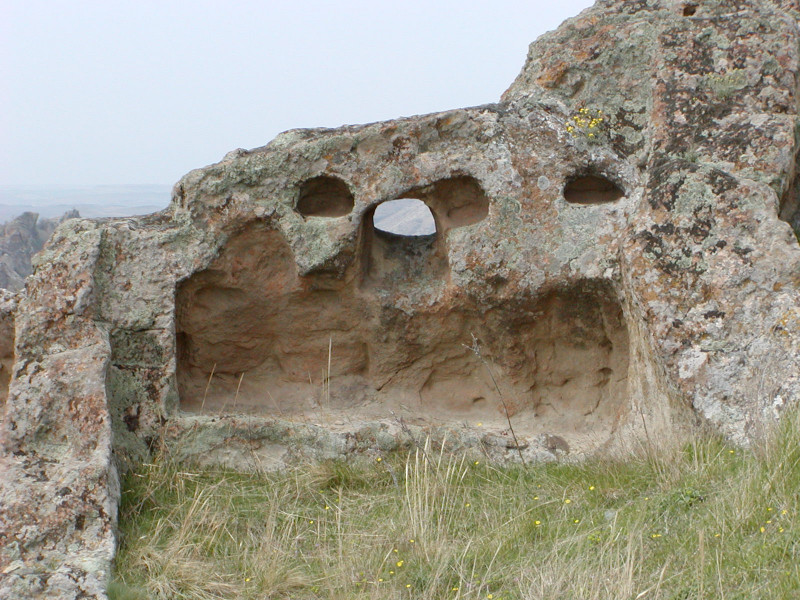 Session Dates: The above dates are not set in stone, but the project will probably begin in late May and may run into early July. Staff members must be available for a minimum of five or six weeks during the season. Precise dates are negotiable.

Since 1998 this international project has carried out archaeological excavation of the anonymous Late Antique city at the site of Golemo Gradište at the village of Konjuh, Kratovo county, in the recently renamed Republic of North Macedonia.  The heavily fortified 5th-7th century CE city included a separately defended acropolis, a northern terrace where the lower town was located, and a southern area that has not been investigated. Investigation since 2004 has been focused on the northern terrace, where a mixed residential and industrial complex, a peristyle house, and a Christian basilica with several unique features have come to light.  The specific focus for the 2019 season will be on the rectangular structure that connected the basilica and residence and thus formed a large ecclesiastical and almost certainly episcopal complex.

The project is international and small.  During the week Macedonian and American (or Canadian or British or whatever) staff members, usually not more than eight or nine, live in a house near the site and work closely together on site.  The Macedonian archaeologists are usually fluent in English, but our workers from the village of Konjuh—with an exception or two—speak only Slavic Macedonian; one of the challenges of working on the project is the supervision of workers with whom you not have a common language.

The project needs one or two archaeologists to supervise trenches during the 2019 season. We would like to find archaeologists who are interested in continuing to work in the Balkans in the future.

Contact Professor Snively by email (csnively@gettysburg.edu or karolstobi@hotmail.com) for more detailed information about various aspects of the project.

Notes:
A Late Antique site with several churches, two of which are unique in Early Byzantine ecclesiastical architecture; rooms, staircases, a gate, and other features quarried or carved into the bedrock of the acropolis; a small, long-term project; spectacular scenery; and the opportunity to learn about rural life and customs in an isolated village.

Minimum Length of Stay for Volunteers: Five to six weeks.

Experience Required: Applicants must hold a BA or BS degree (advanced degrees are welcome and encouraged) in a relevant field and have a minimum of two seasons of excavation experience in a Mediterranean or European setting with architecture. Fluency in writing and speaking English is required as well as the ability to keep archaeological documentation in English or Macedonian. Archaeologists with an interest in long-term work in the Balkans are encouraged to apply or to be in contact with the director.

Room and Board Arrangements:
The project provides housing (Monday through Friday nights at a house near the site, Saturday and Sunday nights in Skopje) and meals (Monday supper through Saturday second breakfast). The conditions near the site will depend on which house we occupy this season, but we will have electricity and running water, almost certainly hot water (solar) and showers.  Meals are not provided on weekends, but there are cheap restaurants and supermarkets near the apartment in Skopje and the opportunity to cook at the apartment. Cost: Staff members are responsible for their transportation to and from Skopje at beginning and end of season. Housing is provided by the project as are meals during the week. Trench supervisors will receive a per diem of $12-15 (depending on the exchange rate). Contact Professor Snively by email for details.