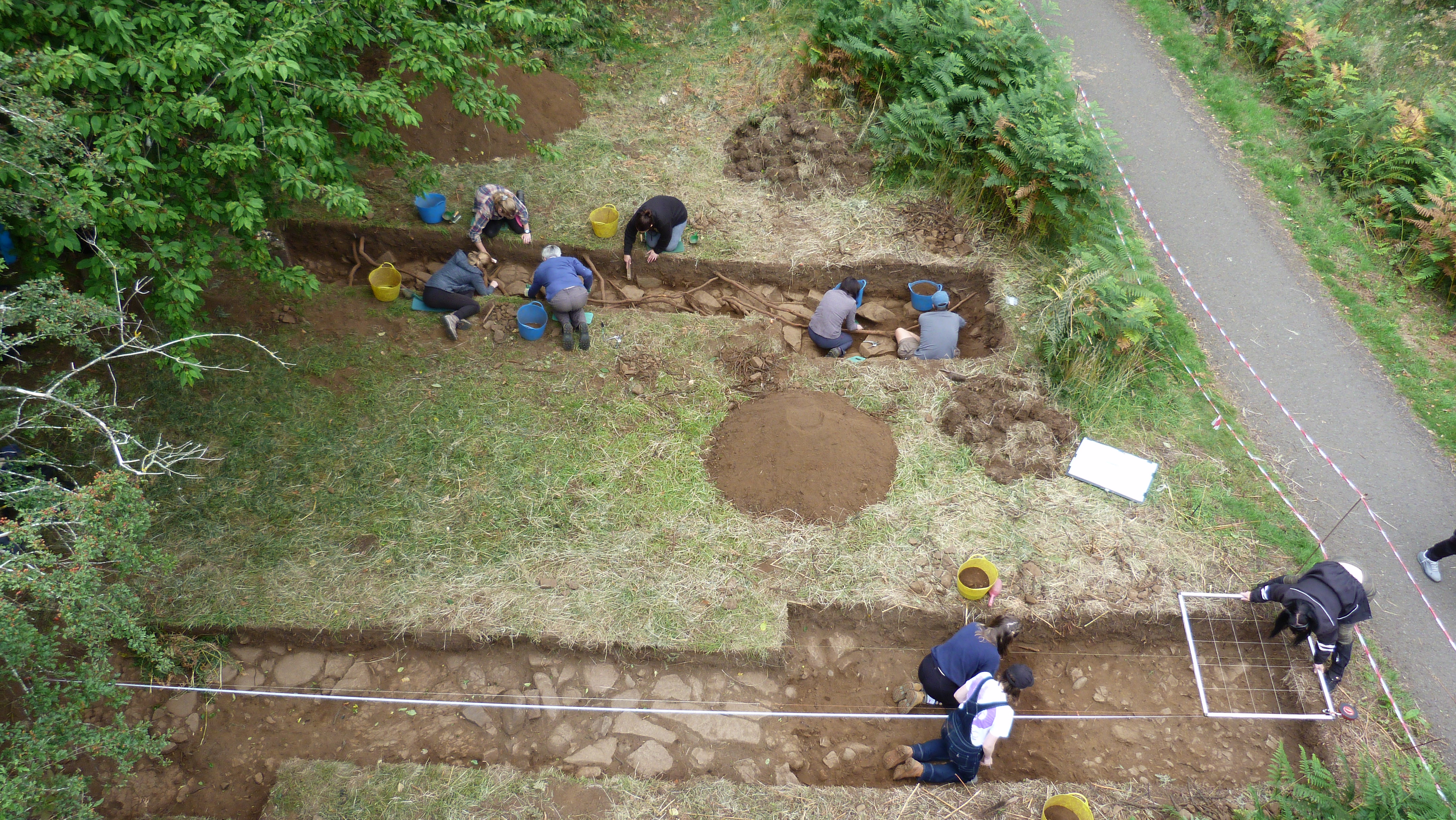 The King’s Park, Stirling, is the oldest and best preserved Royal Park in Scotland and surrounds Stirling Castle, the ancient capital of Scotland. In December 2017, path works within the castle identified a previously unrecorded late prehistoric defended fort, built on the highest point in the park and right next to a golf course!Stirling sits at the lowest crossing point of the River Forth and was the only way for armies to invade or resist invasion and of course played a key role in both the Battle of Stirling Bridge and the Battle of Bannockburn. The same factors exploited by Bruce and Wallace also influenced the Roman occupation of Scotland and the King’s Park fort most likely dates to this period when a series of enclosures were built at key locations to exploit Roman trade with the northern Scotland.

Join us as we continue to uncover the King’s Park Fort!

The King’s Park fort is part of a long term, relaxed and open series of project to explore the Late Prehistoric settlement patterns of the Forth Valley and will run from the 15th to 20th August 2021. The project will be run by Dr Murray Cook and you can read more about Murray’s wider research http://www.scottishheritagehub.com/content/case-study-kintore-aberdeenshire-shining-light-black-hole.

For more information, or to book your place contact the Project Director Dr Murray Cook at: info@rampartscotland.co.uk

Room and Board Arrangements:
Not included though there are numerous options round Stirling and the dig is a short walk from the city center.