This listing expired on June 21, 2020. Please contact pogrady@uoregon.edu for any updated information. 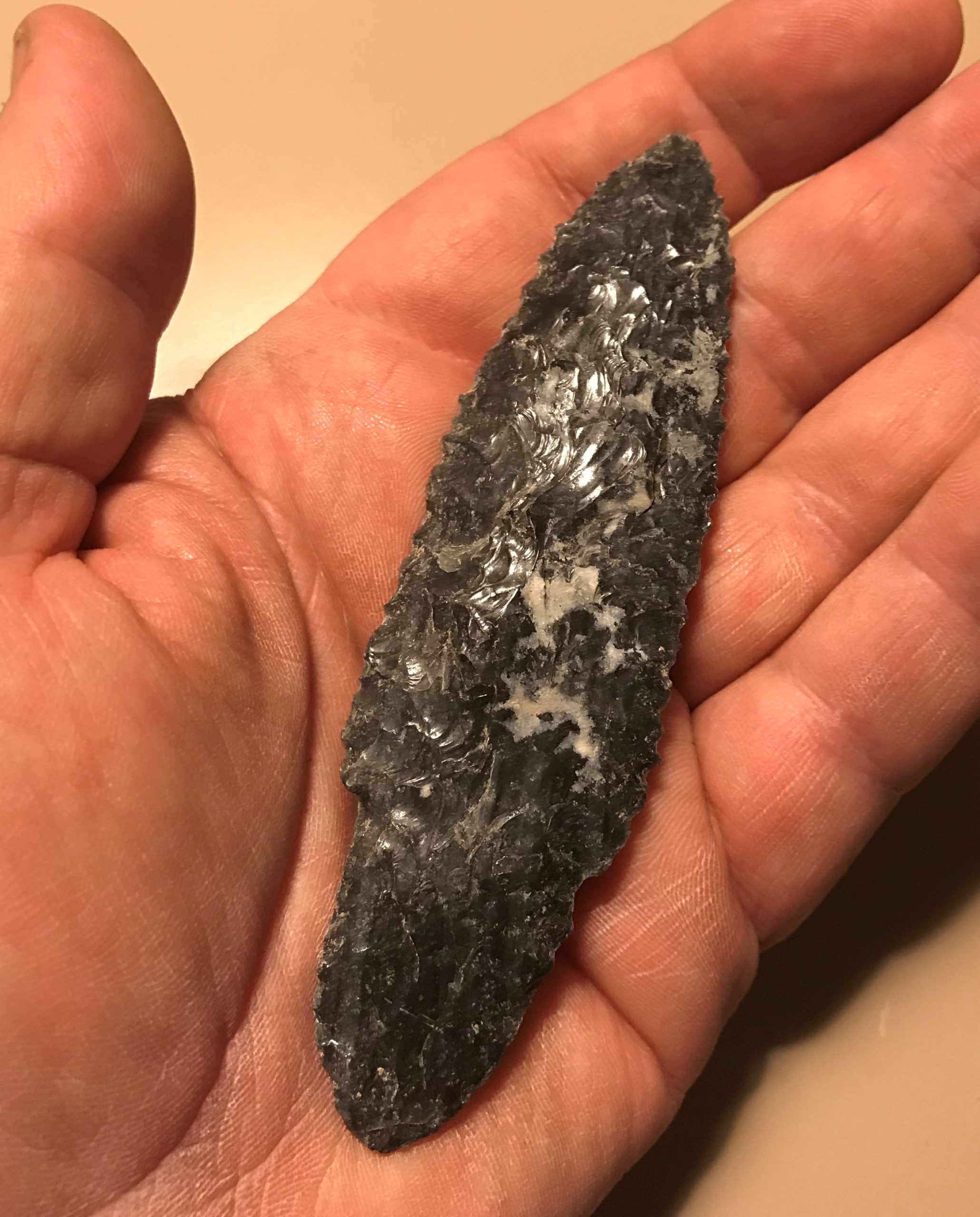 Session Dates: One session as listed above.

Affiliation:
University of Oregon Museum of Natural and Cultural History

The 2020 field school program is divided into four sections for student educational development: 1) establishing regional context, 2) lithic identification, 3) beginning excavation techniques, and 4) advanced excavation techniques. The first week will be devoted to introductory information including lectures and field trips. The second week consists of a five-day lithic workshop conducted by the noted expert Dan Stueber that includes lithic analysis and flintknapping. This information is vital to the student’s ability to identify significant artifacts during the course of excavation. Students will then be trained in three phases of archaeological investigation, including Phase 1: pedestrian survey techniques, Phase 2: test excavation, and Phase 3: data recovery. The third week brings a change from introductory studies to excavation training at the North Locus across the ancient stream channel from the rockshelter, focusing on developing skills at hand excavation, horizontal and vertical measurement, note-taking, and recordation on probe and level records. Weeks four through six mark the transition from introductory to advanced excavation, with students shifting to the rockshelter interior; the oldest and most archaeologically challenging portion of the site. There will be additional lectures and site visits by various archaeological researchers and our artist-in-residence, Nancy Pobanz.

Period(s) of Occupation: Rimrock Draw Rockshelter is essentially a Paleoindian “open-air site”, meaning that the early inhabitants took advantage of the protection offered by a shallow (ca. 3 m deep and 20 m long) overhang in an otherwise open landscape for protection from precipitation, wind, or sun, depending on the season. A permanent stream was adjacent to the shelter during the earliest occupation of the site prior to 17,000 CAL BP and continuing to 9,000 CAL BP, after which a cienega formed by a combination of weak and intermittent steam flow, and springs between 9,000 to 7,600 CAL BP. All of the CAL BP dates presented herein are approximations based on AMS 14C dates produced by Stafford Consulting, Inc. that are being reanalyzed by Thomas W. Stafford, Jr. prior to publication. The oldest deposits immediately overlie bedrock near the back wall of the rockshelter and are approximately dated by large Pleistocene-aged herbivores. This deposit includes smaller, extant animal species, flake tools of obsidian and cryptocrystalline silicates, fuel wood, burned seeds, hair, and a predominance of obsidian debitage. Dates in the ca. 17,000 Cal BP range have been assayed on camelid and bison teeth and another in the ca. 13,000 CAL BP range on another bison tooth near the base of the stream channel. All tooth fragments were found in association with flake tools and debitage. Temporally diagnostic Western Stemmed projectile points (n=68) dating between ca. 13,300 and 7,000 BP are found in situ in the rockshelter as well as across the surface in a 300 m radius surrounding it. We base the older temporal boundary on the discovery of Western Stemmed points under Clovis-aged deposits at Paisley Caves (Jenkins et al. 2012) and the 13,300 to 12,800 CAL BP date range for Clovis established by Waters and Stafford (2007). The 7,000 year terminus of site use is estimated by the abundance of Northern Side-notched points (n=30) which date between 7,300 and 4,500 CAL BP (Grayson 2011), and the limited number of Elko Series points (n=5) with an age range of ca. 6,500 to 1,000 CAL BP. Elko points are considered to be the most common type of projectile point found throughout the northern Great Basin. Other projectile points coeval with Elko, and later points crafted for use with bow and arrow (ca. 1,750 to 150 BP) are also rare at the site. The chronological associations suggest that there is a period of use at the site between at least 17,000 to 13,000 CAL BP that relates to human activities oriented to the presence of the stream, and a period tied to later use of both the stream and cienega that was much more pronounced between 13,000 to 7,000 CAL BP. A thin band of primary Mazama tephra rests atop the cienega deposit with massive eolian sediments above, suggesting that the eruption that formed Crater Lake altered hydrology in the region and increased aridity made the site less hospitable thereafter.

Experience Required: Enrollment in an undergraduate or graduate anthropology program, but there are no prerequisite courses required. The field program covers all aspects of training in Phase 1-3 field methods. Introductory studies in regional and cultural context and lithic analysis will occur prior to field excavation training. We encourage students to apply early in their academic program so they may tailor future coursework to areas of interest identified during the field school.

Room and Board Arrangements:
Students camp at a juniper-forested site on public land approximately 1 mile from the site. Personal camping gear is required, but transportation to and from the campground/site is provided and there is a shuttle back and forth weekly from Eugene, Oregon to the camp. Students are required to provide their own transportation to get from their home to the departure site in Eugene by 8 am on June 22. Course fees cover tuition as well as food (we eat very well) and a kitchen area with stoves and tables, gathering places for lithic training and lectures, porta-potties and a shower enclosure, and equipment/lab trailers. Students cook and dine together with the staff and we can accommodate a variety of dietary restrictions. A list of recommended camping supplies and dig equipment is available at the website.

Academic Credit:
8 credits of Anth 408/508 (based on the quarterly system). Students do not have to be currently enrolled in a graduate level program to apply for graduate credit, but are required to have completed a BA or BS degree beforehand.