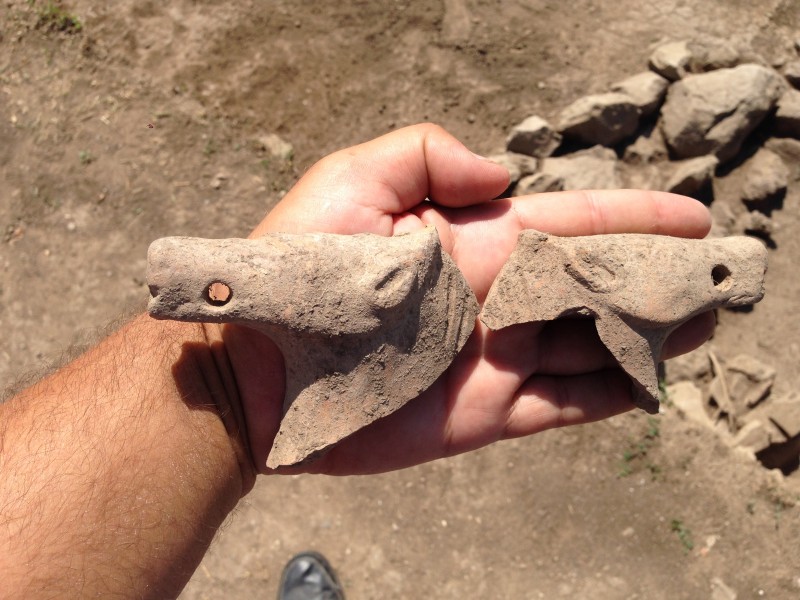 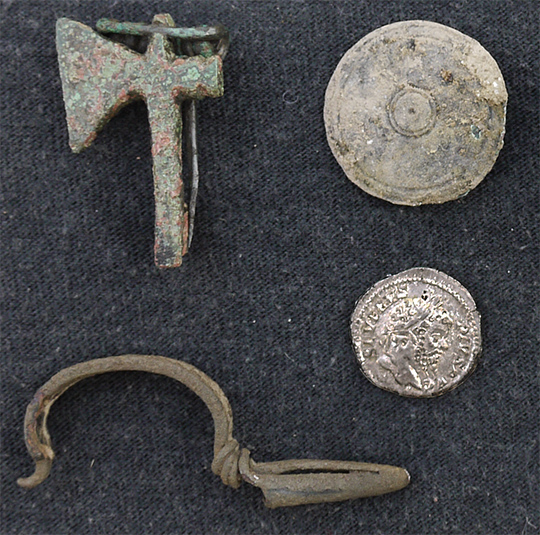 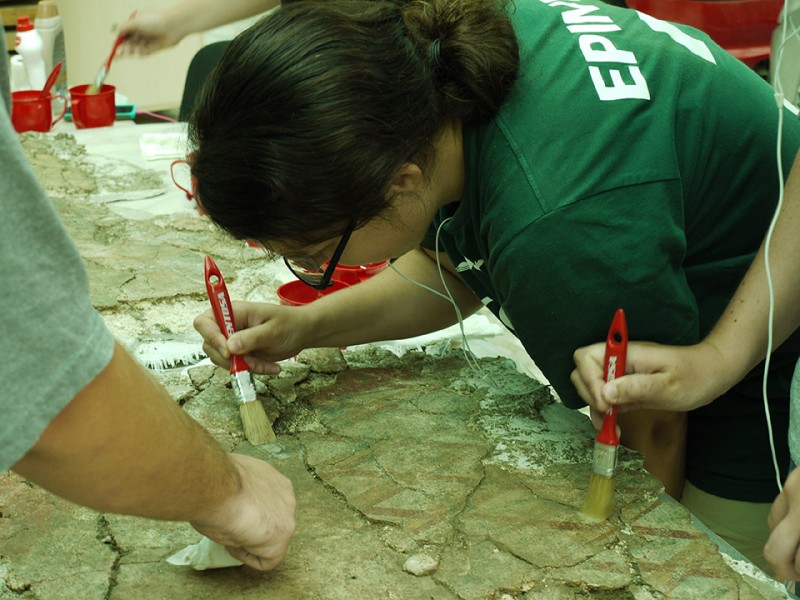 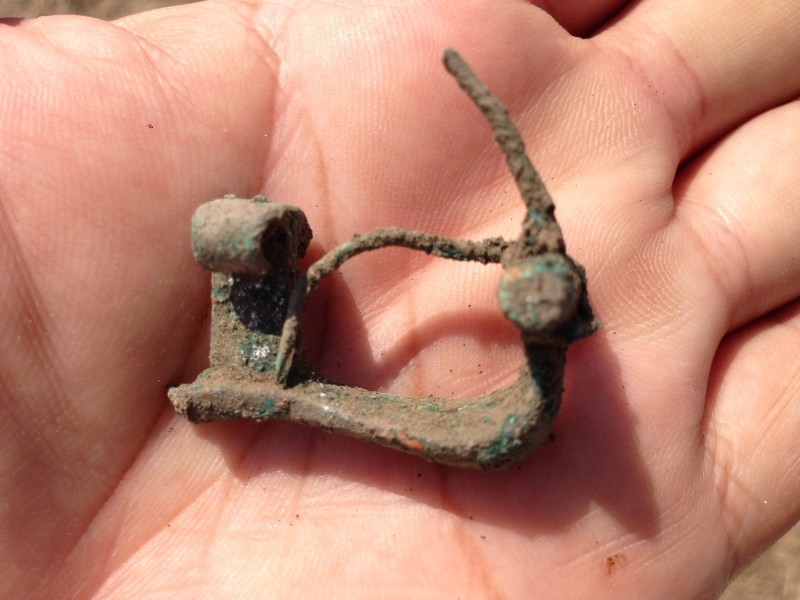 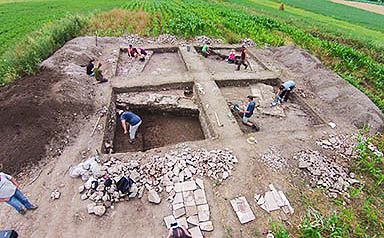 Our research area is situated in Transylvania (Romania)between the richest gold deposits in Europe, the Dacian Kingdom’s political and religious capital and its fortified satellites in the Carpathian Mountains, and Sarmizegetusa Ulpia Traiana, the Roman capital of the Dacian provinces and the first Roman city North of the Danube. Southwestern Transylvania was a highly integrated military, political, and economic region. During the Roman colonial occupation, 102-271 AD, our target area around Simeria and Rapolt shows a very dynamic and intensive synthesis of Roman provincial life, where a multitude of processes of colonization and creolization take place side by side. Our ground penetrating radar (GPR) survey from 2015 has revealed a rural villa of “palatial” size, unique in the Dacian Provinces, covering ca. 1.2ha of built space. Our test excavations have unearthed a rich environment, with 2 story buildings, painted walls, potential colonnades, several buildings outside the villa complex itself and a plethora of amazing and revealing artifacts. In 2020, we will continue the systematic excavation of the villa’s main building, which has already offered us amazing insights and exciting new information regarding rural life in Roman Dacia.

Identity and Wealth on the Roman Frontier – Roman Provincial (Palatial) Villa and Settlement Excavation and Survey: The mechanisms of Roman occupation of Dacia are very complex and not well understood. The Dacian aristocracy and upper classes were in continuous contact with the Roman world well prior to the final fall of the Dacian Kingdoms. These interactions took many forms, ranging from raids and limited warfare, to intensive and extensive trade, to use of Roman techniques, technologies and craftsmen. With the defeat and “suicide” of the last Dacian King, Decebalus, in 106AD, the structures of the local social system collapsed in parts or in whole. The new Roman presence generated a dynamic and continuous process of creolization in the new province, redefining the concepts and practices of identity, wealth and class representation along Roman traditions, in theory. However, the realities in the field are quite subtler. First of all, the local population was still present, controlling if not the resources proper, the various technical aspects of harvesting them. Second, the new Roman population was a very diverse aggregate of ethnic groups from across the Empire, the heavy Syrian presence in Sarmizegetusa Ulpia Traiana and the many auxiliary garrisons along the various Transylvanian limes illustrating emphatically this aspect. Third, the Dacian Province presented de facto a frontier environment, constantly under pressure from foreign incursions from Germanic tribes from the north and west and the free Dacians and the Sarmatians/Scythian riders from the east. This particular excavation will attempt to address these aspects of identity perception, presentation and representation.

Combined with a series of lectures covering Daco-Roman history and archaeology, material culture analysis, geophysical and geochemical survey techniques, and associated hands-on laboratory and field training, this extraordinary environment and its associated monuments, with spectacular surrounding natural landscapes and beautiful Transylvanian churches and castles, guarantees all students and volunteers with an incredible archaeological and cultural experience.

We strongly encourage our participants to register to our ground penetrating radar (GPR) applications course – Applied Field Geophysics Workshop or Geophysics Exploration and Archaeological Excavation – to acquire useful and highly marketable technical survey skills. Our GPR teams are very small – maximum 3 participants per GPR system for each 5 day intensive workshop – to maximize both quantity and quality of intensive, hands-on training in data collection and analysis in ground penetrating radar surveying.

Notes:
Excavation of a rural villa of “palatial” size, unique in the Dacian Provinces (Transylvania), covering ca. 1.2ha of built space. Our test excavations have unearthed a rich environment, with 2 story buildings, painted walls, colonnades, several buildings outside the villa complex itself and a plethora of intriguing artifacts.

Experience Required: Training in excavation, survey and processing provided on site. Lectures will be offered throughout the program.

Room and Board Arrangements:
We house everyone in double or triple occupancy rooms in the village houses. Every house is equipped with bathrooms. You will be guests of Romanian families and will have a chance to discover the true sense of old fashion Transylvanian hospitality. You will experience some of the nicest aspects of Eastern European country life, indulging in your guest families home made cookies and a variety of  home made traditional  beverages. Generally speaking, you will have all the advantages of a country life with the comfort of an urban environment. Breakfast and dinner is included during the work week and we will eat as a team in one of the local restaurants. Students are responsible for their own lunches in the field. Beware that Romanian cuisine is meat oriented (although we do our best to satisfy vegetarians as well). Cost: $1,695 per each 4 weeks session