This listing expired on January 15, 2018. Please contact littman@hawaii.edu for any updated information. 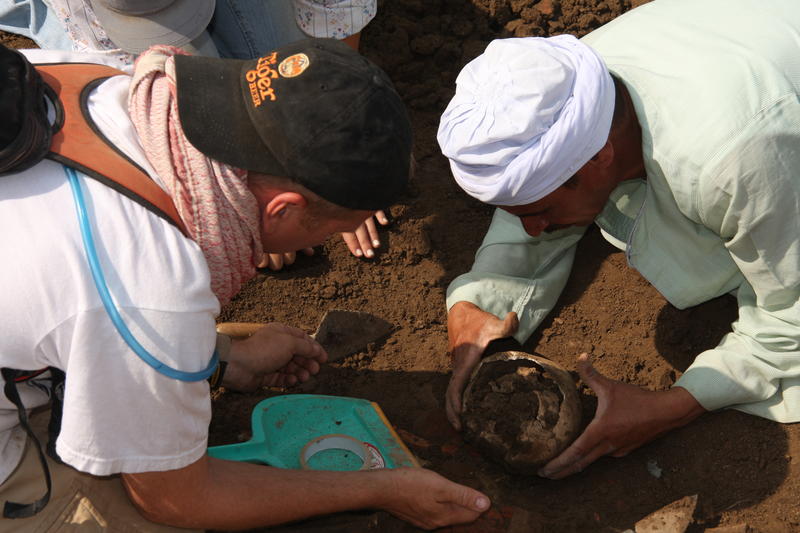 Archaeologists, participants, and several supervisors interested in a winter 2015 archaeological project at the site of Tell Timai in the Delta region of Egypt.  The investigation will include street-by-street mapping of Thmuis and excavation of elite and administrative precincts of the older Hellenistic district and harbor area.

The ruins of the Greco-Roman Egyptian city of Thmuis are found at Tell-El Timai in the Delta region of Egypt near the modern city of El-Mansoura.  Thmuis is first mentioned in Classical texts by Herodotus (Histories of Herodotus 2.166) based on his visit in the middle of the 5th century BC.  By Ptolemaic times the city was flourishing, having assumed administration of the Mendesian nome from its sister city at nearby Tell el Rub’a.  Historical references to the city in Josephus (Jewish Wars 4.656), Pliny (Natural History 13.2.4), Ammianus Marcellinus (Roman History 22.16) and other sources attest to the importance of the city in the Classical world.  The city earned its greatest fame as the source of Mendesian perfume which was prized throughout the Mediterranean.  The city later played an important role in the rise of early Christianity, serving as an episcopal see during the late Roman Period (3rd -4th centuries AD).  The city appears to have been abandoned during the Arab Period in the 10th century AD following the suppression of a tax revolt.

Academic Credit:
3, 6 or 9 credits offered by University of Hawaii. Tuition is .

LLEA, U of Hawaii