This listing expired on May 17, 2020. Please contact dgeorge@anselm.edu for any updated information. 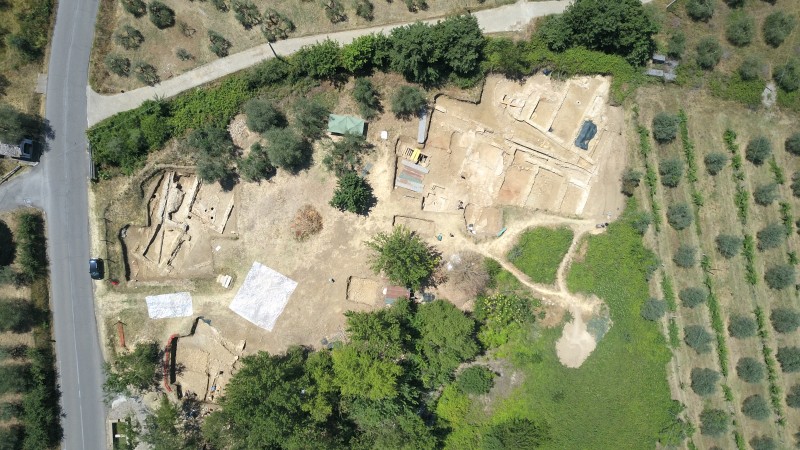 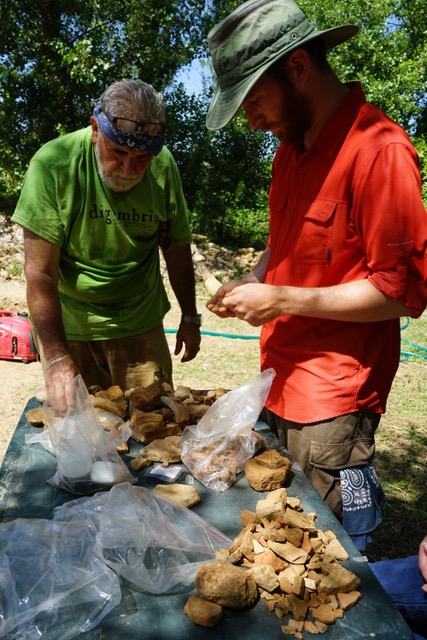 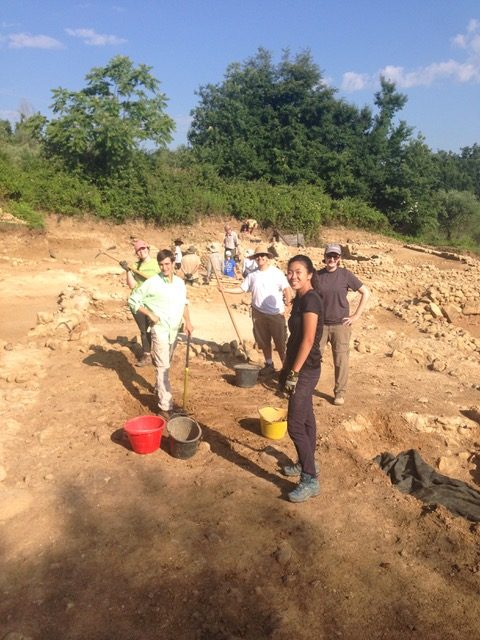 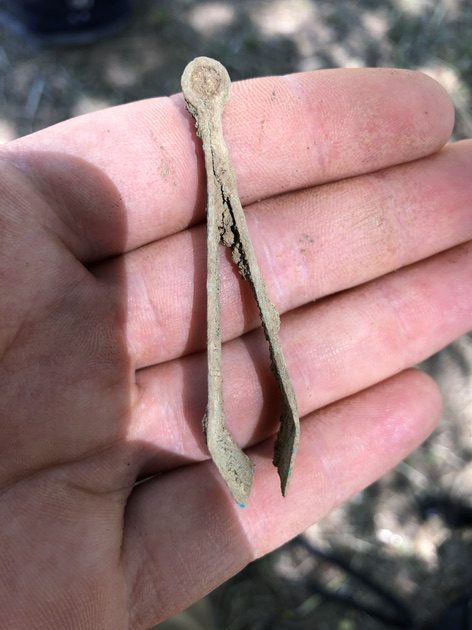 We are accepting volunteers for the Coriglia/Orvieto Excavation project who will participate in excavations in Umbria, Italy during the summer of 2020. This international archaeological project is sponsored by the Department of Classics at Saint Anselm College.  The Department’s work in Italy is conducted in cooperation with civic and archaeological officials of the towns of Orvieto and Castel Viscardo, the village of Monterubiaglio, and the Soprintendenza per I Beni Archeologici dell’Umbria. This archaeological expedition is part of a long-term project to excavate several sites near Orvieto. Volunteers will have the opportunity to gain experience in diverse aspects of the broad field of archaeology by participating not only in excavations in the field, but also in the cleaning, identification, and documentation of recovered artifacts. This season will focus our work on our flagship site, an Etrusco-Roman settlement known as Coriglia located approximately 8 miles from Orvieto.

The site of Coriglia: Over the last 14 years, excavations at this Etrusco-Roman settlement have uncovered a complex assemblage of monumental structures that resulted from the persistent habitation of the site from as at least the 6th century BCE through the Renaissance. The major occupation of Coriglia began with an Etruscan phase in the 6th century BCE and reached its peak during the Roman Imperial period, though the site continued to be inhabited through the Renaissance. The site occupies a large hillside that is defined by a series of L-shaped retaining walls that step down toward the river. The oldest of the two retaining walls was Etruscan, while the more recent retaining wall is of Late Republican Roman date and parallels the other in plan and purpose, together shaping the hillside into at least three terraces, two of which are currently under investigation. The Etruscan wall, dated from ceramics and construction to between the 6th and 4th century BCE, supports the south portion of the upper terrace and had been surmounted by a series of inverted large pots (dolia) referred to as ziros. In this part of Etruria, these finds frequently indicate sacrifice to gods of the dead. Evidence for post holes and collapse of a structure have been found on this portion of the terrace. All of the ceramic materials found in this context are Etruscan or imported from Greece. To the east an Imperial road, storm water basins, water supply pipes and canals, and an entry to the site were repeatedly reworked. To the southwest two large vascae (each large enough to hold an SUV) were excavated in 2009 and 2010. These Imperial structures cut even earlier catch basins and canals and were later tapped as a water source for a medieval workshop excavated along their northern exterior wall. All of these water features are supplied by the natural springs found on site, one of the many reasons this area was settled. Western portions of the lower terrace support a bath complex that was repeatedly reworked and has at least three phases between the very end of the 1st century BCE and the beginning of the 4th century CE. The structure was first identified in 2007 and continued excavation has revealed the multiple rooms of the bath complex, a caldarium, and apses on each corner, including one that has been interpreted as a nymphaeum. At one point, this structure and many of the others found on site were elaborately decorated with vivid frescos and colorful mosaics as evidenced by the many fresco fragments and colored glass tesserae found during the course of excavation. To the east and unrelated to these structures we have found a series of Etruscan walls, one of which had an Etruscan ritual deposit beneath it that dates to around 400 BCE. This area, once a lower terrace, was at some point overflowed by one or more landslides, left buried, and built upon rather than excavated to its original level. Interestingly, a possible second bath complex, dating to the Late Roman period, was built in the area and is one of the areas of focus during the upcoming season. In addition, during the 2015 campaign, in the southeast corner of this same trench we discovered a staircase leading down into a partially intact subterranean barrel-vaulted storage space that served the structures above and around it. Evidence found inside this vault along with other areas on the site speak to several catastrophic landslides or earthquakes that rocked the site, yet the people who lived here rebuilt and continued to inhabit these areas for centuries.

The initial interpretation of the site as an Etruscan settlement that had developed into a Roman villa after the Roman conquest of Orvieto (the Etruscan Velzna) has not been supported by our subsequent excavation results. The finds are too monumental and wanting in the types of ceramic remains that one would expect to find associated with a villa. In addition, a monumental building associated with water seems to have been ritually abandoned in a way that suggests a possible sacred space after catastrophic flooding made the structure too costly to maintain. Our current working model is that Coriglia began as an Etruscan water/healing shrine around which a small town developed and grew. After the Roman suppression of nearby Orvieto (Velzna), with which Coriglia was associated, the finds indicate that it grew into a larger town with bath complexes and possible shrines associated with water and healing along a branch of the Via Cassia during the late Republic. The core of the complex remained in use until at least the 5th century CE, while settlement persisted until at least 1000 CE, after which the site became the focus of with production activity lasting until the 15th century CE when it was forgotten and became an olive grove and vineyard.

All volunteers will rotate between the site and the lab.

An important component of the excavations is its Archaeological Field School that supervises the immediate excavations and offers lectures and other educational opportunities. Academic credit is available to those who wish. In addition, we have provided opportunities for graduate students to develop thesis projects, publish papers, and present findings at venues including the Archaeological Institute of America’s Annual meeting. Members of the archaeological field school will be required to attend regular evening lectures and a number of short excursions to other nearby sites and museums.

Room and Board Arrangements:
The fee covers room and board. The dig house is a converted 15th monastery, the Convento S. Lorenzo in Vineis, just outside of Orvieto where participants will stay two to three to a room.  The convento has a laundry machine and drying racks along with wifi and other basic amenities.  Breakfast and dinner are taken in the refectory of the monastery, while lunch is provided on the site. Cost: $650 per week/ $3,600 for all six weeks. 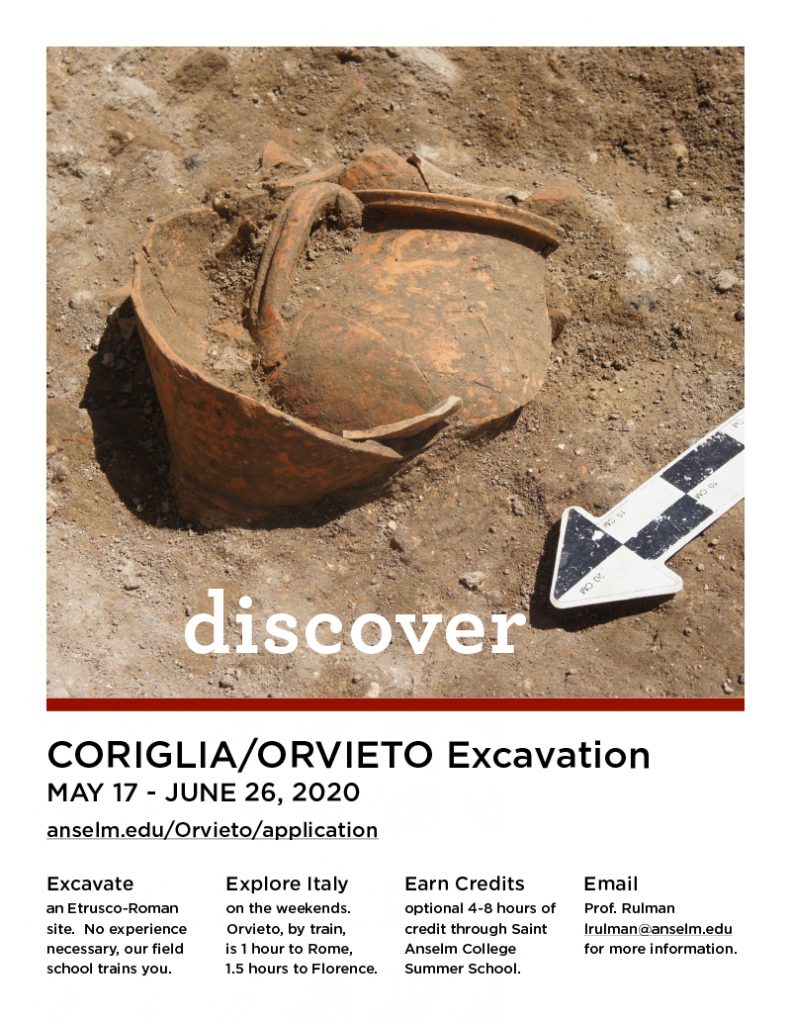