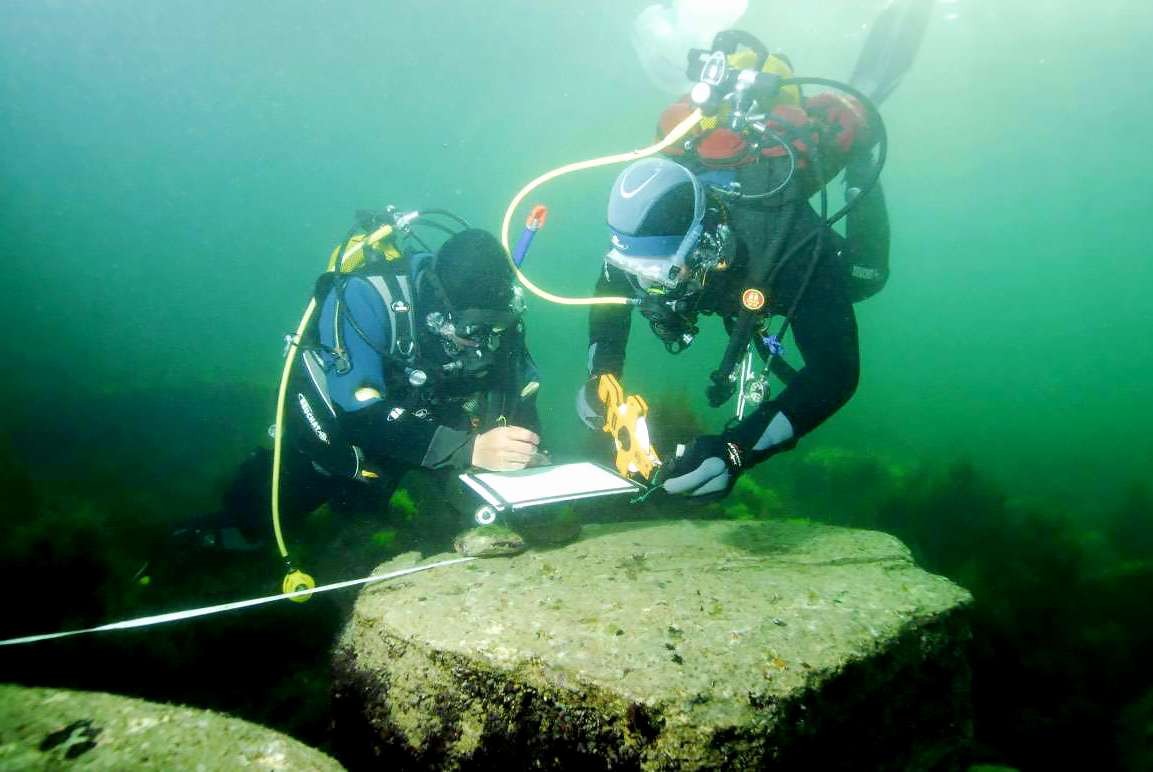 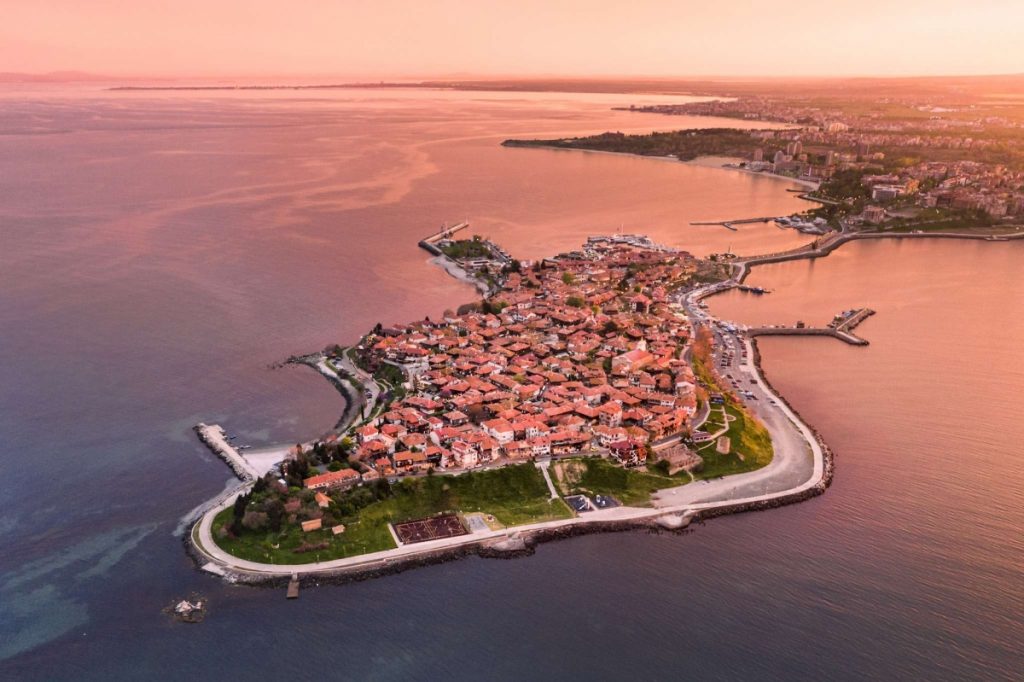 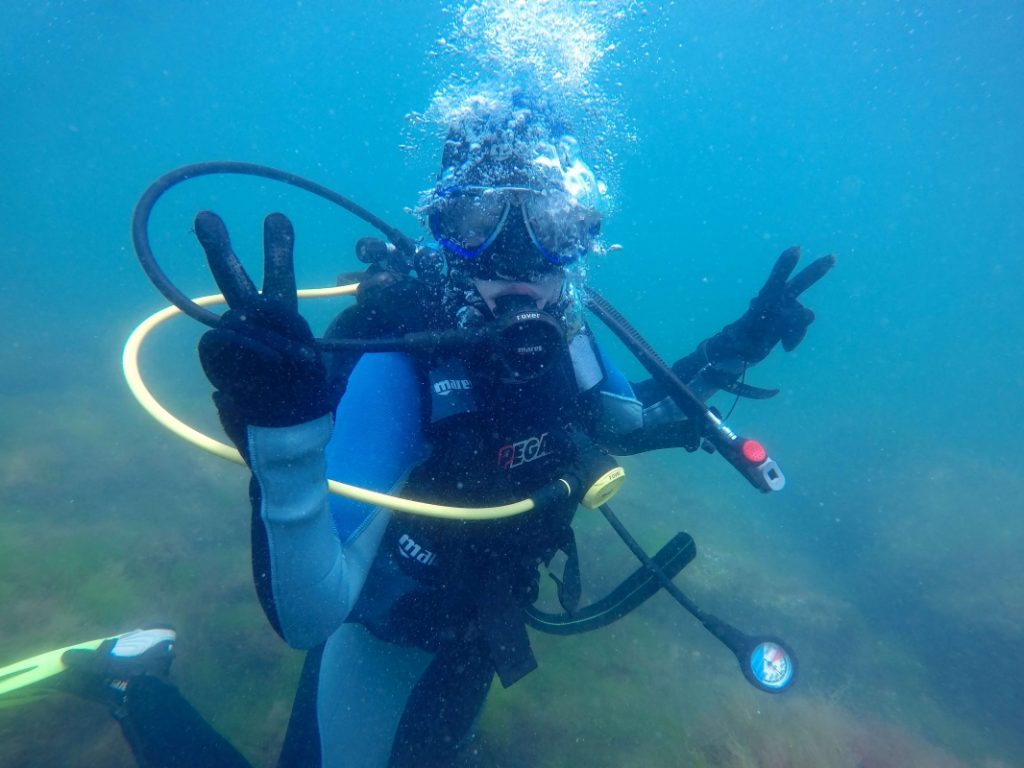 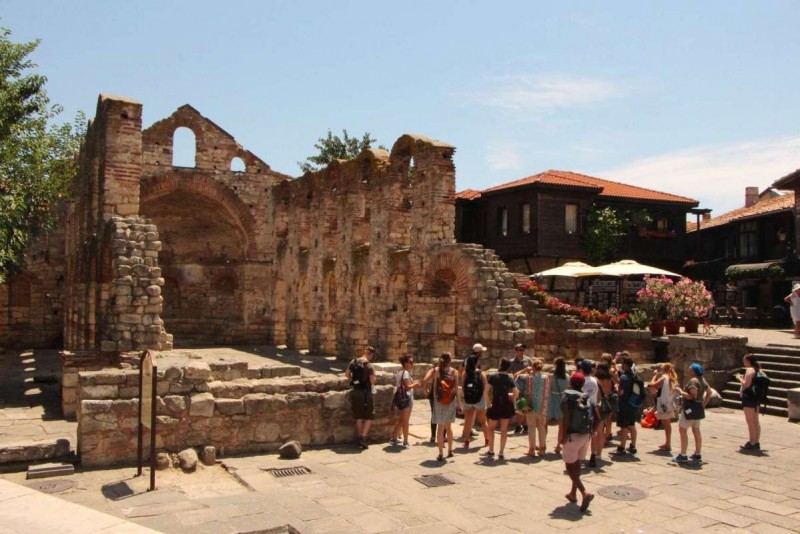 Discount for AIA members: 5% DISCOUNT OFF the regular admission fee

The field school provides a comprehensive introduction to and training in underwater archaeology through participation in an ongoing research project – discovering the submerged heritage of ancient Mesambria, present-day Nessebar (UNESCO World Heritage Site) on the Bulgarian Black Sea Coast. The training will include various underwater archaeology and interdisciplinary practices: underwater reconnaissance survey, archaeological excavations, underwater photography, photogrammetry and 3D modeling, mapping and recording of submerged archaeological structures and monuments, marine geophysical survey, RTI (Reflectance Transformation Imaging) recording of ship graffiti on historical churches in Nessebar, etc. Our research aims to fill in the gaps in our scientific knowledge about the fortification system of Mesambria and its harbors, the coastal landscape changes and the Black Sea level fluctuation in Antiquity and Medieval Ages as well as the human adaptation.

The field school’s aim is to broaden the knowledge of our participants, to refine their skills and thus to enhance their career in Maritime Archaeology. It is open to beginners in the field too. All participants will receive a Balkan Heritage Field School Certificate specifying the topics and the hours of the field school activities (fieldwork, lectures, workshops, educational trips, etc.)

The Venue and Sites

Founded at the end of the Bronze Age by a Thracian tribe, Nessebar was one of the oldest towns on the western Black Sea Coast. Its name, which was originally Mesambria, originates from the Thracian words “Melsas”, the name of the legendary founder of the settlement and “bria”- the Thracian word for town. It is situated on a small peninsula (currently about 0.5 sq. km) that was connected to the mainland by a narrow isthmus. Mesambria’s first Greek colonizers were of Dorian origin who settled there at the end of the 6th century BCE. The town grew quickly and became one of the most powerful Greek colonies along the western Black Sea Coast. It had several temples, a gymnasium, a theatre, massive administrative buildings and corresponding infrastructure. Mesambria was also gradually surrounded by massive fortification walls. According to the ancient sources, it had two harbors, one to its north and another to its south.

It reached the peak of its prosperity in the 3rd – 2nd centuries BCE, at which point it even minted its own gold coins. Commercial links connected it to towns from the Black Sea, Aegean, and Mediterranean coasts. Numerous imported precious artifacts now displayed in the Archaeological Museum of Nessebar provide material expression of the site’s rich economic, cultural, and spiritual life in this period. In 72 BCE, the town was conquered by Roman armies without resistance. At the beginning of the 1st century CE, it was included within the borders of the Roman Empire. After the capital was moved to Constantinople in 324 CE and Christianity was accepted as the official religion of the Empire in 313 CE, favorable conditions arose for the renaissance of the town. New Christian basilicas, fortification walls, and water supply lines were built in the following centuries.

The city was besieged and taken for the first time by the Bulgarians in 812 CE. It was situated in the border region between the Byzantine Empire and Bulgarian State (Chanate and Empire) and periodically changed hands between the two powers. During the 12th and 13th centuries, active trade links were developed between Nessebar and some Mediterranean and Adriatic towns, such as Constantinople, Venice, Genoa, Pisa, Ancona, and Dubrovnik as well as with the countries along the Danube River. During almost its entire Christian history, Nessebar was the seat of a bishop. Many churches and monasteries were built in the city and its surroundings reflecting its prosperity and richness.

Nessebar fell under Ottoman rule together with the Byzantine capital Constantinople in 1453 CE. During the following centuries, the economic and spiritual life did not stop and Nessebar’s harbor continued to be an important import and export center. The shipyard’s production, one of the main subsidence of the town, served the Ottoman fleet and the local merchants. In 1878,  Nessebar was liberated from the Ottomans and included in the borders of Bulgaria. Due to its unique natural position, rich cultural heritage, and a large number of well-preserved monuments (esp. churches from the 13th – 14th centuries), modern-day Nessebar is an archaeological and architectural reserve. In 1983 the Old Quarter of Nessebar was included in UNESCO’s list of World Heritage Sites.

Underwater studies in the region of Nessebar began in 1960 as a continuation of studies on land. Fifteen underwater archaeological campaigns were conducted in total (until 1983). During these studies, it was found that significant parts of the ancient town today are below sea level. Ruins of fortification walls, towers (including a hexagonal one), staircases, gates and other structures from the pre-Roman era, Late Antiquity and the Middle Ages, were traced in various sectors around the peninsula – northwest, north, northeast, east. The tracked layout of the fortification walls of Mesembria leads us to conclude that due to sea transgression, landslide activity, sea abrasion and a series of earthquakes, Nessebar has lost a significant intramural part of its territory. Today it lays underwater at a depth between 1,5 and 6 meters.

Notes:
The field school is open to anyone with interests in the field of underwater archaeology and who holds a SCUBA Open Water Certificate issued by any worldwide recognized training organization. The project will introduce students to underwater/maritime archaeology and specialized techniques for research, recording, conservation and monitoring through:

Experience Required: Applicants must hold a SCUBA Open Water Certificate issued by any worldwide recognized training organization and up-to-date DAN insurance (http://www.daneurope.org/insurance). Participants should provide evidence (log book) of at least four dives within the year prior to the field school. If the participants do not meet this requirement, they must do two to four extra dives in Bulgaria before the start of the field school with our diving center partner at their own expense. Participants should provide their own diving equipment: diving suit (at least 5 mm wet suit recommended), BCD, regulator, mask, fins, snorkel, knife, booties, belt, etc.). If the participants don’t bring their own diving gear they can rent it from the partnering diving center at a price up to 20 EUR (approx. 24 USD) per day (depending on the items rented). Аir tanks and diving weights will be available at the site. A valid COVID-19 certificate is required.

Room and Board Arrangements:
Accommodation*: Participants will stay in comfortable rooms with two beds (bathrooms with shower and WC, TV, air-conditioning) in Emona Guest House in the downtown of historical Nessebar, close to the beach and the archaeological site. Staying an extra day costs 25 EUR. Single rooms are available upon request for an additional fee of 120 EUR per week. *Subject to change. May be substituted with similar level accommodation. Meals: Breakfasts on work days as well as the welcome and the farewell dinners are covered by the reimbursement payment. Students are responsible for their daily lunch and dinners and all meals on days off. Nessebar offers variety of restaurants that can meet everyone’s preferences and dietary requirements – from fast food options to cozy gourmet restaurants. The average meal price (soup/salad, main dish and dessert) can cost between 8 to 15 EUR. The project team will recommend restaurants for different preferences (cuisine, cost, dietary needs) and will arrange discounts for the students. Participants must pay on their own for extra days and for single room accommodation as well as for extra meals, beverages, services and products!