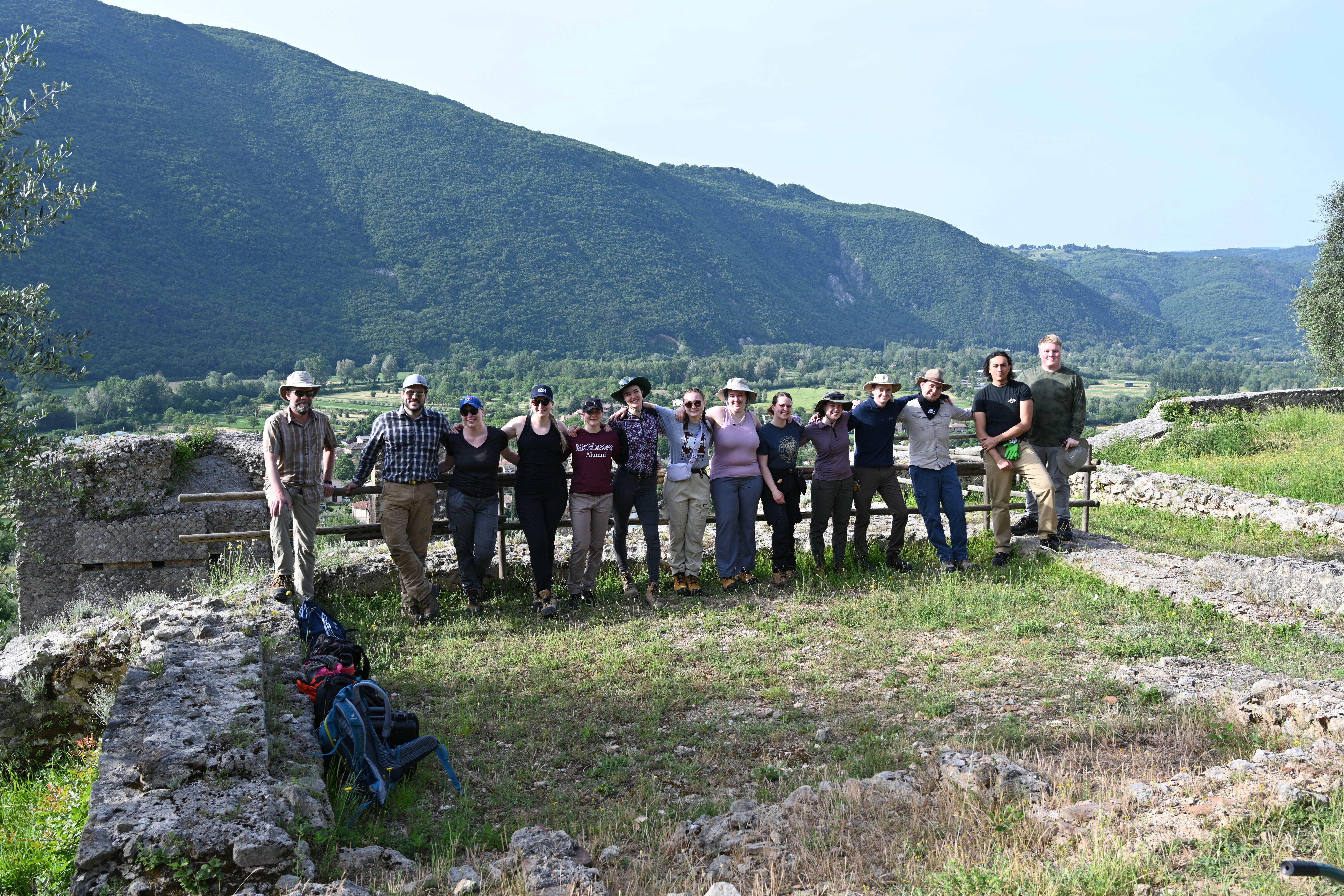 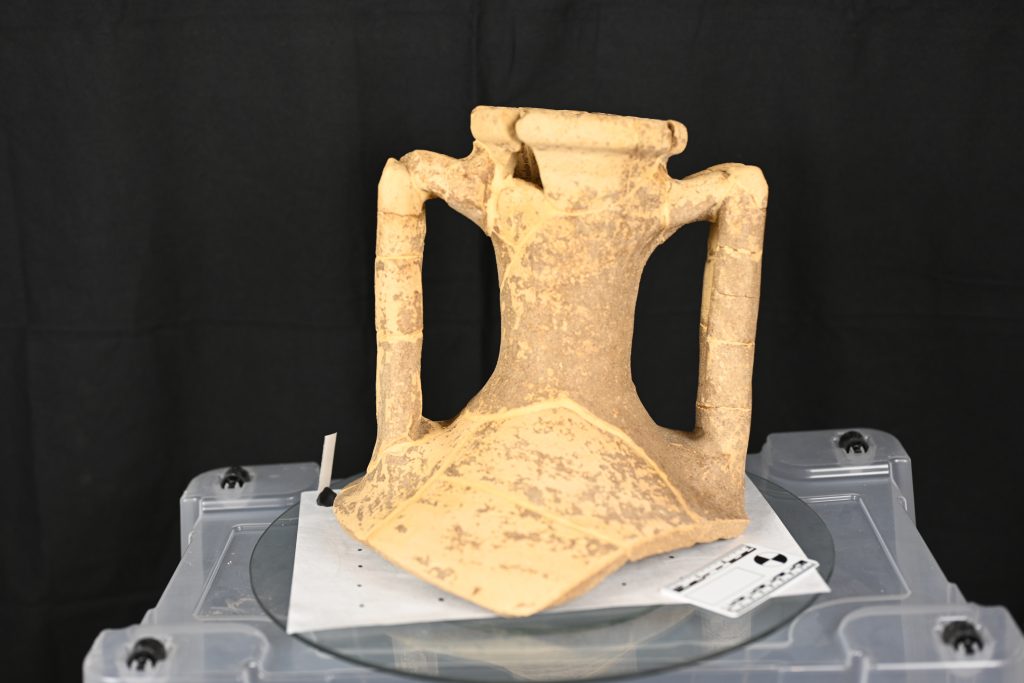 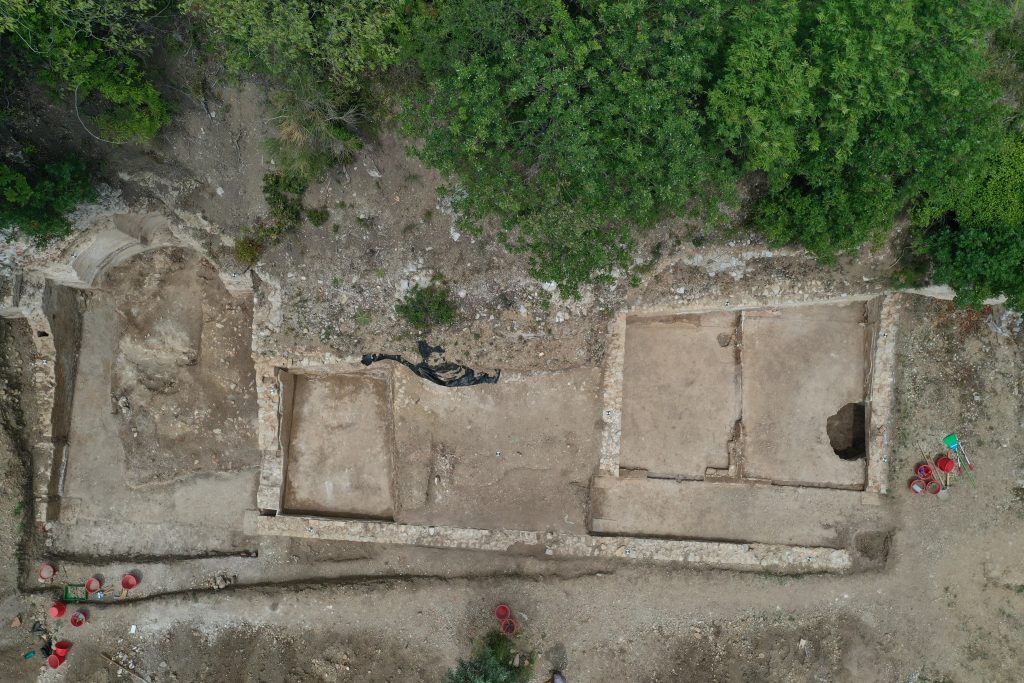 The Department of Languages and Cultures at Saint Mary’s University in Halifax invites applications for its archaeological field school to be taught onsite at the Villa di Tito (Villa of Titus) in the town of Castel Sant’Angelo (province of Rieti), Italy. Students will participate in an ongoing archaeological research project which involves the excavation of a very large Roman villa that was likely also an imperial estate. The goal of our research is to identify and study the parts of the villa associated with the daily activities and lives of non-elites (farmers, laborers, slaves, etc). We are also interested in documenting environmental changes and the economic life of the community through the analysis the site’s assemblage of zooarchaeological and archaeobotanical remains.

Location of Field School
The town of Castel Sant’Angelo is roughly 90 km northeast of Rome. The site at Castel Sant’Angelo is called colloquially the ‘Villa di Tito’ (Villa of Titus) and the ‘Terme di Tito’ (Baths of Titus), based on the supposition that it was once the property of the emperor Titus (reigned 79 – 81 CE), and possibly the site on his death. The ruins of a concrete, terraced Roman period structure (roughly 60 x 20 metres) have been visible since antiquity, and recent excavations in 2011 have suggest that the structure was a villa. In antiquity, this part of Italy was known as the Sabina, the home of the Sabines, among Rome’s first Italian allies, and the site may also have origins sometime in the third century BCE. The entire area is rich in archaeological sites from the Italian Iron Age and Roman period, and was an important region during the Middle Ages as well, situated along the Via Salaria (Salt Road), which connected Rome to the Adriatic coast of Italy.

History of the Project
This is the fourth year of an ongoing archaeological field project. This May and June we will complete a series of small excavations on the upper terrace of the site, begin excavations within the structure’s cryptoporticus, continue our programs of photogrammetry and geophysics, and process the finds from the 2022 season. Students will be trained in all basic operations associated with archaeological excavation, including digging, finds recovery, sieving, documentation, data entry, photography, drawing, and finds processing. There will also be an environmental archaeology component.

Notes:
Students will learn all elements of archaeological excavation and finds processing, including photography, flotation, use of a total station, and basic data entry. Weekend trips to historical and archaeological sites in the area may be organized, depending on student interest.

Experience Required: No experience is required.

Room and Board Arrangements:
COSTS For Canadian students, the tuition and fees for these two courses (6.0 credit hours) are between $1,585 (NS Residents) and $1842 (Domestic, Non-Residents of Nova Scotia) (total). Students are also required to pay a $1200 (Canadian) participation fee to Saint Mary's University (final amount To be Determined based on exchange rate and inflation), which covers costs associated with the field school, including meals, accommodation, and transport to and from the site each day. This fee does NOT include airfare; students are required to arrange for their travel to and from the field school. In general, student airfare to and from Italy during the summer runs between 800 and 1500 dollars Canadian (depending on the point of departure, airline, and route). Students should also budget some amount of pocket money for the purchase of souvenirs and for entertainment. Students who are participating in the Villa of Titus field project are housed in a renovated 19th century farmhouse which recently has been converted into a guest house complete with bunks, wardrobes, bathrooms, and showers. At the moment, however, there are no washing machines, so students will have to hand-wash their clothing. Nearby towns and villages are home to shops, coffee bars, restaurants, and bank machines. Breakfast, lunch, and dinner are provided from Monday to Friday. We will typically eat dinner at a local restaurant/agriturismo, while we will eat breakfast and lunch at the aforementioned farmhouse. For snacks, there are a number of small, local grocery stores that sell all manner of snack items and food.