This listing expired on April 12, 2019. Please contact myles.mccallum@smu.ca for any updated information. 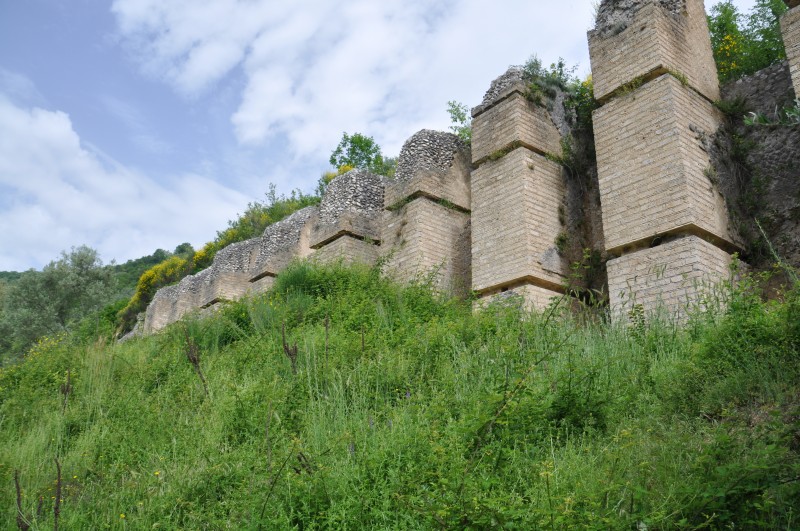 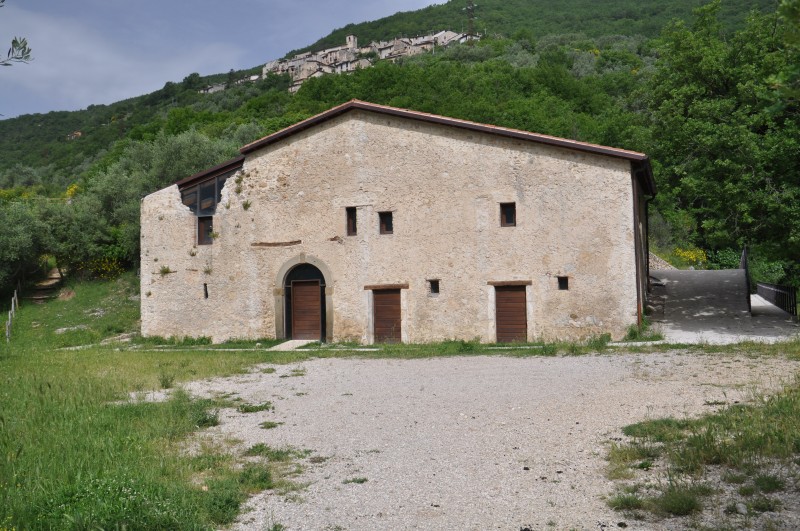 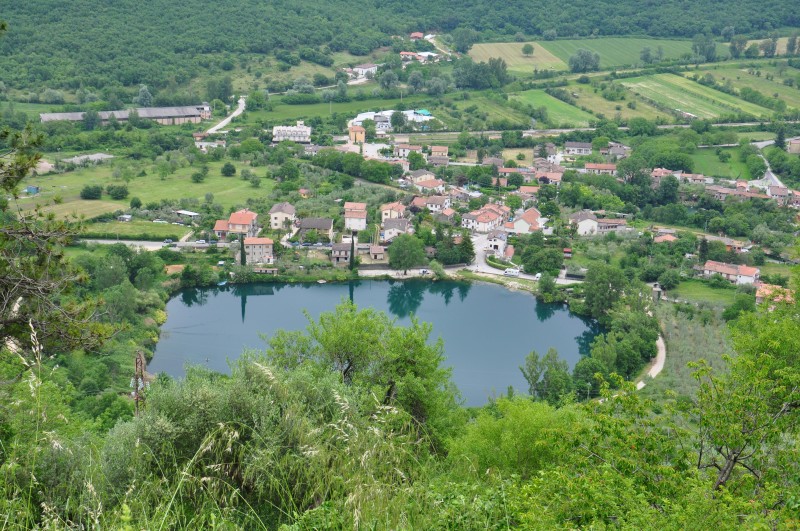 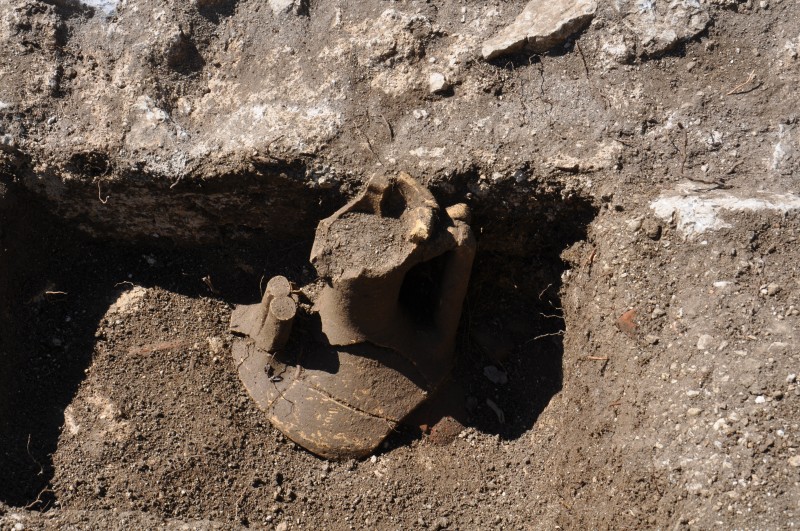 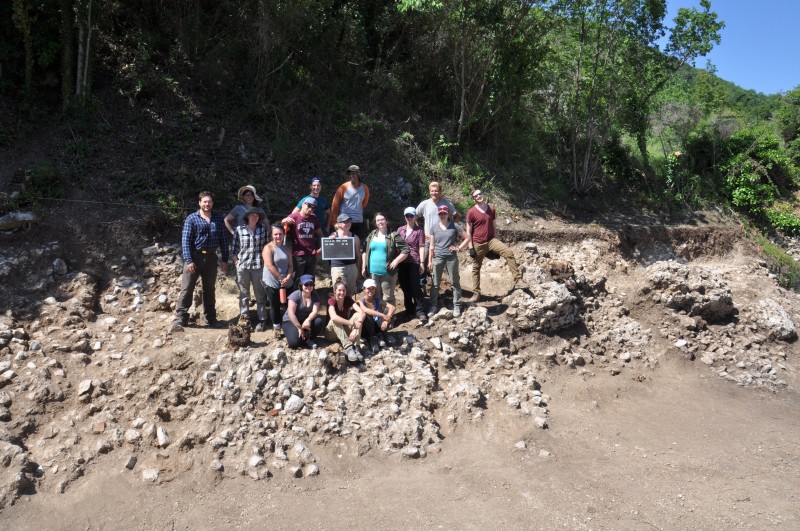 The Department of Modern Languages and Classics invites applications for its archaeological field school to be taught onsite at the Villa di Tito (Villa of Titus) in the town of Castel Sant’Angelo (province of Rieti), Italy.  Students will participate in an ongoing archaeological research project which involves the excavation of a very large Roman villa that was likely also an imperial estate.  The goal of our research is to identify and study the parts of the villa associated with the daily activities and lives of non-elites (farmers, laborers, slaves, etc). We are also interested in documenting environmental changes and the economic life of the community through the analysis the site’s assemblage of zooarchaeological and archaeobotanical remains.

Location of Field School
The town of Castel Sant’Angelo is roughly 90 km northeast of Rome. The site at Castel Sant’Angelo is called colloquially the ‘Villa di Tito’ (Villa of Titus) and the ‘Terme di Tito’ (Baths of Titus), based on the supposition that it was once the property of the emperor Titus (reigned 79 – 81 CE), where he may have died. The ruins of a concrete, terraced Roman period structure (roughly 60 x 20 metres) have been visible since antiquity, and recent excavations in 2011 have suggest that the structure was a villa. In antiquity, this part of Italy was known as the Sabina, the home of the Sabines, among Rome’s first Italian allies, and the site may also have origins sometime in the third century BCE. The entire area is rich in archaeological sites from the Italian Iron Age and Roman period, and was an important region during the Middle Ages as well, situated along the Via Salaria (Salt Road), which connected Rome to the Adriatic coast of Italy.

History of the Project
This is the first year of a new field project. During the first year, we aim to engage in both archaeological field survey, to identify the remains of other structures in close association with the terraced structure and possibly part of the same villa complex. We will also excavate the remains of the terraced structure, which we will document using digital photogrammetry and standard archaeological recording forms. Students will be trained in all basic operations associated with archaeological excavation, including digging, finds recovery, sieving, documentation, data entry, photography, drawing, and finds processing. There will also be an environmental archaeology component.

Notes:
In conjunction with the Soprintendenza Archeologica, Belle Arte e Paesaggio di Frosinone, Latine, e Rieti, Saint Mary's and McMaster Universities will engage in a second season of archaeological field work at the so-called Villa of Titus in the province of Rieti. The excavations will focus on a monumental concrete terrace structure, complete with standing architectural remains, crypotoporticus (basement), and decorative elements such as mosaics. The site itself sits on the lower slopes of Monte Terminillo, one of the higher peaks in the Apennines, and directly above Lake Paterno, probably ancient Lacus Cutiliae, what the ancient Italians believed to be the geographical center of Italy and a site sacred to one of their principal deities, Vacuna. The villa, situated near the ancient Via Salaria, is reputed to have been an imperial property first belonging to the Flavians, and possibly also the site where the Flavian emperor Titus passed away. Our excavations in 2018 showed that the villa, which was built in the late first century BCE or early first century CE, was in use for a very long time, and there is evidence for a substantial reworking of the site in the Late Antique period. Geophysical prospection (ground penetrating radar) suggests that there were other, very large buildings that were part of the villa complex, at the center of which may have been an artificial lake.

Room and Board Arrangements:
Students who are participating in the Villa of Titus field project are housed in a renovated 16th century farmhouse which recently has been converted into a guest house complete with bunks, wardrobes, bathrooms, and showers. At the moment, however, there are no washing machines, so students will have to hand-wash their clothing. Nearby towns and villages are home to shops, coffee bars, restaurants, and bank machines. Breakfast, lunch, and dinner are provided from Monday to Friday. We will typically eat our meals at the guest house, although we will occasionally go out for dinner to local restaurants and pizzerias. For snacks, there are a number of small, local grocery stores that sell all manner of snack items and food. Cost: Students are also required to pay a $2,000.00 Canadian participation fee to Saint Mary's University, which covers costs associated with the field school, including meals, accommodation, and transport to and from the site each day. This fee does NOT include airfare; students are required to arrange for their travel to and from the field school. In general, student airfare to and from Italy during the summer runs between 800 and 1100 dollars (depending on the point of departure, airline, and route). Students should also budget some amount of pocket money for the purchase of souvenirs and for entertainment.

Academic Credit:
6.0 credit hours credits offered by Saint Mary's University (Canada). Tuition is For Canadian students, the tuition and fees for these two courses are between $1,100 and $1,200 Canadian (total). Non-Canadian students pay double the tuition..