This listing expired on June 17, 2022. Please contact TrainingDig@yorkat.co.uk for any updated information. 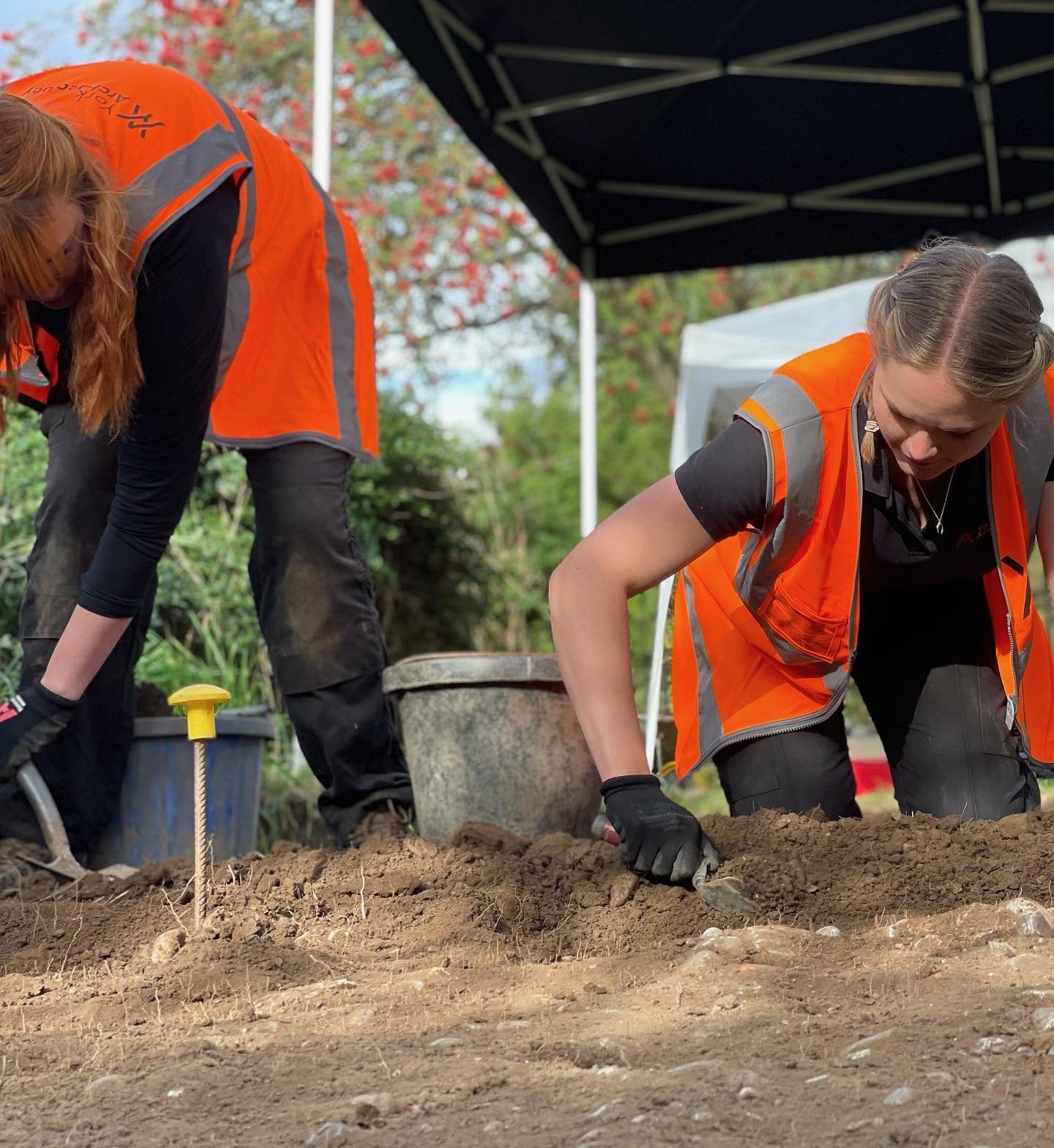 We Dig is York Archaeology’s training excavation. Formerly also known as Archaeology Live!, the project has run from 2001 offering members of the public a unique opportunity to gain hands-on experience of the internationally significant archaeology of York and Nottingham, investigating sites that feature deeply stratified, highly complex archaeological deposits.

In 2021, we made our first foray beyond the walls of York to uncover the remains of a lost range of mysterious post-medieval buildings in Fulford. This year, we are returning to the heart of the city, to investigate a fascinating site nestled in the shadow of York’s famous City Walls.

Located a stone’s throw from Walmgate Bar, the best-preserved of York’s medieval gateways, the site has the potential to illuminate a number of key periods in the history of the city.

Period(s) of Occupation: The Industrial Revolution - the arrival of new factories, foundries and cattle markets and the boom in population that followed in the 19th century led to an explosion of construction work. Open pasture and gardens were rapidly covered in densely occupied terraced houses with poor sanitation and few modern comforts. Exploring the lives of the people that called Walmgate home in this time of poverty and change will be a key aim of the excavation. The English Civil War - the Walmgate area was bombarded by cannon fire for almost four months during the siege of York in 1644. Will any evidence of this period of violence and bloodshed survive? A medieval mystery - built before 1279, the church of St. Peter-in-the-Willows occupied part of the site until its demolition in 1549. Little is known about the history and development of this church and other than brief glimpses of what may be wall footings, no conclusive evidence of its exact location has ever been found. Could our team finally put St. Peter’s back on the map? In addition, the full layout of the churchyard and the location of medieval buildings and yards around it are yet to be discovered. There’s a lot to learn! The Viking Age - many of the present-day plot boundaries along Walmgate were laid out in the 10th century and extensive evidence of Anglo-Scandinavian activity has been found in the area. We know that the area was a hotspot of trade and enterprise in the Viking Age, so we’re very excited to investigate these deposits. Early origins - we believe that Walmgate was first laid out by the Romans, however, there have also been a number of prehistoric find spots in the locality. The origins of the area are poorly understood, could we add a valuable piece to the puzzle in 2022?

Room and Board Arrangements:
The cost does not include accommodation. That is the responsibility of each trainee - but York has a wide variety of accommodations available, from family-run bed and breakfasts to 5-star hotels.