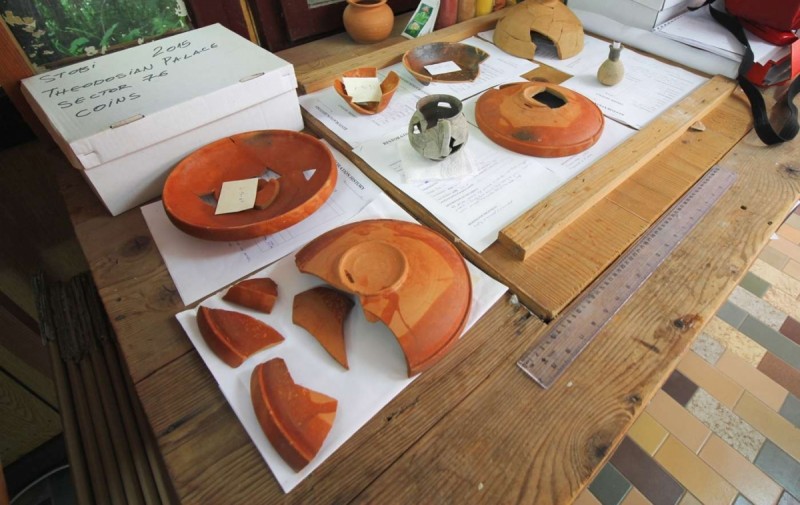 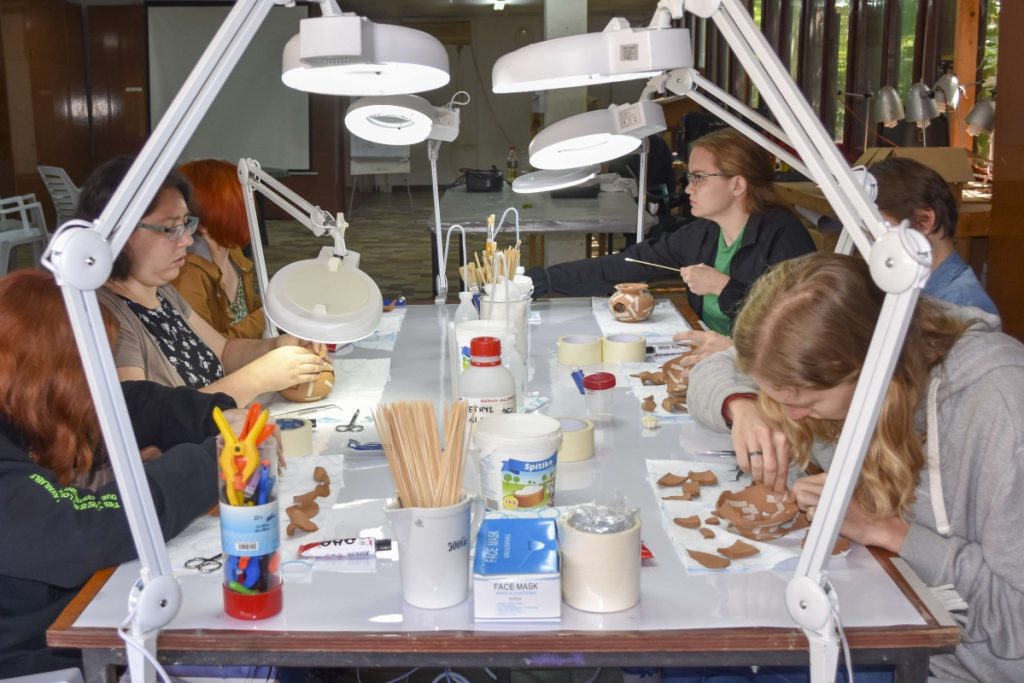 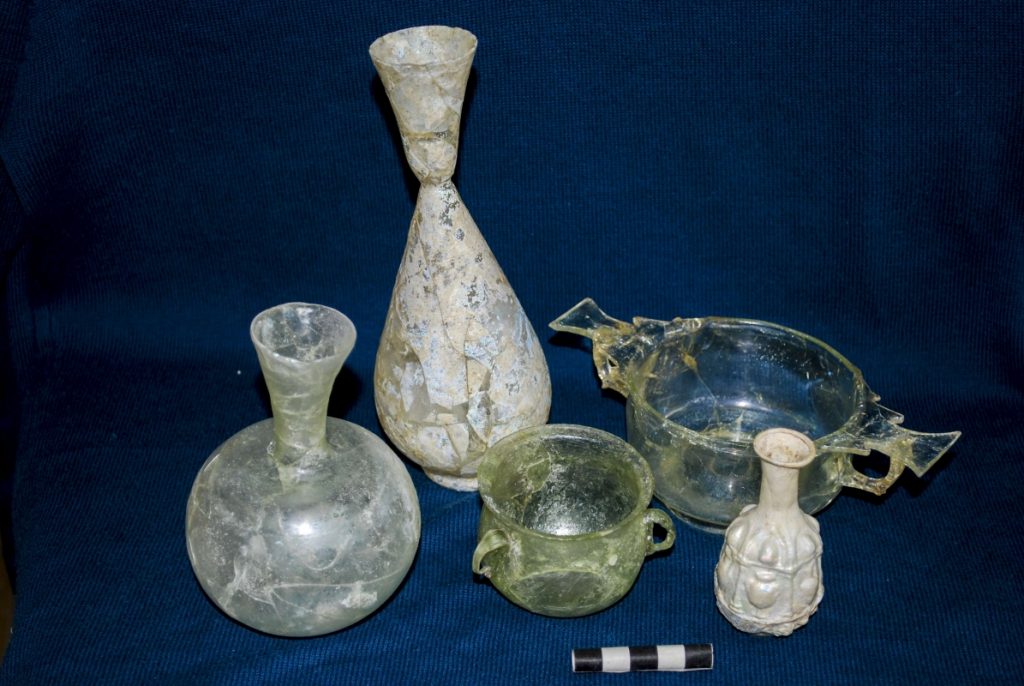 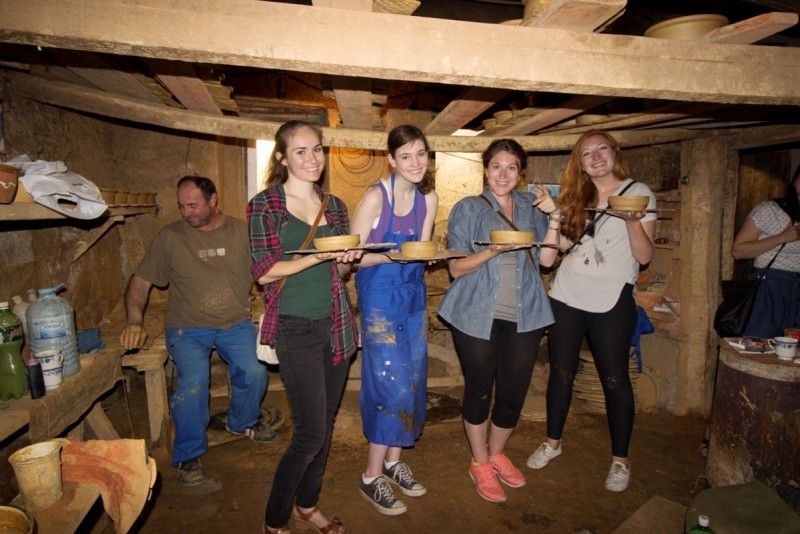 In 2022, the Workshop for Conservation and Documentation of Roman Pottery and Glass will be hosted for a 10th year by the National Institution Stobi, R. of North Macedonia at the Roman city of Stobi (today an archaeological park). It provides a unique opportunity for students and volunteers to gain comprehensive knowledge and hands-on experience in Roman and Late Roman pottery and glass conservation. At the same time, the participants are guided through the history and technology of Roman and Late Roman pottery and glass and consequent stages of their study, conservation, restoration and documentation. Both the theoretical and practical parts of the course will be based on ceramic and glass vessels found in the ancient city of Stobi.

During the first two project weeks, students begin their training with replicas of ancient vessels. Once they reach an acceptable level of skill, accuracy and precision and then progress to originals. Most students will be able to master conservation and restoration efforts within the course of this field school and expect to complete work on 3-5 artifacts by the end of the program, depending on the initial state of objects’ conservation, the necessity of conservation treatment and the individual performance of the student.

The activities in the third project week will be focused on basic principles in the conservation of ancient glass. The participants will practice on originals and replicas of Roman glass vessels.

The project includes three modules: practical work in documentation and conservation of Roman and Late Roman pottery and glass: lectures, training and behind-the-scenes study visits and excursions to the town of Bitola, the archaeological site of Heraclea Lyncestis, Ohrid and Ohrid Lake (UNESCO World Heritage Site), ancient Macedonian capitals in Pella and Vergina (UNESCO World Heritage Site), Greece as well as to a traditional pottery workshop. Refer to the Course description and Workshop agenda below.

Why Stobi? The first historic records to mention Stobi were written by the Roman historian Titus Livy (ca. 197 BCE). According to Livy, Stobi became an important center for salt trading after the Roman conquest of Macedonia and the establishment of Pax Romana. In 69 CE, Emperor Vespasian granted Stobi the rank of municipium and the right to mint its own coins. Stobi was not only an important salt trading center but also strategically located at the crossroads of the ancient roads that ran along the two rivers Axios and Erigon. The first road connected the North and South of the Balkans as it does today, while the second to the southwest connected Stobi with the Via Egnatia near Heraclea Lyncestis and to the northeast continued to Serdica.

This commercial and strategic position brought Stobi long-term prosperity, especially in the period between the 1st and 3rd centuries CE. Several monumental buildings in the city are dated to this period: the Theatre, the first City Wall, Porta Heraclea, the Public Building with Arches (most probably the Stobi library), the Casa Romana, the Synagogue, as well as the water supply system. In 267 CE the city suffered from raids conducted by the Goths and Heruli. At the end of the 3rd century, Stobi was devastated by an earthquake; it was later rebuilt but following a different urban plan. Most of the ruins visible today belong to buildings dating to this period.

In the 4th century CE, Stobi became an important Christian center and the seat of powerful bishops. Late, in the 5th– 6th centuries, Stobi was the capital city of the Roman province Macedonia Secunda but suffered from the raids of Huns, Ostrogoths, Avars and Slavs. The constant threat of barbarian raids as well as certain climatic changes led to the gradual abandonment of the city in the second half of the 6th century CE. Some records mention a small Slav community that settled and lived there in later centuries. The last historical reference regarding Stobi describes the victory of the Byzantine troops over Stobi’s local militia during the 11th century CE.

Experience Required: None. The workshop is suitable for beginners (either volunteers or students in Historical & Art conservation). A valid COVID-19 certificate is required.