AIA Fellowship for Study in the U.S.

The Archaeological Institute of America is pleased to announce a Fellowship for archaeologists employed by the Deutsches Archäologisches Institut (DAI), or project collaborators who have temporary contracts with the DAI. The purpose of the Fellowship is to encourage and support scholarship of the highest quality on various aspects of archaeology, and to promote contact between North American archaeologists and DAI scholars.

The AIA offers post-doctoral research fellowships for use during the academic year (fall 2021 or spring 2022) at either The Cotsen Institute of Archaeology at the University of California at Los Angeles (UCLA), the Joukowsky Institute at Brown University, or the University of Cincinnati, Ohio.

The Fellowship includes travel expenses for the Fellow, residence at university housing (at Brown University and the University of Cincinnati) or funds towards rental housing (at UCLA), library privileges, and an additional stipend towards living expenses. Residency will be for a maximum of three months, and no less than two months. While in residence, the Fellow will be expected to give at least one lecture for the host institution.

Applicants who are archaeologists must have a Ph.D. degree; architects must have their diploma. Both must demonstrate professional competence in archaeology in their applications. Project collaborators must show proof of a long-time participation with a current DAI project by providing a letter of recommendation from a DAI project supervisor.

Fellows will be selected on the basis of scholarly promise as indicated by the applicant’s academic record, prior publications, and the merits of the proposed research project. Preference will be given to applicants who are at an early stage of their professional careers. Candidates may indicate a preference for either UCLA, Brown University, or Cincinnati, but the final decision will be made by the selection committee.

An application consists of the following materials:

a) completed online application form
b) a curriculum vitae, including a list of publications
c) two references (please note that these are due by the November 1st application deadline)

If applicant is a project collaborator, then they must also include:

d) a brief description of DAI project they are involved in, and the nature of their participation
e) a letter of recommendation from a DAI project supervisor (also due by November 1st)

The AIA supports affirmative action and equal opportunity in the selection of Fellows. Please direct any questions about the Fellowship or the application process to Laurel Nilsen Sparks, Fellowship Coordinator, at lsparks@archaeological.org.

Alexander Ahrens, Senior Researcher with the Damascus Branch, Orient Department of the German Archaeological Institute, will be holding the Study in the U.S. Fellowship at the Joukowsky Institute at Brown University in the spring of 2019. His project, entitled “Connecting Lowlands and Highlands: The Trajectories and Dynamics of an ‘Archaeological Transit Zone'”, will use the Wadi Shu’aib in west central Jordan as a case study in modes of communication and interaction between the Jordan Valley and the Transjordanian Plateau during the Iron Age. The focus of his research while at the Joukowsky Institute will especially be directed towards possible socio-political dynamics lying behind highland-lowland interactions. 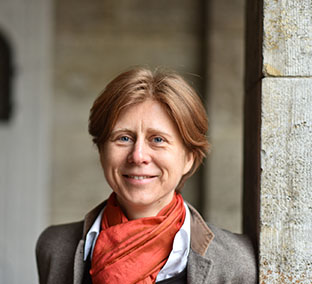 Dr. Katja Piesker, Senior Researcher in the Department of Architecture at the DAI, will be holding the Study in the U.S. Fellowship at the University of Cincinnati in the winter of 2018. Her project, entitled “Walls within the city? A secondary set of walls in Side, Pamphylia, as a key to urban development of cities in Asia Minor,” will examine the recent documentation of a set of walls at the ancient city, which is set on the Mediterranean coast of Turkey. Dr. Piesker will put the results of her study into a wider context, to provide a better understanding of the transformation of cities in southern Asia Minor in the Roman and Byzantine periods. 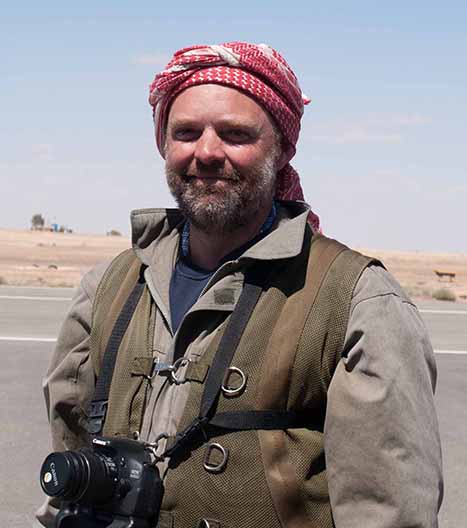 Dr. Bernd Müller-Neuhof, a researcher in the Oriental Department of the DAI, will be holding the Study in the U.S. Fellowship during the spring of 2017 at the Cotsen Institute, UCLA. His project, “Irrigation agriculture and the emergence of complex prehistoric societies in arid regions”, will compare the colonization processes of north-eastern Jordan and pre-Columbian civilizations in the south-west United States. Dr. Müller-Neuhof will especially emphasize the socio-political workings of these civilizations and examine how a cross-cultural analysis can inform understandings of both areas. 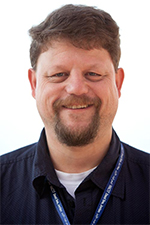 Dr. Axel Posluschny of the Roman-Germanic Commission of the DAI (and currently with Bamberg University) will be holding the Study in the U.S. Fellowship at the Joukowsky Institute, Brown University in the spring of 2017. His project “A View from Above – Investigating a Celtic ‘Princely Site’ and its Environs with Airborne Data” will be analyzing existing LiDAR data as well as archival aerial images from the US NARA archives to gain a better understanding of the landscape around the early Celtic Glauberg hillfort in southern Germany and its associate burial sites.

Dr. Elise Luneau, a Project Collaborator with the DAI’s Eurasian Department in Berlin, will be holding the Study in the U.S. Fellowship during the spring of 2016 at the Cotsen Institute, UCLA. Her project on “Pottery of the Oxus Civilization: comparative synthesis, relative chronology and geographical connections” aims to examine cultural exchanges of ceramic material and the development of the Bronze Age Oxus civilization in southern Central Asia, as well as tracking possible migrations. 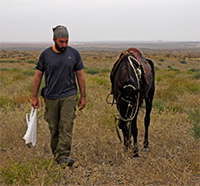 Dr. Andrea Ricci of the Eurasia Department of the German Archaeological Institute, held the Study in the U.S. Fellowship during the spring of 2015. His project on “Late Neolithic settlement dynamics in Southern Caucasus and Northern Mesopotamia: a comparative approach” examined new data from sites in Azerbaijan and Georgia, comparing these sites with ones along the Syro-Turkish Euphrates and the Balikh Valley in Syria. During Dr. Ricci’s fellowship tenure at the Cotsen Institute, UCLA, he used a GIS platform to reconstruct late Neolithic landscapes and patterns of human mobility, to shed light on the level of social complexity of groups during the 6th millenium B.C.E. 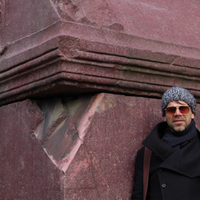 Dr. Ralf Bockmann is a post-doctoral research fellow at the German Archaeological Institute’s Rome Department. His fellowship tenure was at the Joukowsky Institute, Brown University, during the fall of 2013. His project, “Impacts—Eastern saints in North Africa, and North African saints beyond North Africa,” dealt with the staging and instrumentalisation of martyrs and saints in the churches of Early Christian North Africa. Dr. Bockmann examined eastern architectural styles and constructional elements which become prominent in North Africa, and the spread of architectural features developed in North African (such as the counter apse and full crypt under the main apse) to other parts of the Mediterranean. He also planned to take a close look at the traditions of veneration of holy persons and places in Early Islamic North Africa. These lines of research will be used in two chapters of a monograph that will be ready for publication after his fellowship tenure. 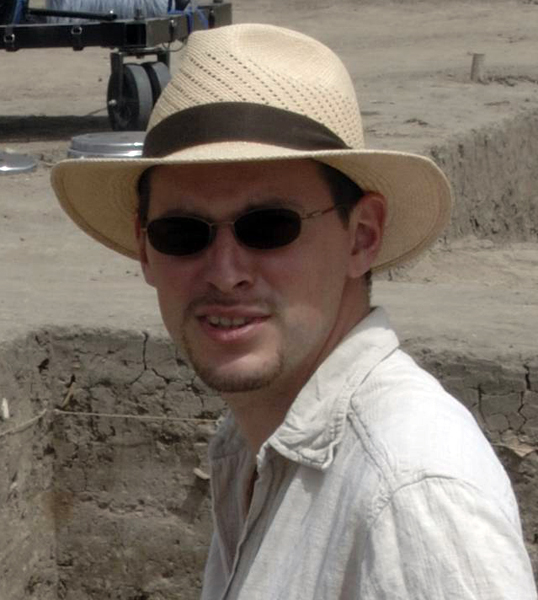 Dr. Felix Höflmayer, of the Oriental Department of the German Archaeological Institute, is a 2012 recipient of the AIA Study in the U.S. Fellowship. Dr. Höflmayer worked at the Cotsen Institute of Archaeology at UCLA during the fall of 2012 on “Radiocarbon Dating the Bronze Age of the Southern Levant”. Absolute dates for the Bronze Age of the Southern Levant are still under discussion, especially for the later Early Bronze Age (EB III/IV) and the transition from the MBA to the LBA. Absolute dates currently in use are mainly dependent on the Egyptian historical chronology and archaeological synchronisms with the Levant. Radiocarbon dating, on the other hand, provides an independent yardstick for measuring time and synchronizing chronologies and offers reasonably higher dates for the end of the Early Bronze Age and the transition from the Middle to the Late Bronze Age, affecting also our understanding of relations between the main powers of the Eastern Mediterranean. The present project aim was to collect all available scientific dating evidence for the southern Levant from the EBA down to the transition to the Iron Age, to establish a chronology for the region on scientific dates alone and to synchronize it with radiocarbon dates for Dynastic Egypt in order to provide a scientific basis for Eastern Mediterranean chronology. 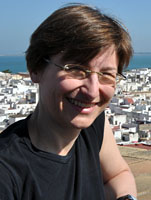 Dr. Ute Kelp, of the scientific staff of the Berlin Head office of the German Archaeological Institute, and research assistant at the University of Cologne, was a 2012 recipient of the AIA Study in the U.S. Fellowship. Dr. Kelp worked at the University of Cincinnati on her project, “The Necropoleis of Pergamon” during the fall of 2012. The Attalid stronghold and metropolis of Pergamon on the western coast of Asia Minor (modern Turkey), has been the subject of research for over 130 years. However, a systematic study of the material from the necropolis has never been undertaken, and Dr. Kelp’s project seeks to fill this void. After spending the summer compiling a catalogue of the known material (tumuli, rock tombs and grave buildings, grave reliefs, altars, and inscriptions from the 4th century B.C. to Imperial Roman times) within its typological and chronological framework, the Fellowship spent in Cincinnati allowed her to finish a synthetical interpretation of the burial customs in Pergamon according to the current state of knowledge. The aim was to place the grave types of Pergamon in their regional and supra-regional context getting thereby a clearer picture of the local characteristics of the burial culture in Pergamon. 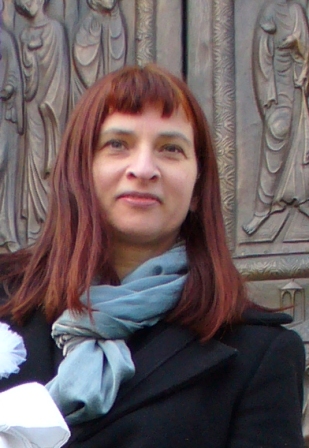 Dr. Susanne Moraw held the Study in the U.S. Fellowship in the fall of 2010, at Brown University’s Joukowsky Institute, working on her project, Homer’s Odyssey in Late Antiquity: Pictorial and Textural Reception. She studied how the society of the late Roman Empire (c. 200 to 600 AD) viewed, used, and reworked themes and imagery from the Odyssey. In particular, she examined late antique depictions of Odysseus and the Cyclops, Circe, the Sirens, and Scylla, as well as images from the homecoming to Ithaca, comparing these with Homer’s portrayals. Besides analyzing changes in depiction over time, she also examined differences in interpretation between the Western and Eastern parts of the Roman Empire, and between the various genres of the visual arts. The Fellowship allowed her to complete work on this project, which she expects to publish.

The first recipient of the AIA Study in the U.S. Fellowship was Claudia Winterstein, a graduate engineer in architecture with main focus on building archaeology (Bauforschung). She was in residence at the Cotsen Institute of Archaeology at UCLA, from mid-January to mid-April 2009. Ms. Winterstein was a graduate assistant in the Division of Building Archaeology at the German Archaeological Institute’s head office in Berlin. Her doctoral dissertation project was “Şekerhane Köşkü in Selinus. Architectural Research on the Assumed Cenotaph for Emperor Trajan”, in which she researched this building’s original use and appearance on the basis of elaborate documentation of its current state and disentanglement of its different construction phases. Field work in Turkey had been accomplished recently, and interpretation of the documentation and collected data were carried out. Within the scope of the DAI/AIA Fellowship at the Cotsen Institute, Ms. Winterstein conducted intensive library study to arrange the data collected during field work into a wider context. The documented architectural decoration and the figurative reliefs of Şekerhane Köşkü were compared to published material, to make the building’s graphical reconstruction and its classification possible. Of particular interest was the historical and social background for the formation of an imperial monument in Selinus, and its legacy in that remote provincial area of the Roman Empire.