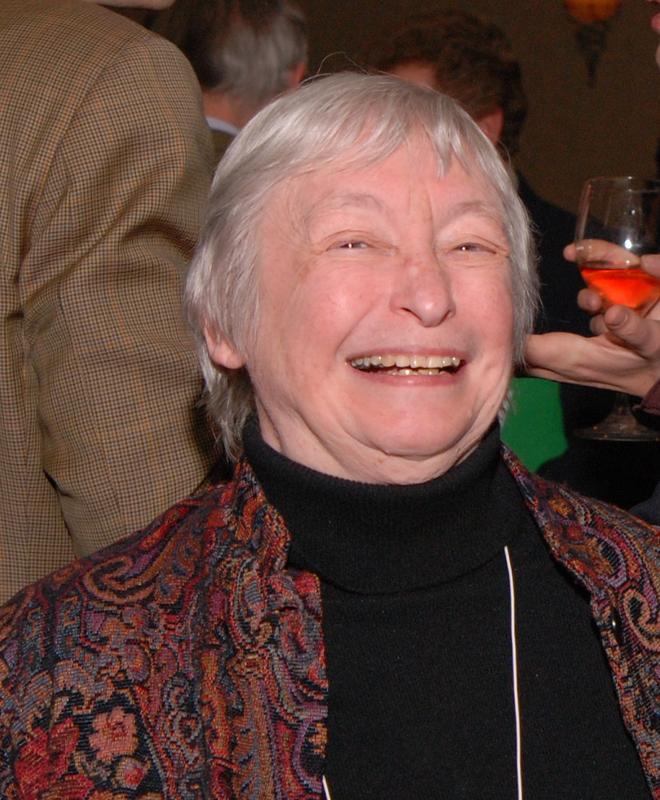 The AIA is saddened to announce the death of former AIA Trustee and dedicated lifetime member Eleanor Guralnick, who passed away at age 82 in Chicago on July 28, surrounded by her family.

Eleanor performed exceptional volunteer service for the AlA at both the national and local society levels for many years. The Archaeological Institute of America presented its prestigious Martha and Artemis Joukowsky Distinguished Service Award to Eleanor in 2004. Through her years of outstanding and varied service to the AIA, Dr. Guralnick exemplified the spirit of selfless commitment to the work of the Institute that the Joukowsky Distinguished Service Award was designed to honor.

A long-time member of the Chicago Society, she held every office there, including President, Vice President, Secretary, Treasurer, Executive Committee Member, and representative to Council. Through her efforts she made the Chicago Society a model for outreach to adults and children alike. For scholars and members of the public, she organized and presided at three Chicago Society regional symposia (1982, 1987, and 1990), editing and publishing papers at each including Vikings in the West, Sardis: Twenty-seven Years of Discovery, and The Ancient Eastern Mediterranean. For children, she developed and administered an Archaeology Day program for sixth graders in the Chicago public schools. The program received recognition by the Chicago School Board and the Chicago Tribune Company as the best “Adopt-a- School” Program in 1991-92.

In addition to her work for the Chicago Society, Eleanor Guralnick was extremely active on the national scene. Among her many roles, she served for six years (1995-2002) as AIA General Trustee, chaired the Regional Symposia committee (1990-2000), and was very much engaged in several more committees, including: the Development Committee, the Finance Committee, the Investment sub-committee, the Education Committee, and the Societies and Membership Committee. She was actively involved in the Near Eastern Archaeology Interest Group as well.

Throughout her years of devoted service to the Institute, Eleanor Guralnick also found time to shine as a productive scholar, publishing important research in the AJA, JNES, Iraq, Gnomon, as well as many other prestigious journals. She presented many important papers at AIA Annual Meetings and at numerous national and international conferences, symposia and colloquia.

There are few parts of the Institute – and few of us – who have not been touched in some way by the energy, creativity, and just plain hard work that Dr. Eleanor Guralnick contributed to further the functions of the AlA and increase public awareness of its mission. If you would like to express your condolences, you may contact Eleanor’s daughter, Sara (Dubin) Guralnick, at sarasjewel@aol.com.