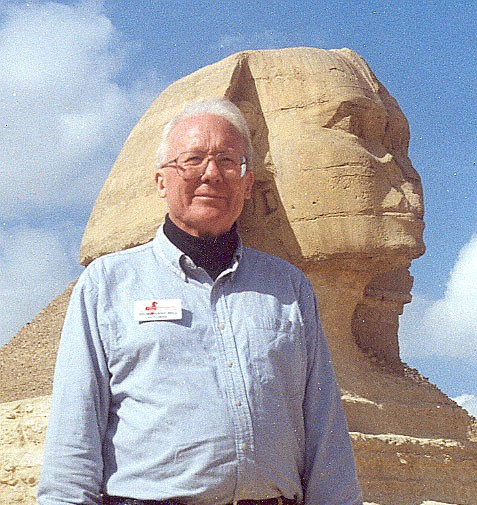 It is with deep sadness the AIA shares news of the passing of Dr. Lanny Bell. We offer our sincere condolences to his family, colleagues, former students, and friends in the world of Egyptology.

Lanny Bell, one of the greats of Egyptology over the last 50 years passed away August 26th in Old Saybrook, Connecticut at the age of 78.  He was a lifelong member of the AIA, and one of our most popular lecturers.  He brought exciting talks to Societies throughout the country from Boston to Honolulu for almost 50 years.  He held our most prestigious lectureships, the Norton, Joukowsky,  Kershaw Lecture, and the Helene J. Kantor Memorial Lecture. When I organized the Honolulu Chapter of AIA in 1996, the first person I called upon to lecture was Lanny, since I knew he would bring excitement and the best of AIA.  Lanny was the president of the Chicago Society of the Archaeological Institute of America from 1992 to 1996.

Besides his outstanding publications, such as “Aspects of the Cult of the Deified Tutankhamun,” Lanny was sought out by the press and media for insights on Egypt.  He even briefed former President Jimmy Carter on Egyptian culture and history.  He continued his productive career in retirement with “(Late Middle Kingdom) Clay Sealings from the Moat Deposit (at the MBIIA Gate of Ashkelon)” — co-author with Daphna Ben-Tor (2016).

In 1968 Lanny married fellow graduate student Martha Rhoads Bell, who became a distinguished Egyptologist in her own rights.  She and Lanny spent many productive and happy years together in Luxor where they made Chicago House a warm and inviting home where scholars and visitors were welcomed.  Sadly, Martha was killed in an automobile accident in 1991.  He married Jill Baker in 1994 (div. 2006).

Sadly, during his final years he battled Alzheimer’s Disease to which he finally succumbed. He will be remembered for his wit, passion for Egypt, humor and friendship.