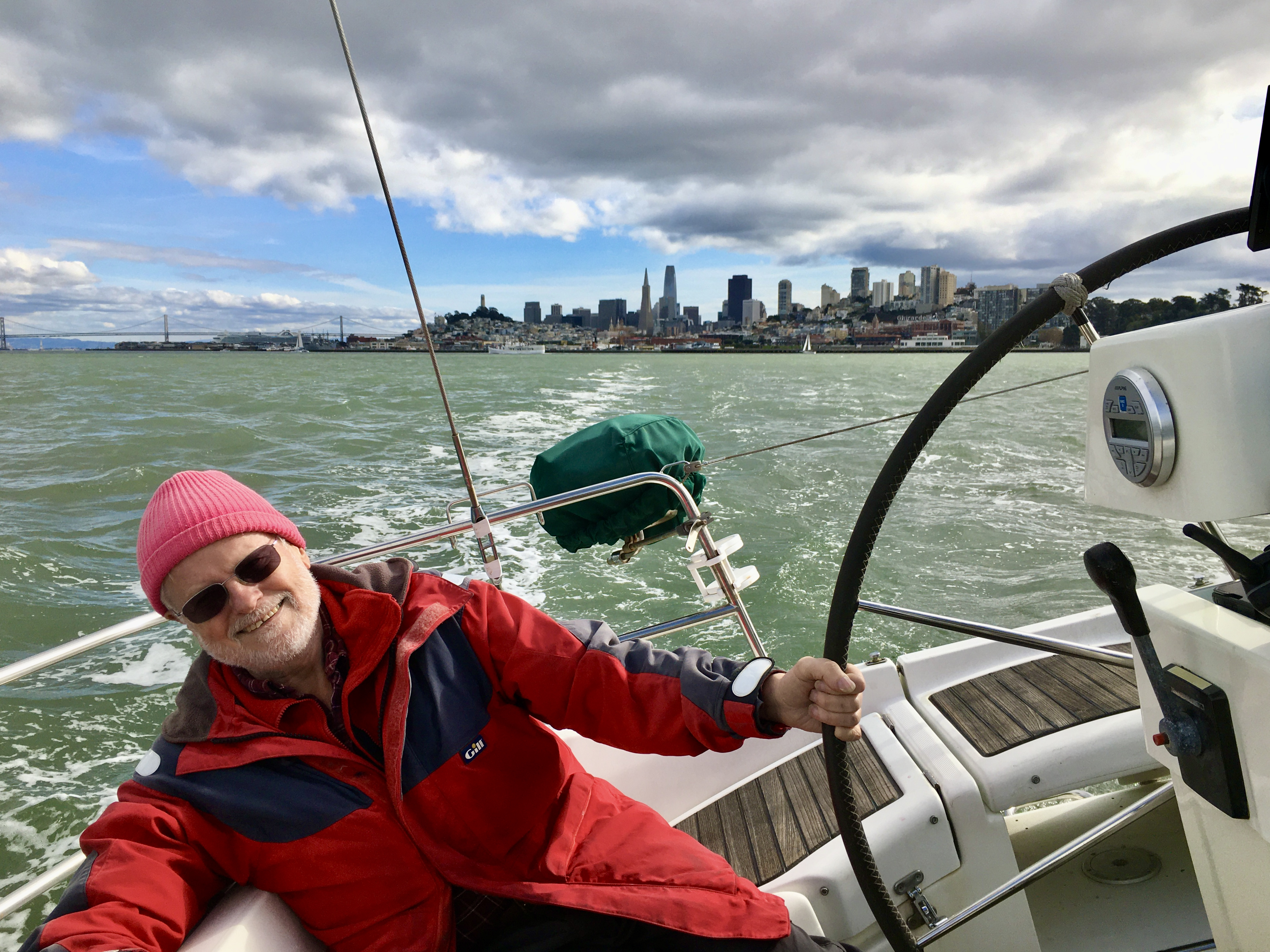 This month, we’re excited to spotlight Prof. Andrew F. Stewart. Prof. Stewart is the 2023 recipient of the AIA’s highest honor–the Gold Medal Award for Distinguished Archaeological Achievement. He’s also the Chancellor’s Research Professor, Professor of the Graduate School, and Nicholas C. Petris Professor of Greek Studies Emeritus in the Departments of Art History and Classics at the University of California at Berkeley in addition to Curator Emeritus of Greek and Roman Archaeology at the Phoebe A. Hearst Museum of Anthropology on Berkeley’s campus. For twenty years from 1986 to 2006, Prof. Stewart directed Berkeley’s excavations at Tel Dor in Israel. We asked Prof. Stewart some questions about his interest in archaeology and we’re excited for you to read his words!

What interests you about archaeology?
Everything. Although my family is Scottish, I grew up in England surrounded by history and archaeology, with medieval and Roman ruins within easy reach (between 200 yards by bike and 7 miles by car). I “discovered” and “planned” my first site when I was about ten, when my father was driving us down to Cornwall on vacation and we stopped off in the middle of Dartmoor for a picnic lunch. Although my summers were largely spent on the water (as my photo shows), when I was about 12, one summer I volunteered for a month’s work at the palace of Cogidubnus at Fishbourne, under Barry Cunliffe, and though I didn’t do any actual digging, I could at least stack the buckets, make the tea, and watch! By then I was already taking Classics at school, having been introduced to Latin when I was seven–I had no idea that it was a language, just something that had to be learned by rote (amo, amas, amat…) on penalty of execution! By eleven, I’d become sufficiently good at it to be “asked” to join the school’s tiny (and elite) Classics “stream,” and so–being British: we always do what we’re told! – I began Greek. Fortunately, one of our teachers had a BA in Classical Archaeology from Cambridge, so Greek and Roman history and archaeology began at once. My family was financially challenged (let’s say), but by my third year in the program, we had managed to scrape together enough money to sign me up for a kids’ bargain-basement 3-week package tour of Greece: three days there and three days back by train (total cost about 50 GBP, I seem to remember). When I got into Cambridge, I selected Option E: Classical Archaeology; spent my first summer camping and hitch-hiking in Greece with five of my classmates (we got there only a few weeks after the 1967 Colonels’ coup, which was interesting, to say the least); and that was it.

How did you find out about the AIA?
Easy. I’d known about it in school and at Cambridge (either the school library or the teacher I mentioned got the AJA: those were the days!), so when I was invited to teach at U.C. Berkeley from New Zealand (my first job) I simply went to a lecture and joined up.

What made you decide to get involved with the San Francisco Society?
After a few years, they asked me to be president; yet another offer that I couldn’t refuse, since their benign Godfather (“Greenie”: the late, great Crawford Greenewalt, excavator of Sardis) made it.