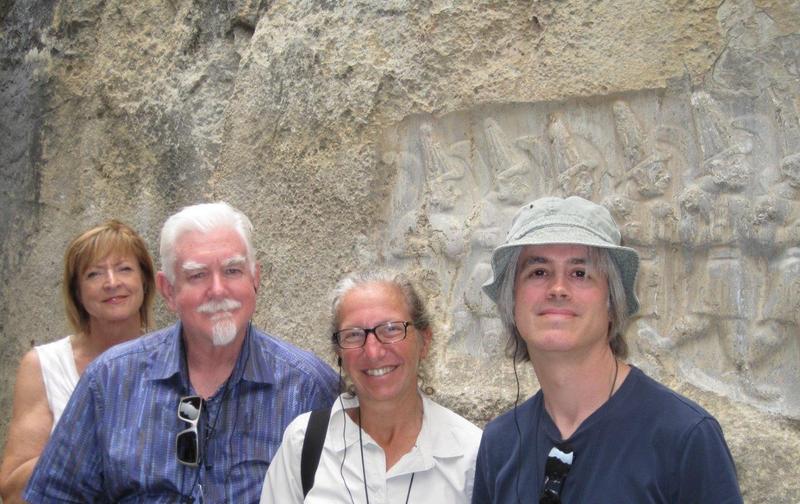 Along with our professional members, we are proud to recognize those who might be considered “armchair archaeologists”—people who pursue careers far from the field but maintain an interest in archaeological discovery.  One such friend is Louis “Joe” Lamm, Jr.  An enthusiastic member since 2008, Joe is treasurer of the Southwest Texas Society, a keen supporter of AIA programs, and a frequent traveler with AIA Tours. From his home in San Antonio, Joe shares his thoughts on his lifelong fascination with ancient cultures.

I was born into a world in which the oldest things around me were World War II surplus.  On stateside military bases in the early 1950s, nothing was older than the war—housing, schools, churches, roads, and stores were all from the Post War Era.  As a teenager I lived in Europe for three years.  I was drawn to the half-timbered buildings, city walls, and ruins of castles and monasteries.  Aware that I stood where people had lived for thousands of years, I wondered about their lives, values, and what they did to survive.  On family trips my poor parents often heard me holler “Stop! Pull over!” every time we passed an aqueduct.  Eventually, they became deaf to my pleas.  On museums trips I found myself lost in thought while gazing at various artifacts, wondering what life had been like when they were in use.  My father would come up to me and say, “Hurry up. We don’t want to spend all day here.”  The base libraries held few books on history and archaeology. I read what they had, but wanted a greater understanding.  During college I took a few elective courses and gained some insight.  Now I could frame my questions better.

Have you recently visited an archaeological site? What impressed you?

In June I was able to visit Gobekli Tepe near Sanliurfa, Turkey with some friends who are also professional archaeologists. We saw structures and carvings dating to 10,000 B.C.E.  They had survived only because the people who built them buried the structures after 800 years and moved away.  At the time those structures were built, during an interglacial period, the habitat at Gobekli Tepe was temperate, wet, and fertile.  Hunting and gathering groups were slowly eclipsed by a sedentary society that relied on agriculture and domestication of plants and animals, including wheat, barley, pigs, cattle, and goats.  Over time, the glaciers receded north and the land became dryer and less fertile. These agricultural societies pulled up stakes and moved where opportunities were better.  In visiting the site I was strongly reminded of all the deserted communities in the American West.  Though no human remains were found at Gobekli Tepe, contemporary sites nearby have yielded usable genetic material.  There are genetic markers common to more than half of Ireland’s male population and about a quarter of the United Kingdom’s male population.  Perhaps the descendants of the builders of Gobekli Tepe followed the retreating glaciers all the way across Europe.

Why do you think archaeology matters in the 21st century?

Archaeology matters because it shines a light how our forebears lived and how they adapted to changing environments and technologies, the same way we must today.  12,000 years ago hunter-gatherers found their way of life changing, shifting toward a sedentary lifestyle.  Once society had come to rely on agriculture and domestication, they were forced to move when environmental conditions were no longer favorable.  They had to recreate the processes and technologies from 800 years prior.  There was no writing.  How did they know or learn what to do?  Excavations at sites like Gobekli Tepe could provide answers to these questions, and perhaps we can learn from their example.

Join thousands of members like Joe and learn more about the impact of archaeological research during the AIA Annual Meeting in Chicago from January 2-5.  Visit the Annual Meeting website  for details.