Overcoming the Crisis in Mosaic Conservation 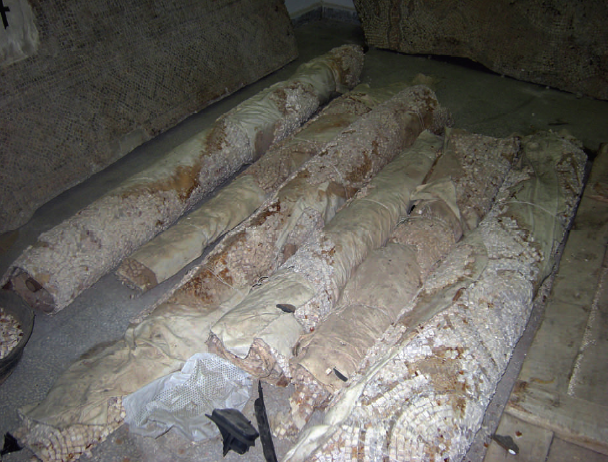 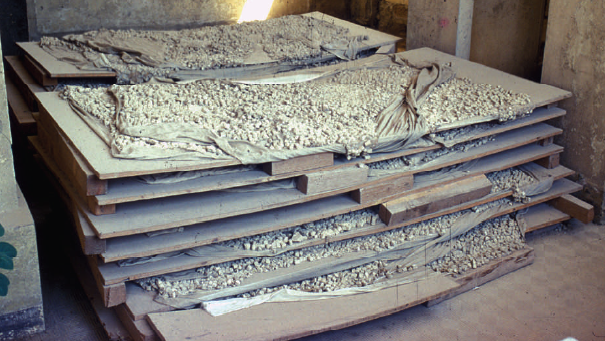 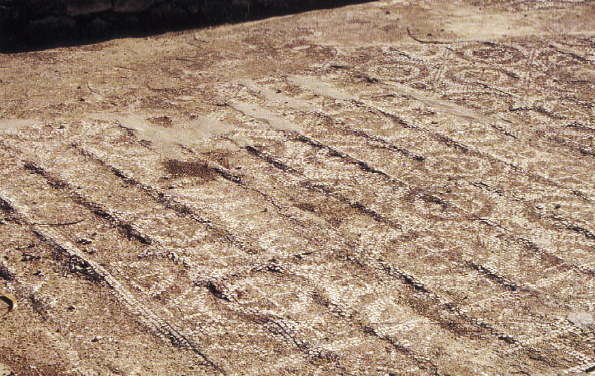 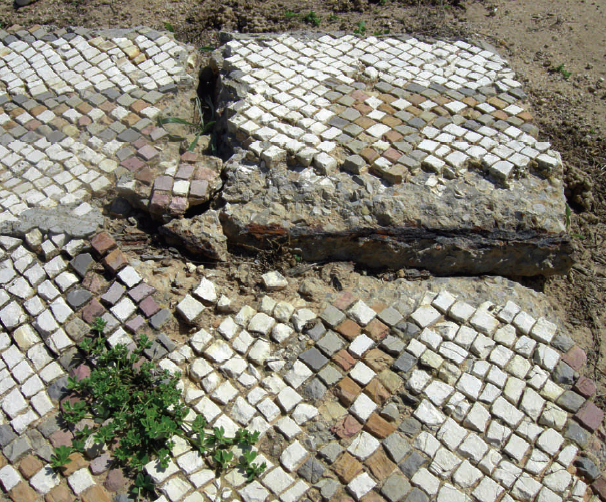 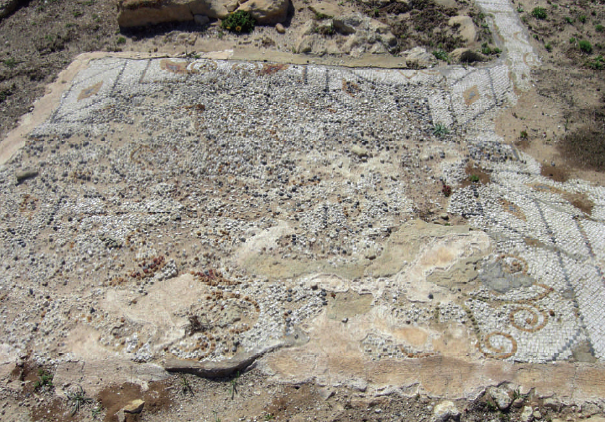 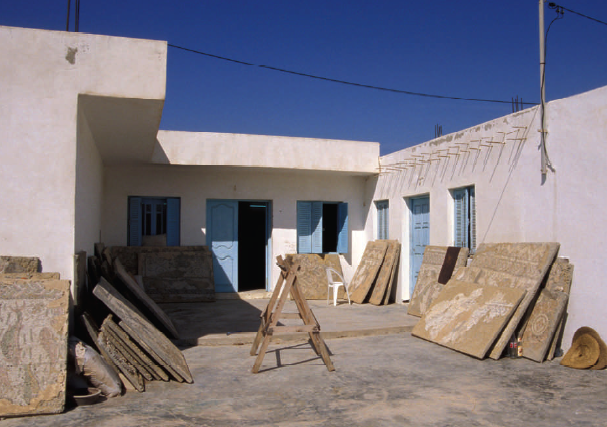 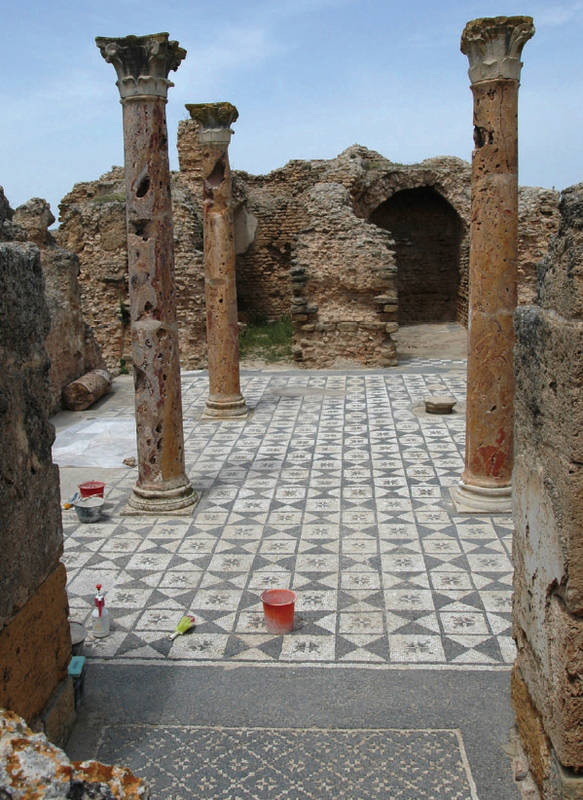 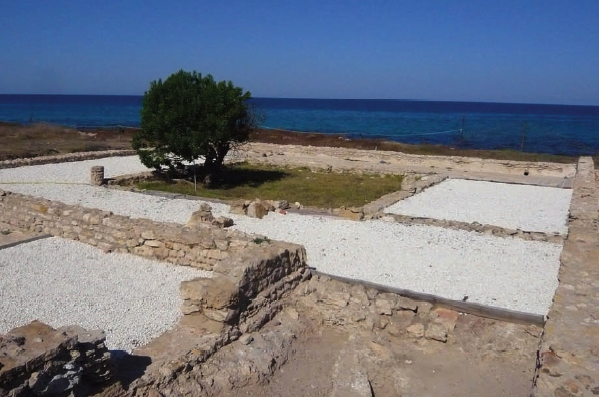 Spectacular new discoveries of mosaics from the Roman and Byzantine periods continue to be made throughout the Mediterranean region, and a recent example from Turkey can be found in the January/ February 2010 issue of AIA’s Archaeology magazine (see “Turkish Delights” by Marco Merola). Increasingly such discoveries are made accidentally during construction projects, rather than as a result of planned archaeological research activities. In the case of the Turkish site it appears that local authorities have the resources to stop the planned construction project, and to protect and present the mosaics in situ within a  future archaeological park. If this project is indeed carried out, it would provide a rare example of successful in situ mosaic conservation from the start. Normally, unless the discovered mosaics are figurative and of the highest quality or rarity, modern development pressures and lack of antiquities authority resources dictate that a site will be destroyed after salvage excavations, and the mosaics “saved” by detaching them. This is the reality in many Mediterranean countries despite the existence of national laws and international guidelines to protect archaeological sites, and of current conservation theory and practice which emphasizes in situ conservation as the best way of preserving the cultural values of our archaeological heritage.

As a result, there is a crisis situation in mosaic conservation in some countries including a substantial back log of detached mosaics in stock piles waiting to be backed so that the facing and adhesive can be removed before they deteriorate and the mosaic is lost tessera by tessera  (Figure 1 & Figure 2). There is also a crisis concerning mosaics that have been detached and re-laid on reinforced concrete panels and either replaced in situ, put in storage, or displayed on museum walls. Reinforced concrete was commonly used for backing of mosaics throughout the 1960s and 1970s in many Mediterranean countries, and after forty years or less, this type of backing, particularly if left exposed on sites, begins to break apart due to the corroding and expanding rebar (Figure 3 & Figure 4). National authorities now face very difficult decisions concerning the hundreds of mosaics in this condition. A short-term solu tion can be to remove and replace the corroding rebar that is causing the loss of tesserae; but the long-term solution is protection by a shelter to prevent exposure to rainwater, or the removal of the entire backing and replacing it with another more compatible, reversible and stable backing system. For those mosaics relaid in situ this could be a lime mortar bedding and foundations similar to the original mosaic foundations. For those mosaics backed with reinforced cement and either left in storage or on display in a museum, lightweight, stable materials would be more appropriate. However, there is already a large backlog of mosaics with reinforced cement backings which require their backing being replaced. Because of a lack of resources and trained personnel, the national authorities by themselves are not able to address this crisis situation either.

Protection of threatened in situ mosaics

Those mosaics on sites that escaped being detached

and relaid in past decades have also reached a crisis situation in many countries, if there is anything left of them (Figure 5). Excavations carried out by foreign archaeologists up to a century ago, and now more often by local archaeologists, have left a vast number of mosaics exposed on sites which are beyond the resources and skills of the authorities to protect and maintain. The options faced by the authorities regarding the conservation of mosaics still on their original bedding are much better than if they had been detached and relaid. An in situ mosaic on its original bedding can be protected and conserved for the longterm by reburial, while a mosaic relaid on reinforced cement cannot. The other option for in situ mosaics is to protect and present them under a new shelter construction (see Gionata Rizzi, “Sheltering the mosaics of Piazza Armerina: issues of conservation and preservation” in Heritage, Conservation and Archaeology), however this option is much more expensive. In situ mosaics will not necessarily survive in the long-term in the open air, even if provided with continual maintenance. The artistic and historical value of some mosaics on sites certainly merit protection by shelters and presentation to the public, but the majority of mosaics on sites do not. This does not imply that they should be left exposed until they are either beyond repair or have become a loose pile of tesserae. A recent assessment of mosaic reburials in Tunisia has shown that just a few centimeters of sand placed over a mosaic can prevent significant deterioration of a mosaic.  The deeper the reburial fill covering, the more protective and stable the created environment will be for the mosaic, but with a very limited budget, the slow destruction of mosaics through exposure to the elements can be avoided even with very shallow reburials.

The challenge national authorities face in addressing the conservation of mosaics, both those already detached (Figure 6) and those left in situ (Figure 7), is daunting, and requires human and financial resources beyond what governments are currently willing to provide. The political will is required to reform and fund their cultural institutions so that they are capable of fulfilling their conservation obligations. The problems they  currently face in preserving the ancient mosaic heritage are inherited from decades of poor planning and decision-making, insufficient resources, untrained or poorly trained personnel at all levels, and neglect. While some foreign archaeologists and conservators have contributed to these problems, this kind of needed change is difficult for foreign individuals to effect while working in another country, except by example of their own professional conduct. However, foreign or international institutions, working in a coordinated way and carrying out long-term training initiatives and model conservation projects, can provide the seeds for improved site and mosaic conservation practice and management in the future.

The survival of mosaics through reburial

New discoveries of mosaics will continue to present opportunities and burdens for archaeologists and national conservation authorities, but with national policies of limiting the detachment of mosaics and strategies for the reburial of in situ mosaics preceded by their documentation and stabilization (Figure 8), the current crisis in mosaic conservation in many countries could be overcome. It is a cliché in the conservation field that the biggest conservation problems faced today are those created by the interventions of the past, but it is especially true in the mosaic conservation field where the many mosaics which have been detached and relaid on reinforced concrete in the past have created perhaps the most serious problem for the contemporary conservator. Conservation and technician training initiatives in Mediterranean countries should focus not only on in situ conservation, but also on techniques for removing harmful backings and relaying them, as much as possible, back in situ on lime mortar foundations. In this way, the long-term protection of the relaid mosaic can also be addressed most economically through reburial. As a preventive conservation intervention, reburial is well-suited to protecting archaeological mosaics as they decorate mainly horizontal floor surfaces. Yet in many countries there is still a reluctance to carry out reburials widely because it removes the mosaics from view and makes them no longer of benefit to the visitor. But the alternative to a vigorous program of reburial at many sites with mosaics is their loss forever.