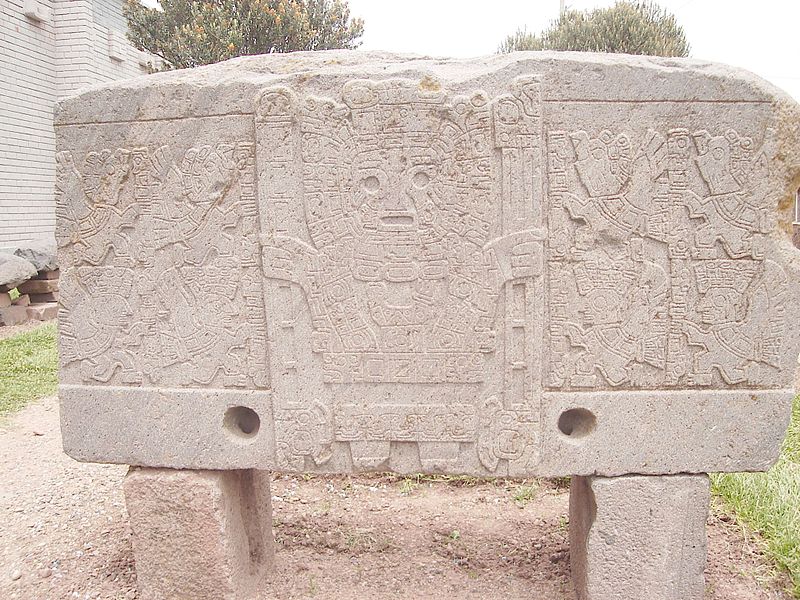 On June 27, 2011 after a brief introduction, the Chair, Katharine Reid, opened the Open Session of the Closed Meeting of the Cultural Property Advisory Committee about the extension of the Memorandum of Understanding (MoU) (1989, 2006) with Bolivia about restrictions on the import of historical, ethnographic, and archaeological cultural objects into the United States. A list of speakers was provided and the speakers were given an hour for all the presentations.

The first speaker was Pablo Menacho Esq., the Bolivian Consul of the Bolivian Embassy in the United States. He stressed that Bolivia was taking positive actions to prevent loss of its cultural heritage and that the Ministry of Culture was preparing a document for the Cultural Property Advisory Committee. Menacho stated that that any further information from Bolivia about the MoU would be presented through Luis Alipaz, the Cultural Attaché (who was also present). Menacho was asked about the new name Plurinational State of Bolivia and the state of local museums in the country by the Committee. He responded that the name change was to emphasize the current government’s inclusion of traditionally non-empowered citizens of many different ethnic groups, but did not answer the question about museums.

Dr. Sonia Alconini was the second speaker. She has been a practicing archaeologist working in Bolivia for 30 years. Alconini emphasized the sustained collaboration between archaeologists and local communities for most archaeological research in Bolivia as evidenced by local engagement in cultural heritage. In addition, she presented numerous examples of objects of probable Bolivian origin on auction websites such as eBay and briefly discussed two cases of robberies of Colonial paintings in recent years. In addition to important cultural heritage smuggled out of Bolivia, Alconini stated that Bolivia is a key node for trafficking of objects from neighboring countries.

A committee member stated that the past Director of Unidad Nacional de Arqueologia said that Bolivian authorities cannot prosecute looters that they do not catch in the act of destroying archaeological sites. Alconini replied that Bolivian Law implies that the act of looting does not have to be “in progress” to be identified and documented. Alconini was also asked about the state of in-country training of professional archaeologists and she replied that some 40-50 professional archaeologists are practicing in Bolivia and many more are currently in university programs.

Stephen J. Knerly, Jr., Esq., a partner at Hahn Law in Cleveland and an expert in nonprofit corporate law and art law, represented the Association of Art Museum Directors. Focusing on Determination 4, he argued that any MoU extension must not inhibit the exchange of cultural objects between Bolivia and the United States for long term exhibits. Knerly claimed that current Bolivian law prohibits long term loans and makes object exchange difficult or impossible according to laws posted on the UNESCO website up to 2001. Donna Yates pointed out that current Bolivian law does not prohibit loans of objects if the President agrees with the exchange which would probably be in consultation with regional and local authorities.

Dr. Clark L. Erickson was the fourth speaker. Having conducted research in Bolivia since 1974, Erickson addressed Determinations 1 and 2 in his presentation. He argued that Bolivians appreciate and fight for their cultural heritage despite a poor economy and other difficulties. He pointed out that urban development, road construction, and highland colonization of the lowlands in Bolivia in the past three decades has exposed previously inaccessible archaeological sites to destruction and looting. Erickson presented an example of a collection of objects intended for international sale that ended up as the core collection of the new museum of the Department of the Beni because the owner was convinced by local scholars to keep the materials in country. He emphasized that the loss of important ethnographic cultural heritage due to low level, informal international trafficking was not recognized until the original MoU and its extension, which had an a significant impact in making Bolivian and U.S. citizens aware of this issue. Erickson argued that the influential Casas de Cultura in many towns and cities, the training a new generations of professional archaeologists, popular participation laws and autonomy that empowers local and indigenous communities, and establishment of local museums are evidence that Bolivia is making progress on cultural heritage issues.

Donna Yates, a doctoral student in Archaeology at Cambridge University was the fifth speaker. Yates emphasized that the focus on the autonomy movement of the present Bolivian government and empowerment of native and local communities were better for protecting cultural heritage than past more centralized governments. When communities and indigenous groups have a vested interest in the development of cultural heritage and tourism, they and their governments have a better chance at protecting and managing cultural heritage. Yates pointed out that recent laws (2010) for the management of archaeological sites and resources at the local level still rely on oversight from the central government which has not relinquished ownership of objects in or out of the ground. She entered into the record additional evidence of the presence of objects with probable Bolivian origin on popular internet auction sites and that many important prehistoric cultures that produced objects that are valued in the international art market often cross present day international boundaries that may include countries with no MoU agreement.

Yates was asked a number of questions about her presentation. She discussed the relationships between local and national law in Bolivia and the on-going inventory of material cultural heritage being conducted by the Bolivian government and the importance of autonomous indigenous/local communities and the central government. Yates provided a case study of the modern town associated with the World Heritage Site of Tiwanaku that actively seeks resources for cultural heritage conservation and management by becoming an NGO-like organization. She also pointed out that loans to local museums are guaranteed by a recent Supreme Decree.

Several of the speakers were asked what the committee could add to the agreement to, essentially, make the Bolivian government respond positively and what wording should be added to the agreement. Yates said that the idea of community participation with the emphasis on the word community would be compatible with the current government’s focus and be a realistic acknowledgement of how the state is now structured.