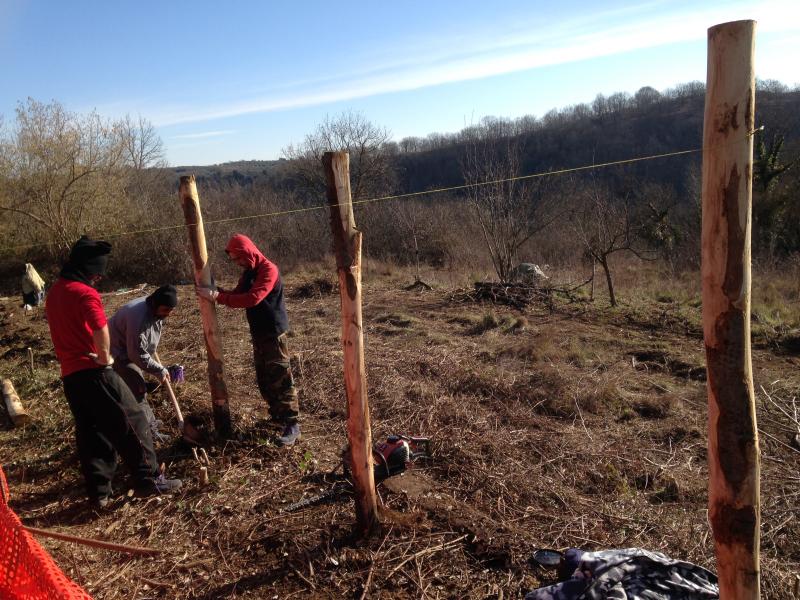 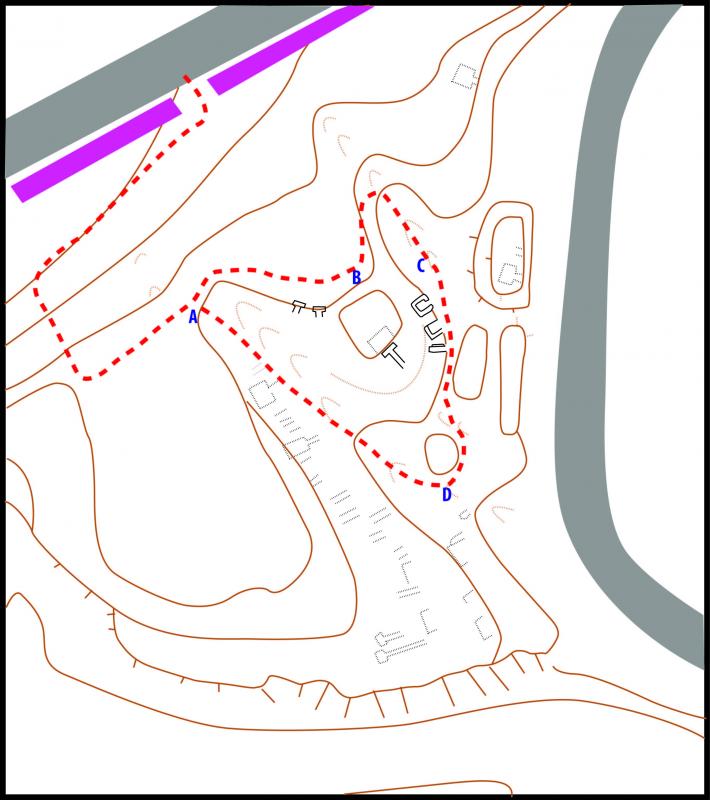 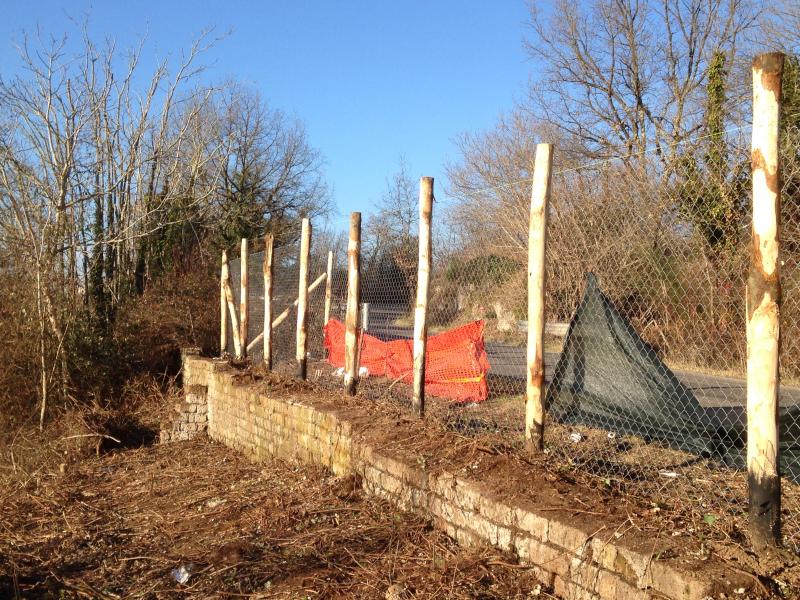 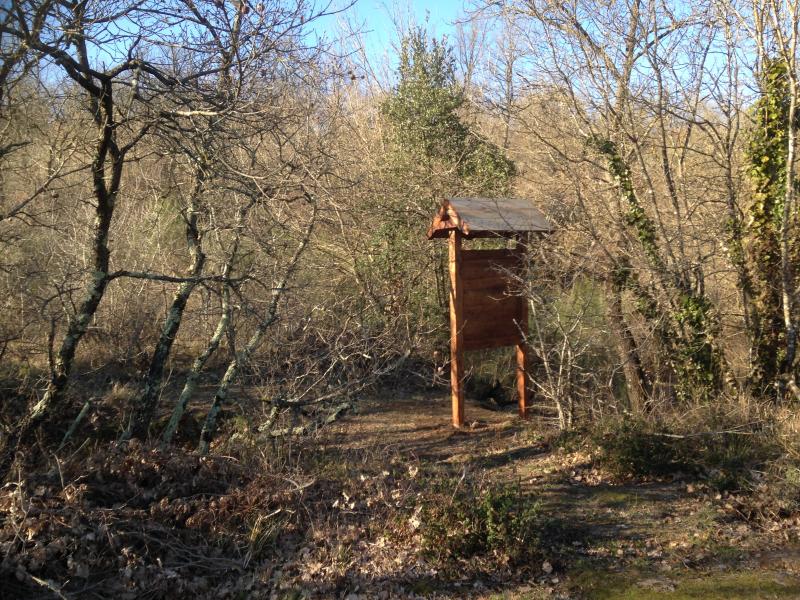 Work has continued steadily at “Adopting Narce: Rescuing a Forgotten Past” since we last updated you in the fall.  After the first event of “Cleaning La Petrina” at the end of September 2014, we worked on the creation of an updated digital map of the cemetery with the exact location of the archaeological path.  At the same time, we collaborated with the Municipality of Mazzano Romano, to survey the entire slope, which redefined the cadastral map and allowed us to virtually place where the panels explaining the history of the necropolis would go on the site.   In the spring, we focused on building the fence to protect the site from looting and trespassing, which had turned the necropolis into a rubbish dump.  After cleaning the entire area and properly removing dangerous asbestos, we traced the orientation of the new fence.  According to the guidelines suggested by the Regional Park Valle del Treja, the entire fence has been made of wood with an aluminum grid.  Once the fence was assembled, we worked on the panels and created a natural trail for visitors to walk.  Dangerous holes made by tomb looters were finally backfilled using the soil resulting from the cleaning of the path. Together with the conservators from the Istituto Superiore per la Conservazione e il Restauro (University for Conservation) we have also been monitoring the cracks in the natural tufa bedrock and especially on the architraves of the tombs as well as plant growth and root movement in the tufa.

Since its initial proposition, the ANP has been devoted to the creation of an association of volunteers, who will be responsible for the maintenance of the site after the end of the two-year project. We selected fifteen volunteers to do so, and in March 2015 they formed the association “Amici del MAVNA” (“Friends of MAVNA”).  The association consists mainly of archaeologists, conservators, and passionate volunteers from the local community who decided to devote part of their time to the preservation of this important archaeological site. We consider this volunteer association one of the most important goals we have achieved with the ANP. They have already organized two special events: “Night at the Museum”, where they presented the exceptional discoveries from La Petrina, and “A cavallo tra le tombe”, where they led horseback riding at the necropolis.  We also organized a second day of cleaning in April 2015, focusing on an area that was not accessible in the past year due to the infesting weeds. The volunteers did a tremendous job and the day was a great success.  In order to present the results of the ANP we organized an exhibition in the MAVNA museum devoted to the site of La Petrina.  Almost 600 people came to the opening of the exhibition, “Times of Ritual”. Since its opening, 1500 visitors have come to the museum and some have visited the site of La Petrina during organized tours (the site won’t be accessible every day until next year).

Educational programming has continued at all age levels at the ANP.  The kindergarten classes have recreated the votive masks from the sanctuary.  The students of the elementary school have started to write a novel about the history and evolution of La Petrina. In one story, two children discover a magic gate that leads into a fantasy woodland where they meet a shining warrior on a white horse, a priest who makes sacrifices, farmers planting trees, and the female protagonist of a spaghetti western movie; a very interesting story indeed. The junior high school students helped mark the archaeological path with red paint.  Finally, the local technical high school students created scale models of the evolution of the sanctuary during the 5th, 4th and 3rd centuries. The models are now on display in the MAVNA museum.  Next year will be devoted to finishing the panels with explanations on the site, creating the web page and videos of the ANP, and continuing with training and education both for students and adults.