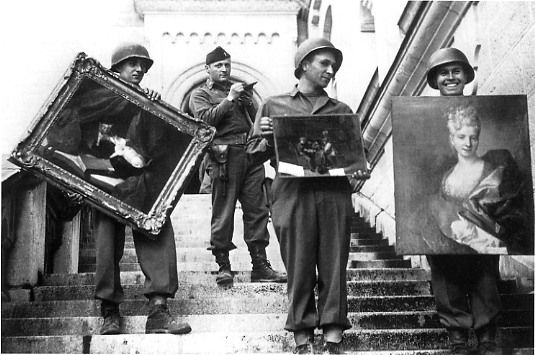 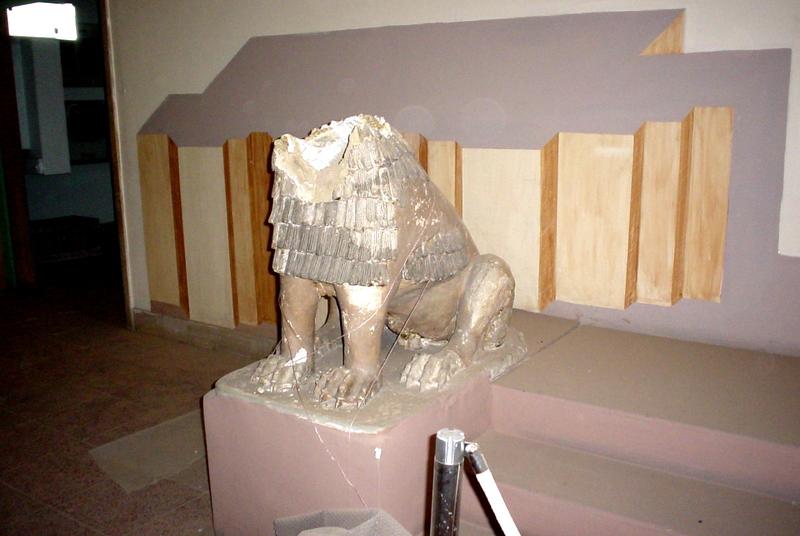 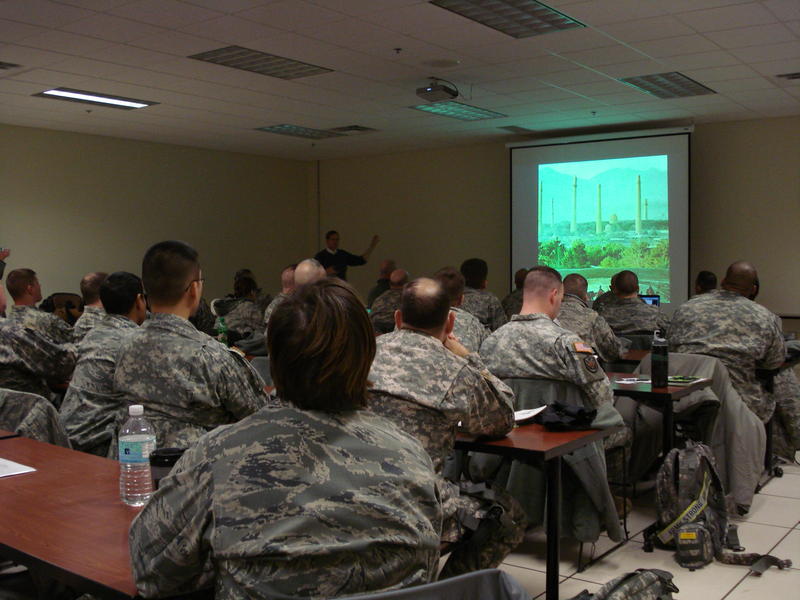 On March 13, 2009, the United States deposited its instrument of ratification of the 1954 Hague Convention for the Protection of Cultural Property in the Event of Armed Conflict with UNESCO. This watershed event, which took more than 50 years to achieve, was the result of years of work by a number of individuals and organizations. Now that we have achieved this monumental goal, will the 1954 Hague Convention really help prevent damage to cultural property during future armed conflicts? This will depend to a certain extent on how we in the U.S. cultural heritage professional community help to promote and carry out our own responsibilities toward domestic implementation of this important international treaty. Here we will explore a bit of history, the basic provisions of the Hague Convention, and how we as heritage professionals can support efforts to ensure it is effective.

In 1954, the nations of the world gathered in The Hague to draft the first-ever international treaty dedicated exclusively to the protection of cultural heritage during armed conflict. While earlier international treaties made mention of protections for cultural property, this time the focus was on the massive damage to cultural property and sites during World War II. Carried out primarily by the Nazi regime, this included the largest organized looting of both private and public collections in history. While the U.S. representatives to the Hague conference were very much involved in drafting the treaty, and indeed even signing it, unfortunately Cold War political considerations prevented the then President, Dwight Eisenhower, from sending it to the U.S. Senate for ratification.

After the end of the Cold War, President Bill Clinton finally reconsidered the Hague Convention and in 1999, with full support from the U.S. Department of Defense, sent it to the Senate Committee on Foreign Relations. The U.S. Committee of the Blue Shield, a nonprofit organization dedicated to the protection of cultural property during armed conflict, partnering with the Lawyers’ Committee for Cultural Heritage Preservation and the Archaeological Institute of America, led a coalition of U.S. cultural organizations providing written testimony to the U.S. Senate in support of ratification. The SFRC held hearings in April 2008 and the full Senate voted to ratify the treaty on September 25, 2008 (note that the U.S. ratification includes only the main convention and not the two Protocols thus far).

While these basic agreements between nations to respect one another’s cultural heritage are indeed important, a critical element of the Hague Convention actually begins closer to home. Chapter 1, Article 3 states:

The High Contracting Parties undertake to prepare in time of peace for the safeguarding of cultural property situated within  their own territory against the foreseeable effects of an armed conflict, by taking such measures as they consider appropriate.

In other words, each State Party is first responsible for protecting its own domestic heritage against potential armed conflict. This may include prioritizing and listing important national heritage with UNESCO, ensuring cultural property is included in national disaster plans, and marking protected cultural sites with the symbol of the Blue Shield as set forth in the 1954 Hague Convention (this is similar to use of the Red Cross in the Geneva Conventions). These measures are often fulfilled by a nation’s ministry of culture, but the absence of such an entity in the U.S. complicates matters. Who will decide whether we submit a list to UNESCO or whether we should mark cultural sites with the Blue Shield symbol? How will we bring together nonprofit and governmental organizations on this issue?

These questions were addressed during a conference entitled Culture and Conflict: The U.S. & the 1954 Hague Convention,hosted by the U.S. Committee of the Blue Shield and the Lawyers’ Committee for Cultural Heritage Preservation, October 22–23, 2009, in Washington, D.C. Bringing together stakeholders from the government, such as the Departments of Interior, State, and Defense, and the nonprofit community of museums, libraries, archives, universities, and sites, the conference sought to raise awareness about our new responsibilities under the Convention. Attendees agreed that the U.S. cultural heritage community must work together to ensure implementation of the 1954 Hague Convention and demonstrate that our ratification is not just an empty promise but a real commitment to the protection of our own cultural property and that of our colleagues around the world.

Another provision of the Convention relating to peacetime implementation is Chapter 1, Article 7, which requires each States Party to:

[P]lan or establish in peacetime, within their armed forces, services or specialist personnel whose purpose will be to secure respect for cultural property and to co-operate with the civilian authorities responsible for safeguarding it.

As mentioned above, the 1954 Hague Convention was drafted as a response to damage and looting of cultural property during World War II. This particular provision is a direct reference to the successful Monuments, Fine Arts, and Archives program within the Civil Affairs branch of the Allied armies. This program fell within the purview of the Civil Affairs Division, where it still resides today. These MFAA (also known as Monuments Men) were cultural heritage professionals, most of whom were already serving in the military either as draftees or volunteers. Gathered in special teams, they were dedicated to salvaging, preserving, and, after the war, repatriating cultural property damaged or looted during the war. Today, this provision is much more difficult to comply with, as the U.S. has an all-volunteer military in which relatively few cultural heritage professionals serve.

One solution to this lack of uniformed professionals is the U.S. Committee of the Blue Shield Military Cultural Property Training initiative. USCBS, in partnership with the Archaeological Institute of America and the American Institute for Conservation of Historic and Artistic Works, provides training for deploying U.S. military units, particularly Army Reserve Civil Affairs units. Civil Affairs personnel serve as military liaisons to civilian officials in the theater of operations, including those working with cultural heritage. The training involves sections on the 1954 Hague Convention and how it relates to U.S. military doctrine, information on basic object conservation and handling, and a lecture on the archaeological history and resources in the theater of operations. The archaeology lectures are taught by a professional archaeologist with expertise in the given region. Past trainers include AIA President Brian Rose, past AIA President Jane Waldbaum, past AIA Vice President John Russell, and National Geographic Fellow Fred Hiebert. These individuals are incredibly valued by the more than 1,000 troops they trained thus far.

While this program has provided basic information to military personnel with an immediate need, now that the U.S. has ratified the Hague Convention we must institutionalize the training and try to ensure that more cultural heritage professionals become part of our uniformed force. This may require some of the same types of incentives used for other critical personnel shortages, such as cash bonuses and direct office commissions and transfers from other units into Civil Affairs. Such trained personnel are clearly not only a requirement for compliance with the 1954 Hague Convention, but are the only way to ensure that cultural heritage protection is included in the planning and execution process for all U.S. military operations. The U.S. Committee of the Blue Shield and its partner organizations are available to assist with training and expertise to help the U.S. military comply with our nation’s obligations under international law.

Now that the U.S. has signed onto the 1954 Hague Convention, we in the cultural heritage community must become familiar with the convention provisions and help to ensure our success in implementing the treaty. This requires developing adequate disaster plans for collections and sites during peacetime, something those responsible for collections should be doing in any case. For the purposes of the 1954 Hague Convention, we must take this to the next level by coordinating our disaster planning with local, state, and federal disaster plans. In today’s volatile environment fraught with man-made and natural disasters, this is common sense. Finally, we must also ensure that our peacetime training commitments include our military, an organization that is often confronted with situations involving cultural property at risk from armed conflict and other disasters. Only after these basic tasks set forth by the 1954 Hague Convention have been accomplished can we gauge its effectiveness in preventing or mitigating damage to cultural heritage in the next armed conflict.

Corine Wegener is an Associate Curator of Decorative Arts, Textiles, and Sculpture at the Minneapolis Institute of Arts, founder and President of the U.S. Committee of the Blue Shield, and Major (retired), U.S. Army Civil Affairs.